If Egypt is not forthcoming with more information, relations between the two countries could be damaged, Italian minister says 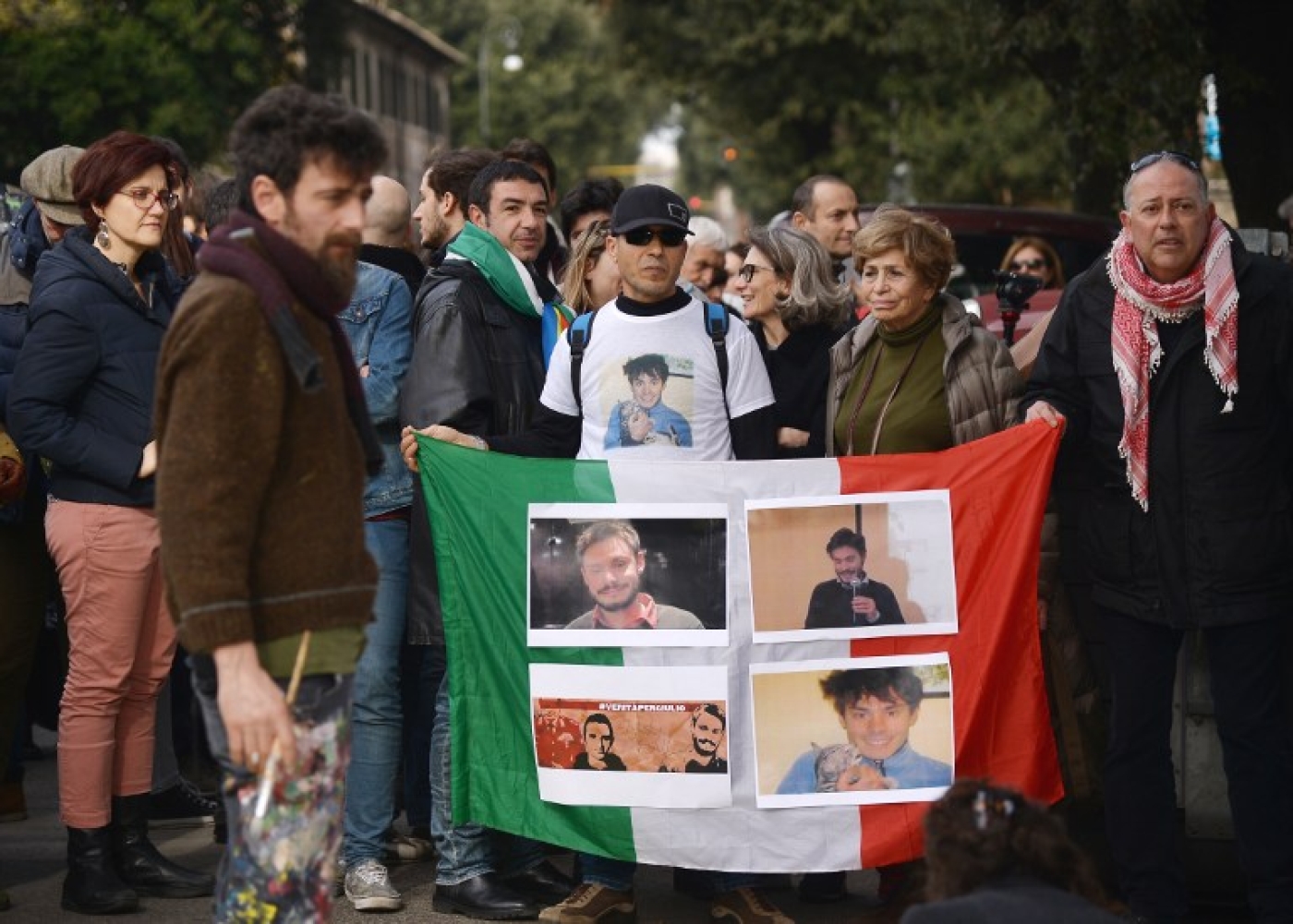 Italy has increased pressure on Egypt over murdered student Giulio Regeni, warning it won't accept a "fabricated" account of the Italian's torture and murder from Egyptian prosecutors and police due in Rome on Wednesday.

Foreign Minister Paolo Gentiloni spoke of unspecified "proportionate" consequences if Rome's demands for greater transparency as to Regeni's fate were not met.

Regeni, 28, a PhD candidate at Cambridge University, was found dead outside Cairo on 3 February, his body bearing the signs of torture, which an autopsy concluded had been inflicted over several days.

His mother later said his body had been so badly mutilated she could only recognise him by the tip of his nose.

Regeni had been researching labour movements in Egypt, a politically sensitive topic, and had written articles critical of the government under a pen name.

On 25 March, Cairo announced police had killed four members of a criminal gang specialising in abducting foreigners, and that they had found Regeni's passport in the apartment of a sister of one of the slain suspects.

That version of what happened to Regeni was greeted with outraged scepticism in Italy, where there is a widespread suspicion that the murder was the work of elements in the security services. Cairo has rejected that theory as baseless.

Gentiloni reiterated that Italy regarded the kidnapping gang story as a "new attempt to give credence to a convenient truth", and said he would reject any attempt to have it accepted as "a conclusion to the investigation".

Egypt responded tersely to those remarks. "We refrain from commenting on these statements which complicate the situation, particularly as they come one day prior to the arrival of the Egyptian investigators' team," the Foreign Ministry in Cairo said in a statement.

Italian Prime Minister Matteo Renzi said Italy would not stop until it got "the truth, full stop. The real truth.

"We owe that to Giulio, his friends, his mother, father, his little sister and we owe it to all of us. We hope and we think Egypt can cooperate with our magistrates ... we want, we want, we want the truth to the see the light of day."

During the visit, Egyptian authorities are expected to admit that they tracked the movements of Regeni before his murder, compiling an “exhaustive dossier” detailing his meetings with street traders and trade unionists, which they will hand over, according to Egyptian daily Al-Akhbar.

Gentiloni told Italian lawmakers that Rome is still waiting to receive Regeni's mobile phone records and CCTV images from the neighbourhood in which he was abducted. The minister also said Italy was seeking information on Regeni having "probably been placed under surveillance prior to his abduction".

If these elements are not forthcoming, Gentiloni warned of damage to the usually close relations between the two countries.

"The government is ready to react by adopting immediate and proportionate measures," he said, rejecting suggestions Italy could not afford a break with a major trade and security partner.

"In the name of reasons of state, we will not accept a fabricated truth... and we will not allow the dignity of our country to be walked all over."

Egypt's public prosecutor's office said the team headed for Rome would be led by Deputy General Prosecutor Mostafa Suleiman and would "present the results of the investigation conducted by the Egyptian general prosecution in the case so far".

The delegation was initially due in Rome on Tuesday, but the trip was delayed for undisclosed reasons.