Despite living in their homes for decades, Israel is set to evict hundreds of Palestinian residents from a historic neighbourhood of the city 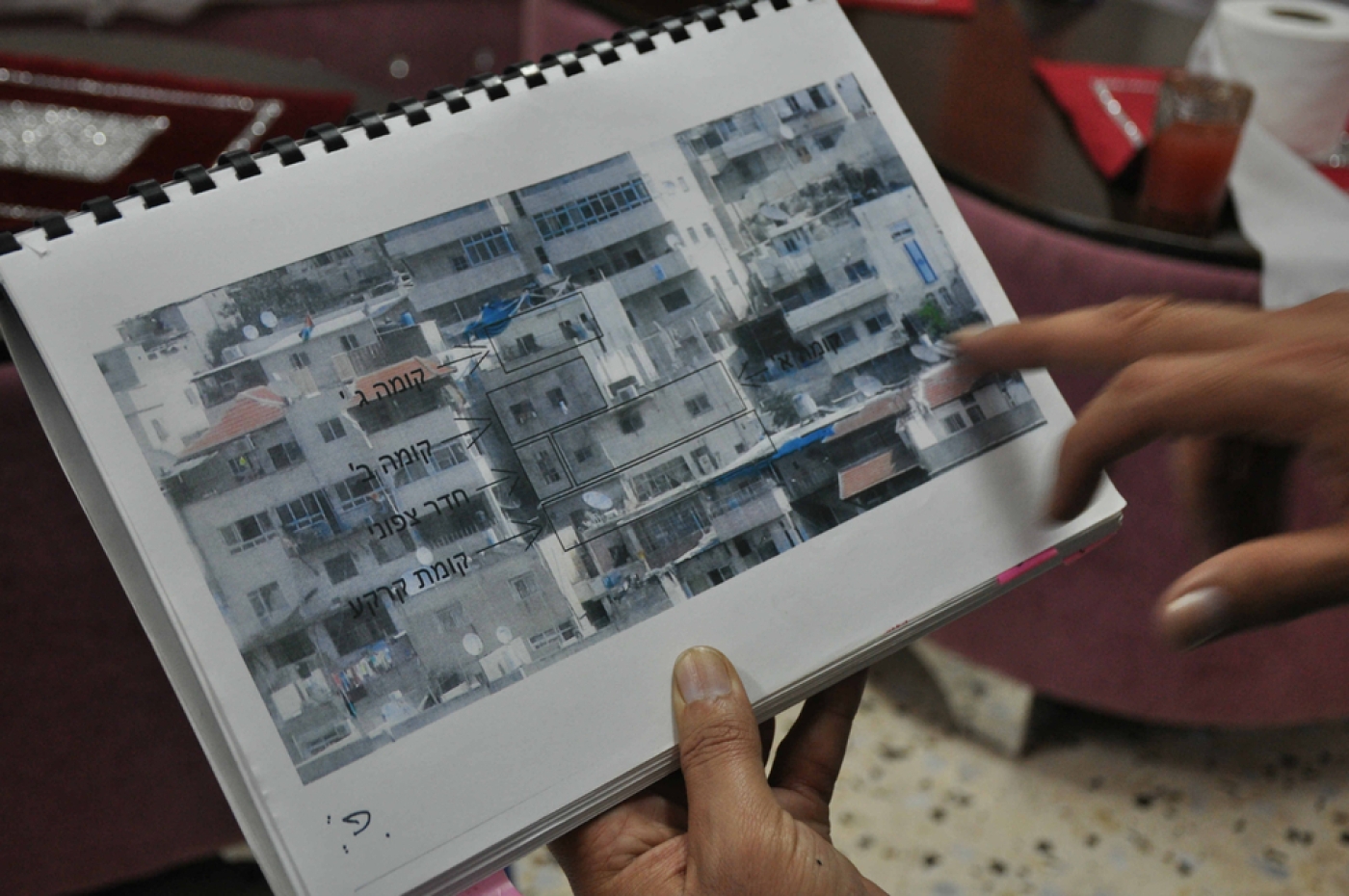 JERUSALEM – In the narrow, two-way winding roads of Batn al-Hawa, some 84 Palestinian families, nestled in homes on a steep slope south of the Old City of Jerusalem, live in fear of being displaced by Israeli settlers.

Israeli rights group B'Tselem said the high court was “sanctioning the broadest move to dispossess Palestinians since 1967”, when Israel occupied the city, the West Bank and Gaza Strip.

The court ruled the case should be solved in the Jerusalem magistrate court rather than the high court, in response to a petition by Batn al-Hawa’s residents against their eviction orders, which have been systematically issued since 2014.

The Palestinian families have been there since the 1950s and have papers to prove it, including contracts. But Silwan’s proximity to the Old City and its importance to Israeli settler groups attempting to consolidate Jewish control over Palestinian neighbourhoods around it make the families a target of ethnic cleansing.

'The fight isn't over'

Zuheir Rajabi, a Palestinian homeowner, sits in his modest living room flicking through security camera feeds, some 10 metres away from an Israeli settler building and police station.

He is the spokesperson for the Batn al-Hawa Committee, a group created to form a united front against Ateret Cohanim in Israeli courts.

“We have no choice but to resist through the so-called legal system here. We have no alternative. If we surrender, we’ll be thrown on the streets,” he tells Middle East Eye.

“The fight isn’t over yet. We will continue petitioning and maybe even turn to international courts. Some 80 percent of the residents here are refugees of 1948 from all over Palestine, and now they want to displace us again?”

Silwan is a relatively poor and overpopulated neighbourhood, but the lack of sanitation and ghettoisation of Batn al-Hawa and nearby areas is particularly striking. The roads have no sidewalks and are barely wide enough to fit one car.

“We pay taxes like every other Israeli, but the municipality does not collect the trash. We have sewage on the streets and rats. This is how they pressure us to leave,” says Rajabi.

Batn al-Hawa and Silwan as a whole have long been a target of Ateret Cohanim, which pressures Palestinians into leaving their homes by offering large sums of money for land, and waging lengthy and costly legal battles against the residents who refuse to be bought out.

Some 80 percent of the residents here are refugees of 1948 from all over Palestine, and now they want to displace us again?

The group was largely funded by the late American Jewish millionaire Irving Moskowitz. It has stated aims of working with Israeli authorities to reinforce control over the “historic basin” of the Old City, in order to thwart any chance of these areas becoming part of a Palestinian capital in East Jerusalem.

The Israeli justice system is vastly weighted in the settlers’ favour. In 2002, the Israeli justice ministry silently transferred ownership of the Batn al-Hawa families’ lands to Ateret Cohanim without informing the Palestinian residents.

A year prior to the land transfer, three members of the settler group were appointed as trustees to the Benvenisti Trust, a Jewish fund that Ateret Cohanim claims owned the property in the 19th century and settled Yemeni Jews there.

With the current legal system in Israel allowing Jews to claim property that was owned prior to the 1948 war that created the Israeli state – while denying the same to Palestinians – Ateret Cohanim and the trust effectively control the fate of at least 84 families who have lived in Silwan for decades, some for 60 years.

The families, who have borne the brunt of the legal battle, submitted a petition in June signed by 104 Palestinians from the neighborhood, arguing that under the Ottoman law which applied at the time, only the homes and buildings – which no longer exist - were owned by the trust, but not the land itself.

In that month, the Israeli government admitted that the justice ministry had failed to investigate the trust and the Ottoman-era law before issuing title deeds to the Benvenisti Trust in 2002.

Today, some 20 Israeli families have moved in between Palestinian homes in six different apartments and buildings, after purchasing land from Palestinian homeowners for huge sums of money. According to Rajabi, those who sold their properties were paid between three million to 30 million shekels ($800,000 to $8 million).

According to Haaretz, Ateret Cohanim employees have offered residents the services of sex workers in return for selling their property, and often threaten to publicise negotiations, endangering the owner’s life if he refuses to sell.

Ateret Cohanim hopes to Judaise the neighbourhood by settling more Israelis in the homes of Palestinians targeted in the latest court case for 84 families.

The presence of settlers, who are legally allowed to carry weapons, has led to devastating effects on the Palestinian community.

Following their arrival, the government built a police station near one of the settler homes. The settlers, along with the army and police, routinely invade the privacy of Palestinians in their home, and attack and arrest residents, including children.

Najah Awad, a 65-year-old widow who lives with her children and nephews, was handed an eviction notice. She lives in a building attached to an apartment occupied by Israeli settlers.

The bottom floor of her house, under the settler home, reeks of sewage, and the paint on the walls is peeling away.

“Their bathrooms leak and the urine is coming down into our walls,” she says. “We’ve complained to the police, but they did nothing.”

“The soldiers come into our homes and arrest our boys. The settlers can do whatever they please, but for us, we live in a police station. We’re not allowed to fix our homes or live peacefully,” Awad continues, glancing at the distressed white walls.

Awad has lived in her home for 50 years and says she has nowhere else to go.

“We’re not saying we want new homes – we want our own homes. We just want Israel to leave us alone.”

Similarly, 38-year-old Jadallah al-Rajabi, brother of Zuheir, faces eviction despite having the home’s proof of purchase from 1966.

“My father was working two jobs and he bought this house with his blood, sweat and tears,” he tells MEE in a community centre built for the Palestinian children of Batn al-Hawa, where he works.

“I didn’t kill a Jew, or kick anyone out of their home. We bought our home legally and have lived in it all our lives. They will have to kill us before we give up our homes,” he continues.

We bought our home legally and have lived in it all our lives. They will have to kill us before we give up our homes

“I know everyone here, I know this neighbourhood. This is my life, I am happy here. You say you want peace? Where is it? You’re coming into our neighbourhoods and forcing people out, throwing them on the streets.”

The father of four says children in the neighbourhood have become depressed and violent, often failing to achieve good grades at school.

“If they’re playing football, they have to stop until the Israelis pass with the security guards. How am I supposed to explain this situation to my children?” he asks.

“I was beaten and arrested in front of my kids for speaking out about the situation here. What am I supposed to tell my child? Do I tell them that we want peace with them? They can see the injustice with their own eyes.”

The settler colonialism faced by the residents of Batn al-Hawa is rampant across Silwan and East Jerusalem. Some 200,000 Israeli settlers live in occupied East Jerusalem, many in the midst of Palestinian neighbourhoods.

According to Israeli NGOs Peace Now and Ir Amim, between 2009 and 2016, 68 Palestinian families were evicted from Sheikh Jarrah, Silwan and the Muslim Quarter of the Old City.

And Israel is coming up with new methods to Judaise Palestinian areas.

The bill was promoted by settler group ELAD that manages the City of David Park, which includes the Wadi Helweh area of Silwan that lies under the al-Aqsa Mosque’s gaze.

As the Israeli government has designated Wadi Helweh part of the national park, the land, which is privately owned by Palestinians, has been off-limits for building.

However the new law will allow ELAD to construct settler homes in the area, where Palestinians risk demolition if they resort to building without permits near impossible to obtain from Israeli authorities.

“They claim a historic and cultural heritage to Silwan - that this was the City of David. It is tied to the history, religion and politics of the situation here,” Khalil Tufakji, a map and settlements expert in East Jerusalem, tells MEE.

“Israel and settler groups began building settlement homes in the midst of Palestinian areas to solidify Israel’s hold on Jerusalem and cut off Palestinians from the city.”

Back in Batn al-Hawa, many families suffer from sleepless nights as they await their unknown fate.

“Sometimes I lie awake and imagine what would happen to my family and children if we are evicted,” says Jadallah al-Rajabi.

“They gave away our land without even informing us. Is this not discrimination?”