‘This is not your country,’ Moti Yogev tells Joint List MKs as they travel to Brussels to rally international community against racist nation-state law 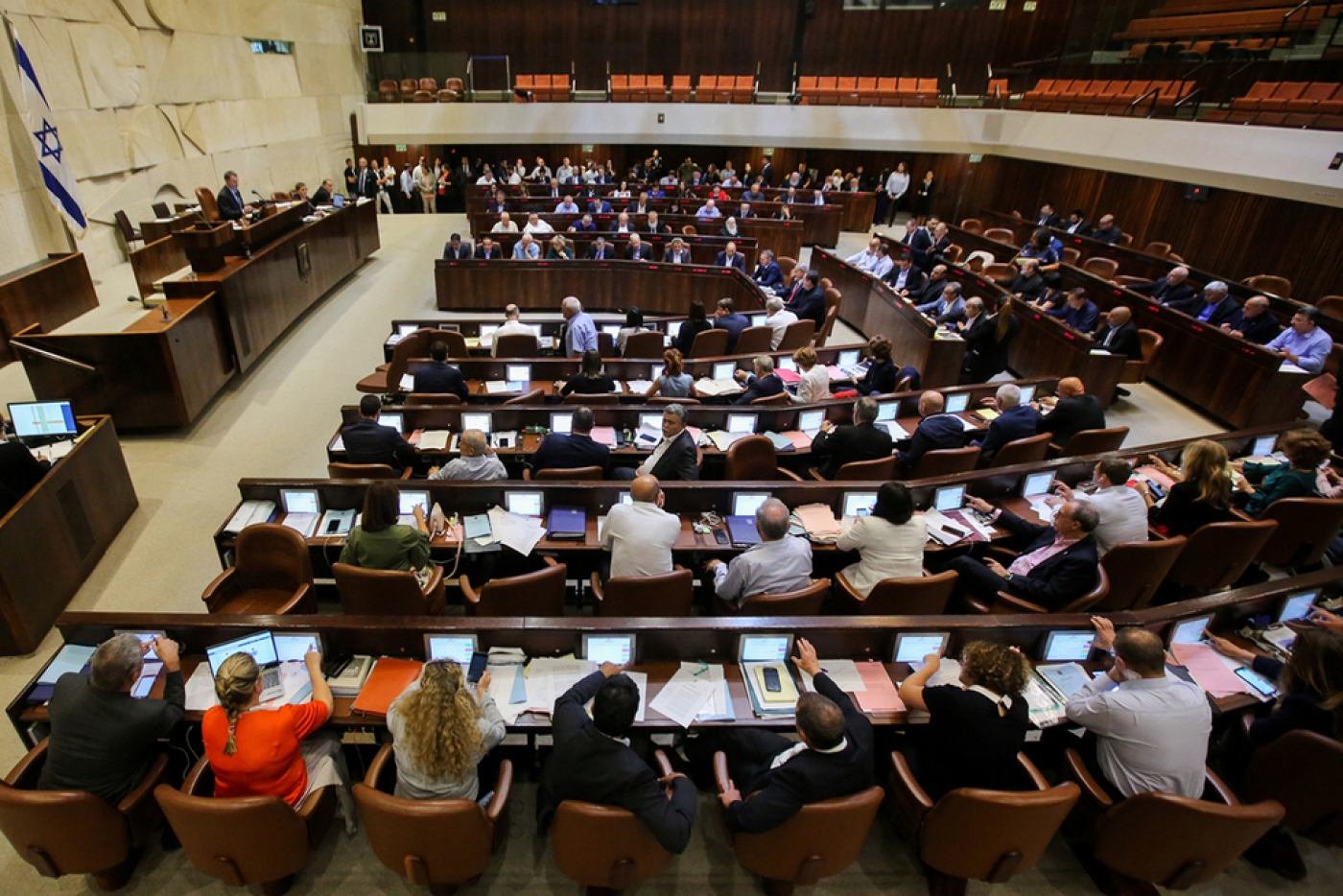 The nation-state law casts Israel as "the national home of the Jewish people", making no mention of equality or democracy (AFP)
By
MEE staff

A right-wing Israeli MK taunted a Palestinian Israeli delegation headed for Europe at Ben Gurion airport on Monday, urging them to leave for good.

While waiting for a group of new immigrants, MK Moti Yogev of the Jewish Home party told the delegation that Israel “is not your country”.

The Palestinian Israeli members of parliament were leaving for Europe to meet officials and urge them to oppose the controversial nation-state law passed on 19 July.

The nation-state law casts Israel as "the national home of the Jewish people," making no mention of equality or democracy and implying that the country's Jewish character takes precedence over Palestinians, Druze and Circassians.

“We congratulate you for leaving Israel. This is what you want,” Yogev told the delegation comprised of MKs Ahmad Tibi, Yousef Jabareen and Talab Abu Arar.

“This land will always be the Land of Israel and all the traitors should leave,” he added.

Yogev told the delegation that all of Palestine will become Israel.

“Even Ramallah will be part of Israel. Go to Paris, go to Britain, go to your anti-Semitic friends, go to whomever you want. Your place is in the departure lounge,” he said.

Tibi quipped back that Yogev should be taking his medications.

“Listen to your doctor’s advice - take your medicine three times a day,” he said.

After the quarrel, Tibi told Ynet News: "It is important for the world to know our opinion on the bill.

“We are travelling to Europe to present the situation after the nation-state law was passed,” Tibi said.

It is one of the country's Basic Laws, which act as a de facto Israeli constitution and would be difficult to overturn.

Israel's nation-state law has been forcefully condemned by Israel’s Palestinian citizens, who make up about 20 percent of the population, as well as by the country's Druze minority, many of whom serve in the Israeli military.