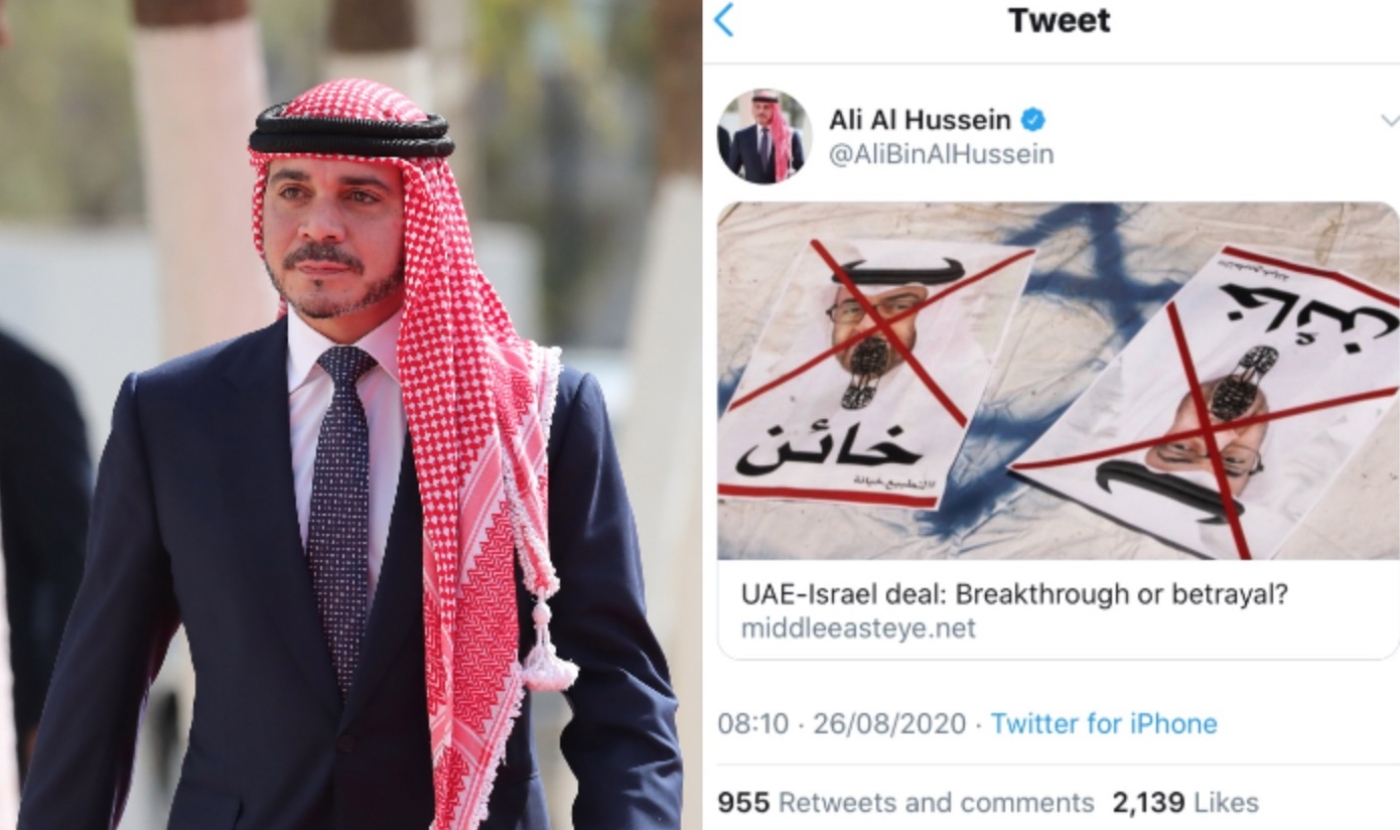 The tweet, which initially included a photograph of posters of Abu Dhabi Crown Prince Sheikh Mohammed Bin Zayed with the word "traitor" written across them, garnered over 900 retweets. However, the tweet was also met with a backlash from hundreds of people who criticised him for it.

The tweet was later taken down, and reposted with just the link, which has continued to stir reactions online.

The opinion article by Avi Shlaim, a professor of international relations at Oxford University, states that the Emiratis did not act in the interest of Palestinians and that they did not consult them before reaching a normalisation deal with Israel, instead choosing to go behind their backs.

Shlaim also expressed the opinion that Israeli Prime Minister Benjamin Netanyahu deserved no reward for putting his plans to annex roughly a third of the occupied West Bank on hold, as it would amount to a unilateral and illegal land grab.

“It is one thing for the rulers of the UAE to pursue their narrow national interest by bringing their decades-long covert cooperation with Israel into the open … but to pretend that the UAE struck the peace deal with Israel in order to help the Palestinians achieve their goals is rank hypocrisy,” Shlaim wrote.

The prince's tweet was met with both positive and negative reactions from social media users.

Translation: “A wonderful tweet and an honourable stance you have taken, may God protect you. All respect and appreciation for you, your Highness.”

However, some have called out the prince for his hypocrisy, citing Jordan's own peace treaty with Israel dating back to 1994.

Translation: “It seems like you forgot the 1994 Jordanian-Israeli peace treaty in Wadi Araba, your Highness.”

Translation: “Your Highness, this is a sovereign issue and not a simple family matter. Your choice to publish this article, with this specific photo, is detrimental for you and the Hashemite family and for the relations between the two nations. Do not forget it is against the ideology of our leader, may God protect him. I think you should apologise and delete this tweet with respect.”

According to Jordanian news site Al-Urdunyya, the tweet has caused widespread anger, and Jordan has reached out to the Emirates to alleviate the controversy caused as a result, stating that it did not reflect the Jordanian state’s official views.

In a series of tweets, the news site also claims that King Abdullah contacted Prince Ali personally, asking him to the delete the tweet.

Israel and the United Arab Emirates made their deal to normalise relations public on 13 August, which was met with condemnation from Palestinians and their leadership.

The US-brokered agreement said that Israel would agree to suspend its planned annexation of parts of the occupied West Bank as part of the deal. However, hours later Netanyahu said that he remained "committed" to annexing parts of the West Bank, despite such a move being illegal under international law.

The Palestinian Authority denounced the agreement in statement, calling it "a betrayal of Jerusalem, Al-Aqsa and the Palestinian cause", and demanded its retraction.

A number of Middle Eastern countries have expressed support for the UAE-Israel agreement publicly, including Bahrain, Oman and Egypt. Other countries in the region have indicated that they wouldn't follow suit and that establishing official relations with Israel was currently off the table.

Meanwhile, US Secretary of State Mike Pompeo arrived in the United Arab Emirates on Wednesday on the final leg of his Middle East tour, which also included Israel, Sudan and Bahrain.

This week, Washington also announced that the US was planning a Middle East peace summit in the coming weeks. 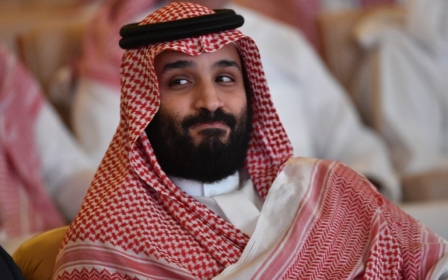 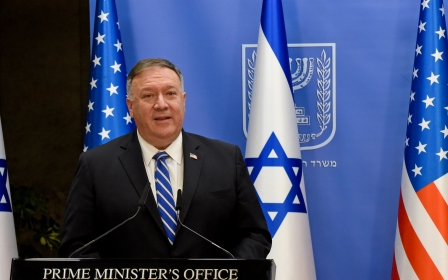 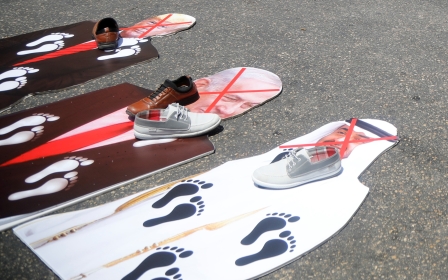