Jordanians are asking why more was not done to free citizens in the kingdom accused of aiding Hamas, while authorities are conspicuously silent When the judgements were handed down on Sunday, they came as a shock.

Sixty-nine Jordanian and Palestinian detainees in Saudi Arabia were tried together over alleged support for Hamas. Some were acquitted, but many were handed prison terms – the longest stretching to 22 years.

The case in Riyadh has been prominent in Jordan. The detainees - who included businesspeople, academics, and students - have been held since 2019, and their situation has stirred debate in parliament, on the street, and online. Jordanians have called on their government to secure their release, regarding the issue as political and one of national sovereignty. They have staged protests in Amman and waged campaigns on social media.

Instead, many will be held in Saudi prisons for years to come.

Most of the defendants’ identities are yet to be disclosed. Middle East Eye (MEE) understands the Jordanians sentenced to prison include businessmen, teachers, and an accountant. Some were accused of clandestinely funding Hamas through charitable endowments sent to Gaza.

An official Hamas source told MEE last year that the majority of the Palestinian detainees were Hamas members who had resided in the Gulf kingdom for decades, accusing Saudi Arabia of "targeting everyone who is linked with resistance" against the Israeli occupation.

Yet now it has remained conspicuously silent.

Khader Mashayekh, head of the committee for Jordanian prisoners in Saudi Arabia, described the Jordanian government’s position as “negative” – both before and after the sentencing.

“We have repeatedly called on the foreign ministry to help organise visits to the prisoners, some of whom were suffering from the coronavirus they contracted while being held. We asked that doctors join in the visits, but all our requests were not followed up on,” Mashayekh told MEE.

'We have repeatedly called on the foreign ministry to help organize visits to the prisoners, some of whom were suffering from the coronavirus'

“We never received a copy of the charge sheet and therefore we were surprised to learn that supporting charities in Gaza and the West Bank is a crime in Saudi Arabia. The sentences were very harsh and disproportionate, and should be rescinded.”

Abdel Karim Shridah, an attorney and head of Arab Human Rights Organisation, said the basic tenants of a fair trial were missing from proceedings and condemned the Jordanian government’s silence as “shameful”.

Amman has often taken a back seat when Jordanians have got into trouble in Saudi Arabia, and Shridah noted that it often defers using the excuse that Jordanian-Saudi interests need to be protected.

“Since when has the defence of one’s own citizens in a national cause of defending the holy places in Palestine been a crime?” he added, suggesting that the Saudi crackdown on Hamas was part of growing ties between the kingdom and the movement’s arch-nemesis, Israel. That sentiment was echoed by Saleh al-Armouti, an MP and head of the Jordanian bar association. He told MEE the “sentences are political, not legal”, and believes the government left the defendants to their own fate.

“The foreign ministry and the government had no role in this case. No one knows the number of Jordanians detained in Saudi Arabia, where they are being held. There is no follow-up,” he said.

At the very least, Armouti said, Amman should have appointed a lawyer to defend the defendants and ensured their families were looked after.

“There is an 85-year-old man who was sentenced to 22 years. These are political decisions that have nothing to do with the law. These people were simply collecting donations for years to support Palestinian families,” he said.

“The Saudi relations with the Zionist entity [Israel] have changed and their outlook on Hamas has also changed. The detainees include university professors, academicians, engineers, and other professionals who have been working in Saudi Arabia for years.” 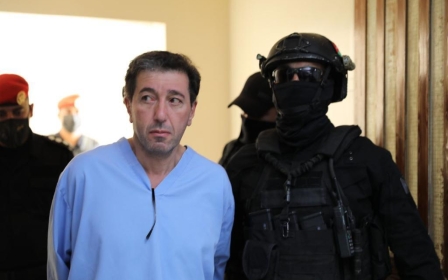 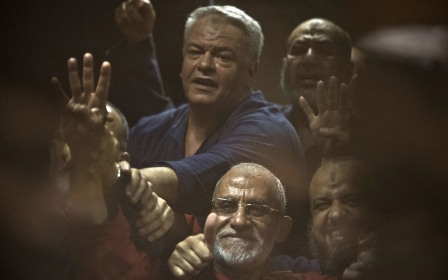