Temperature increases and water scarcity have delayed planting seasons in one of the kingdom's most fertile areas, reducing production and damaging crops 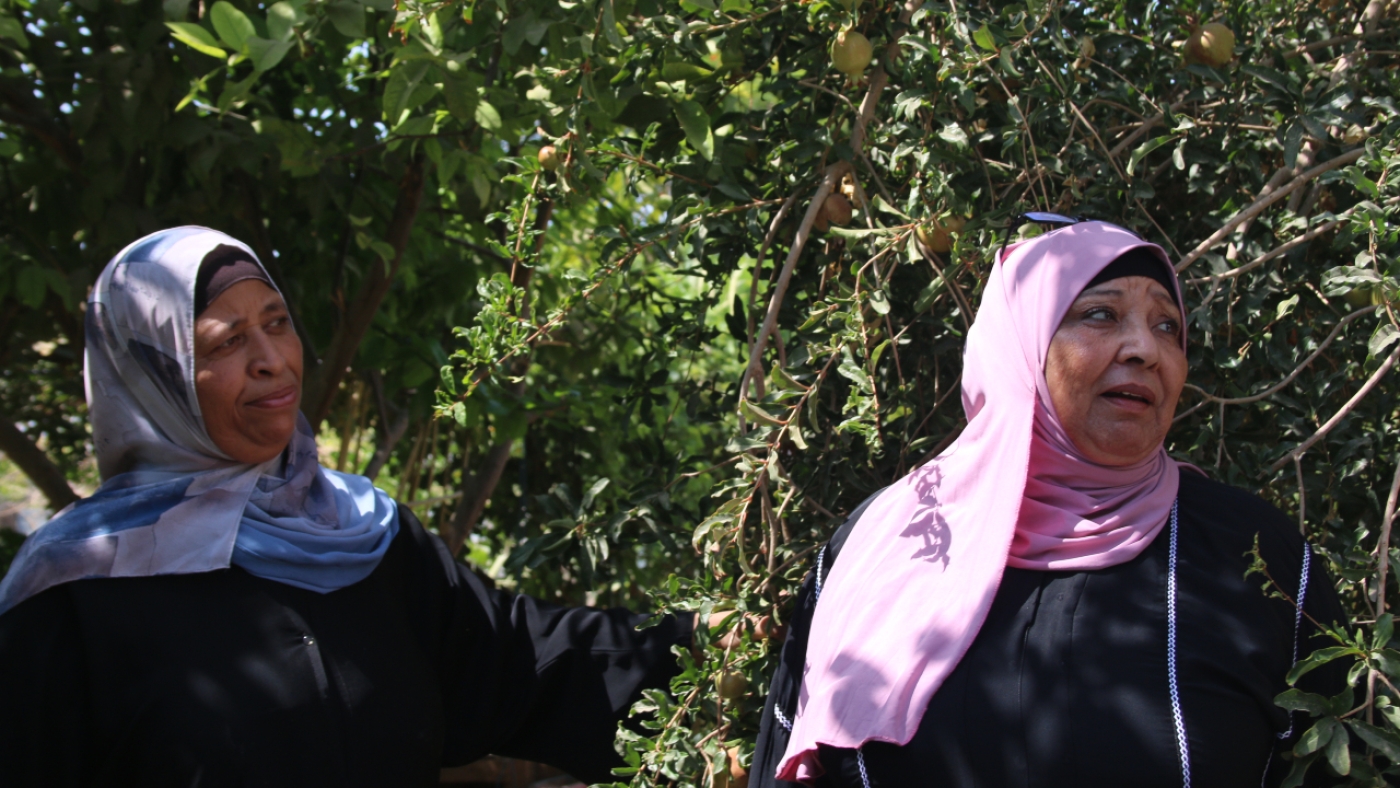 For the past six years, Abdullah al-Rowadi has been late to start planting for the winter season.

He says he and other farmers in the Jordan Valley now delay planting by at least two months, as they struggle to cope with high summer temperatures and dramatic changes to the timings of seasons.

“The effect of climate change [on our farms] is huge,” Rowadi, a farmer and head of the Ghor As-Safi Association, toll Middle East Eye.

'We used to start planting in July, but now we start in September or even October [because the summer months are too hot]'

“We used to start planting in July, but now we start in September or even October [because the summer months are too hot]. But then it gets cold very quickly.”

Rowadi mostly grows vegetables, including potatoes, cucumbers and tomatoes, on his farm in Ghor As-Safi, near the southern Dead Sea. He said that every year has brought with it a worse harvest, and heavier financial burdens.

Planting later in the year means avoiding the August heat – which reached over 46 degrees Celsius in some areas of Jordan this year, and saw municipalities deploying trucks to spray cooling mists over city neighbourhoods.

However, a late season also means having to deal with rapidly cooling temperatures that start from November, as well as the different kinds of pests which have thrived in the prolonged summer warmth.

Whitefly descended on new crops in the Jordan Valley this September, and will be a recurring issue in the years to come, said Rowadi.

“The flies are a big problem,” he said. “They distort the plants and weaken them, and then there’s less to harvest – the harvest will be later as well, by around a month, because of the flies.”

Mahmoud al-Oran, director general of the Jordan Farmers Union, told MEE that the pests and temperature shifts associated with late planting are affecting feed crops – for livestock such as sheep and goats – as well as food crops.

He explained that this is hitting livestock farmers financially, since they are having to buy additional feed for their animals.

“The green pastures [the livestock] feed on are going to be delayed... And the period the livestock can feed on them is much shorter than the previous years,” he said.

In September, the World Bank approved a $125m loan to Jordan, which aims to support the kingdom’s agricultural sector and improve climate resilience.

As part of the programme, more than 30,000 farming households will be provided with financing for climate adaptations, such as rainwater harvesting equipment and modernising irrigation systems, over the next five years.

The financing for “climate-smart and water-efficient agriculture practices” aims to support farmers to mitigate the effects of rising temperatures, reduced rainfall and more extreme weather patterns.

Over the last 25 years, Jordan’s annual mean temperature has risen by more than one degree Celsius. This warming – a result of manmade climate change – is projected to continue across most areas of the planet.

This week, a delegation from Jordan will meet with representatives of 196 other countries in Egypt for the annual UN climate summit, Cop27.

The conference kicked off to warnings of “climate chaos” from UN Secretary-General Antonio Guterres, who added that urgent action must be taken at the summit.

Cop27 has been mired in controversy surrounding Egypt’s track record of human rights abuses, including the years-long imprisonment of British-Egyptian human rights defender Alaa Abdel Fattah, and crackdowns on protests.

Naifeh al-Nawasrah, a farmer and president of the Ghor As-Safi Women’s Association, grows indigo in the Jordan Valley, which is used by the women’s association in dying crafts.

Nawasrah told MEE that she currently receives only about 30 percent of the water she needs on her farm, and that water — for drinking and irrigation — is provided by the municipality once a week, but used to come much more frequently.

“Water [for drinking and for farming] comes once a week. Three or four years ago, we were receiving water three times a week, and drinking water would come directly,” she said, adding that the issue is affecting all the farms in Ghor.

According to a World Bank report on climate smart agriculture in Jordan, water is “the most limiting resource” for the kingdom’s agriculture sector.

The 187-page-long report - which preceded the announcement of the World Bank's $125m in funding for climate resilience - models outcomes for the next 10 years, and predicts an increase in food prices, some reduced yields, and increasing pressures on water resources.

Jordan is reportedly the second most water-scarce country in the world, with just eight percent of the country receiving more than 200mm in rainfall per year.

Many farmers rely on water pumped from underground or delivered in trucks in order to irrigate crops.

The World Bank report models a reduction in agriculture’s reliance on the use of groundwater, by transitioning to hydroponics - which involves growing plants, usually crops or medicinal plants, without soil - and increasing water productivity.

Crucially, the modelling in the report “assumes steady groundwater and irrigation water supplies,” despite these resources being “expected to decrease 20-25 percent in the coming years”.

Khalid al-Henefat, Jordan’s minister of agriculture, told MEE that this depletion of underground water is being dealt with through a recharging programme.

“In the south and east regions, we are recharging the groundwater through excavated ponds and dams,” he said, adding that in the north, rates of rainfall are sufficient to recharge groundwater alone. 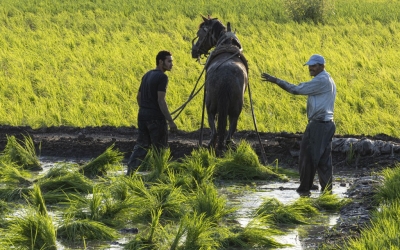 However, the government has been racing to catch up with the “alarming” depletion of groundwater resources in recent years, with many water supply projects facing chronic delays.

Dawoud Isied, a hydrological and environment consultant, told MEE that the government’s current groundwater recharging plan is not working.

“I don’t think that any of the groundwater aquifers in Jordan will stay steady,” he said, adding that the quality and quantity of the water table is depleting “dramatically”.

Isied said that in the Azraq basin in the northeast of Jordan, recharging projects are “expensive and not feasible,” since the floodwater and rainwater currently going into the earth is reaching a layer that “will be sealed completely” within two years.

This is due to the silt and clay that comes with flooding, and essentially means that the water would not reach a layer low enough to enter the water table.

Isied added that the government has been carrying out inefficient groundwater recharging projects for the past 15 years because it is the “fastest solution” to the problem.

“[The government can] say we have something done, or we collected 10 million cubic metres in the desert dams – [but] who is going to take any of this water, how are you going to deliver it to Amman for example? If they believe it’s recharging, they are mistaken.”

Nawasrah told MEE that she “missed out on almost a whole season,” because they were late to plant the indigo crop this year.

However, the delay in planting was not directly due to increased temperatures or lack of water, but rather a lack of available land and a change in their lease.

Nawasrah said that, like many farmers in the area, she struggles to make an income from farming due to a lack of arable land, low prices for food at source, and a drop in the export market.

“There’s a lot of poverty. Some people had to stop farming because they were making such a loss,” she said.

'There’s a lot of poverty. Some people had to stop farming because they were making such a loss'

Henefat said that regional conflict and instability, as well as increased demands from a growing refugee population, have contributed to some of the pressures currently facing Jordan’s farmers.

“Seventy-five percent of Jordan’s borders are closed, which means we cannot export our products to neighbouring countries such as Iraq and Syria,” he said, adding that “there are also difficulties according to the Israeli side”.

This has meant an increased reliance on the Gulf region for Jordan’s food exports.

Despite this, Nawasreh said that there are still no buyers for some produce, and harvested food is being left to rot.

“Small farmers need the help. God willing, there will be some international support for farmers,” she said. 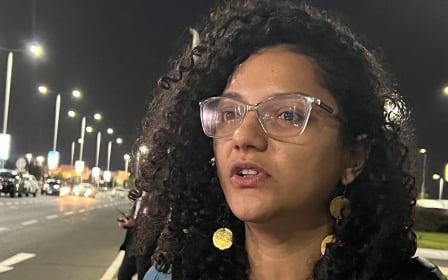 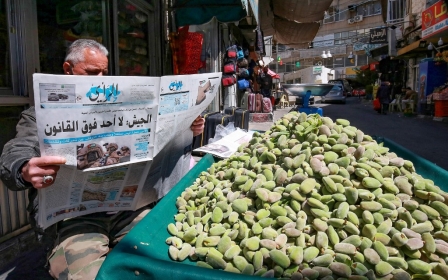 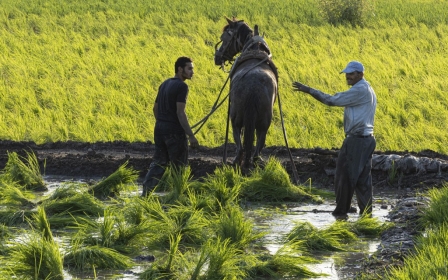 Inside Egypt
Egypt: How 'smart crops' are used to mitigate effects of climate change