Jordanian military drill simulates invasion from its border with Israel 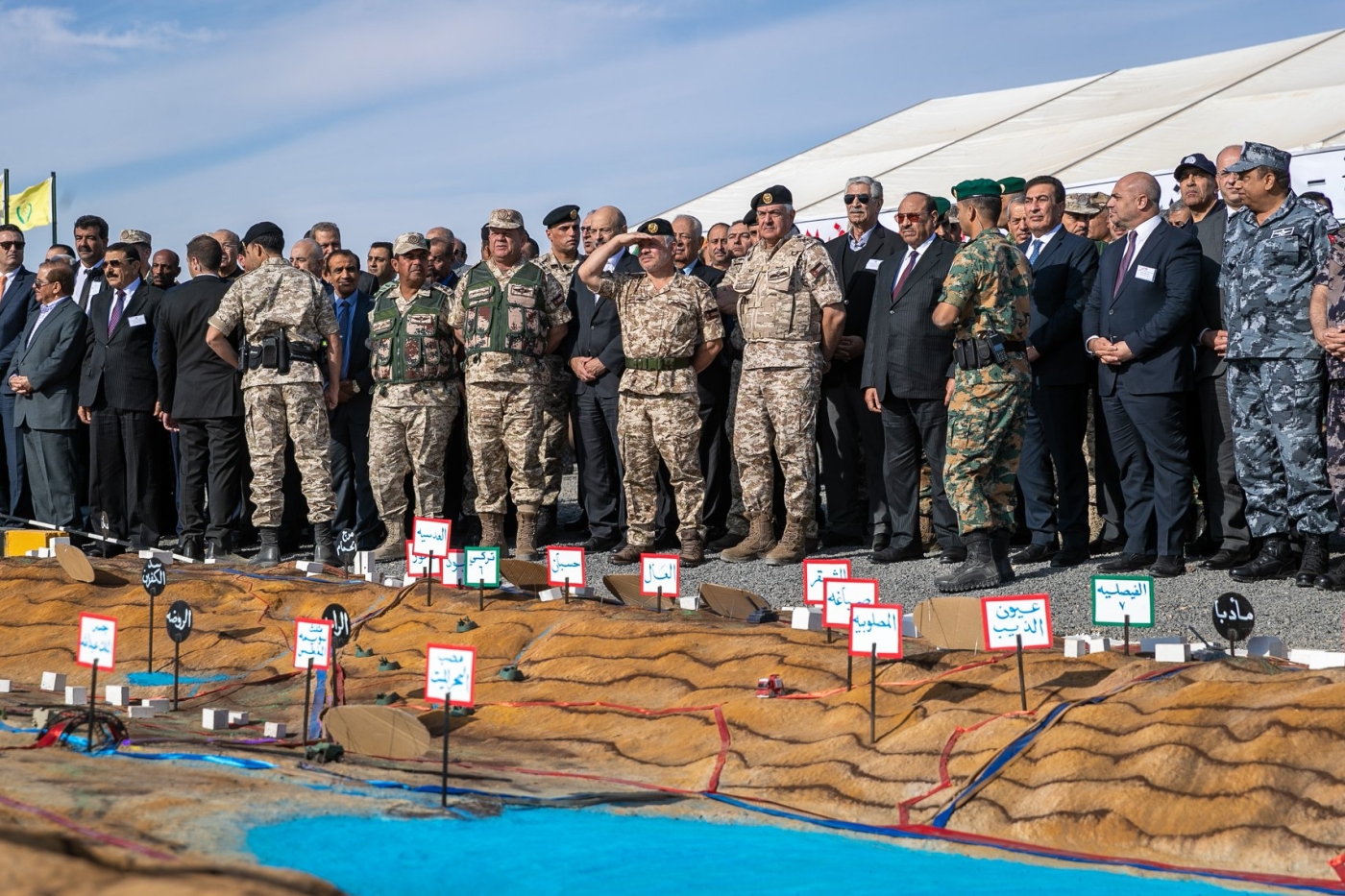 Jordan’s military has conducted a drill simulating a foreign invasion coming from the western mountains where the kingdom shares a border with Israel, eliciting alarm from the Israeli media at a time of rising tensions.

Israeli media noted that Israel’s name was not mentioned in the official Jordanian statement about the manoeuvres, but the message it sent was clear, with the kingdom talking about destroying bridges that “the enemy could not use as transit points” in the Jordan Valley area.

Jordanian analysts, on the other hand, saw the drill as routine and normal preparations in a region embroiled in several conflicts.

King Abdullah, along with army officers, could be seen in pictures looking at a large model of the Jordan Valley, where the names of border towns, mountains and the Dead Sea are shown.

Karameh (Dignity) Swords recalls the name of a famous battle in 1968 when the Jordanian army pushed back an Israeli offensive against Palestinian Liberation Organisation guerilla fighters from the border town of Karameh.

The manoeuvres come as Israel and Jordan's relationship has come under considerable strain, with several incidents causing tensions in recent weeks.

In October, Jordan refused to extend Israel's 25-year lease of two areas in the kingdom's side of the Jordan Valley, al-Baqura and al-Ghumar, which Israel had used for agriculture since the countries' 1994 peace treaty.

Israel also administratively detained two Jordanian citizens, with one going on hunger strike for more than a month to protest against their detention. Following negotiations, they were released in November.

Last week, hundreds of Jordanians demonstrated in the capital Amman, asking their government not to import Israeli gas as part of an agreement set to take effect in early 2020.

Jordan is also putting an Israeli on trial this week on charges of entering the country illegally and carrying drugs. In the past, Jordan used to hand Israelis back to be tried in front of their own courts.

The 25th anniversary of the peace treaty between Israel and Jordan passed on 26 October with no significant celebrations on either sides. The meeting focused on the possibility of working on a joint tourism project to develop two Christian baptismal sites along the Jordan River, as a way to ease tension.

King Abdullah said in November that ties with Israel are at their worst.

"If we won’t be able to solve the Israeli-Palestinian issue... Israel cannot really become a part of the Middle East," he said.

Adding fuel to the fire has been Israel's increasingly aggressive moves towards annexing large parts of the occupied West Bank, including the Palestinian side of the Jordan Valley.

The West Bank's Jordan Valley makes up around one-third of the Palestinian territory and is a highly strategic area that lies on the Jordanian border.