Around 150 trade unionists, journalists and campaigners gathered in Doha to defend the broadcaster and other media outlets under threat 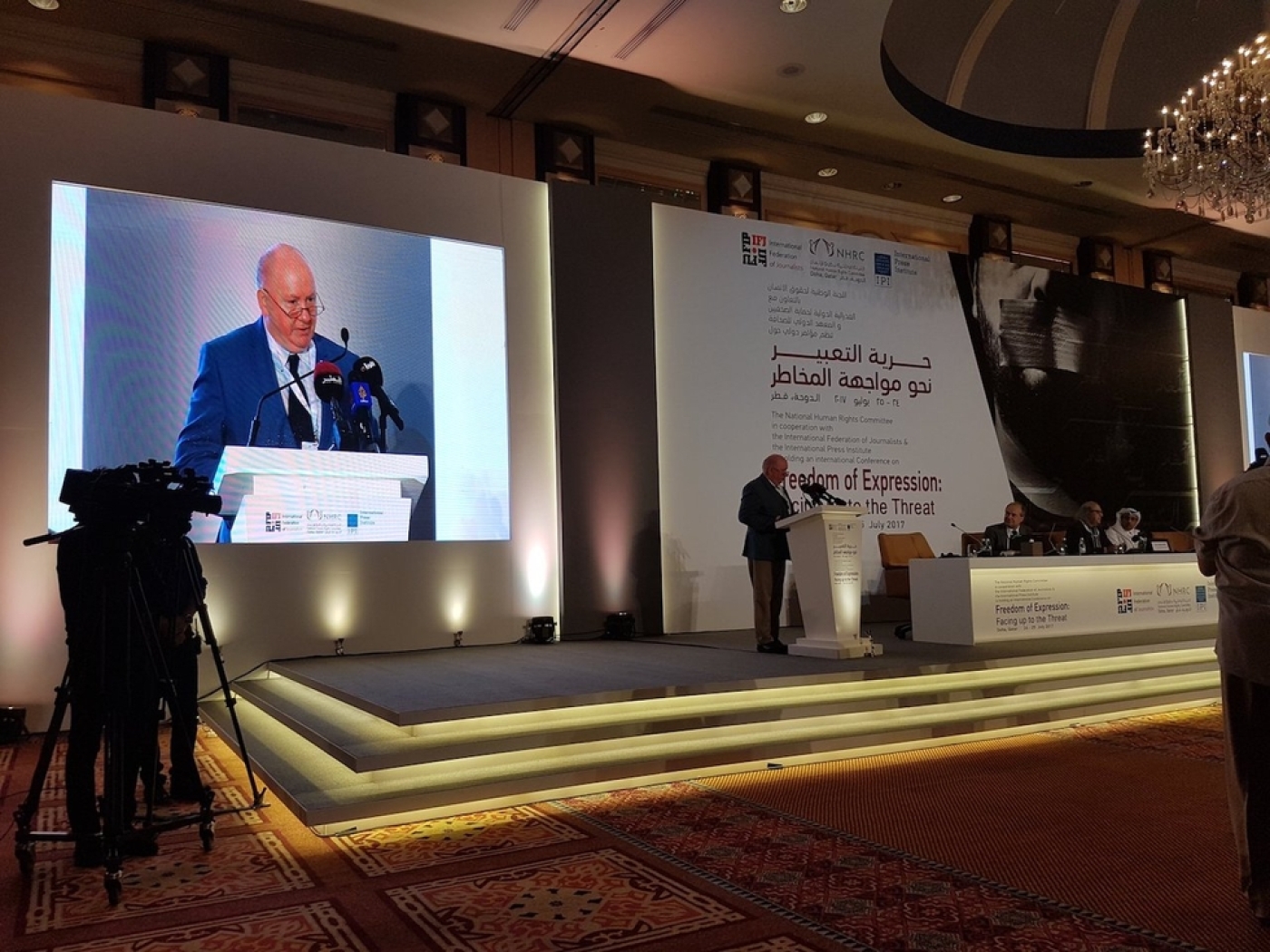 Seamus Dooley, Acting General Secretary of the National Union of Journalists, speaking at the Doha conference (MEE/Alex MacDonald)
By
AFP

At the end of a two-day conference on "freedom of expression", organised by Qatar and attended by representatives of international organisations, rights groups and academics, a statement denounced "threats" by Saudi Arabia and its allies.

"The conference condemns unequivocally the threats by the governments of Saudi Arabia, the United Arab Emirates, the Arab Republic of Egypt and the kingdom of Bahrain demanding the closing down of Al-Jazeera and other media outlets," it said.

He called the conference "an important sign of commitment on Qatar's part to engage in some of the reforms that will enable them to maintain their moral high ground."

"This country is no more a democracy than the other Gulf countries," Roth said, calling on Doha "to become a genuine regional leader in human rights".

Seamus Dooley, the acting secretary general of the National Union of Journalists for the UK and Ireland, said journalists "are not pawns in a political game".

He said he and others had to "think twice" before accepting Qatar's invitation to the conference over Doha's "fundamental issues" with the rights of women, minorities and freedom of expression.

The head of Qatar's National Human Rights Committee, Ali Bin Samikh al-Amarri, thanked delegates for "defending" Al Jazeera, saying it was tantamount to "defending freedom of expression and the right to information".

Closing Al Jazeera is one of 13 wide-ranging demands by Riyadh and its allies before a boycott of Doha and a "blockade" on the energy-rich Gulf emirate can end.

On Tuesday, they upped the pressure on Qatar, unveiling a "terrorist" blacklist of 18 organisations and individuals suspected of links with Islamists that they say had ties with Doha. 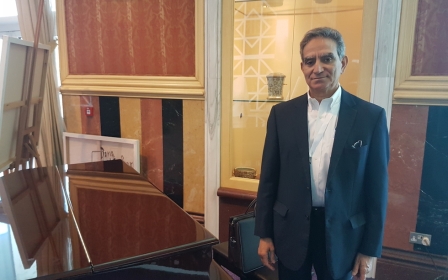 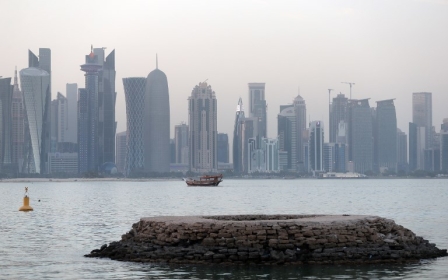