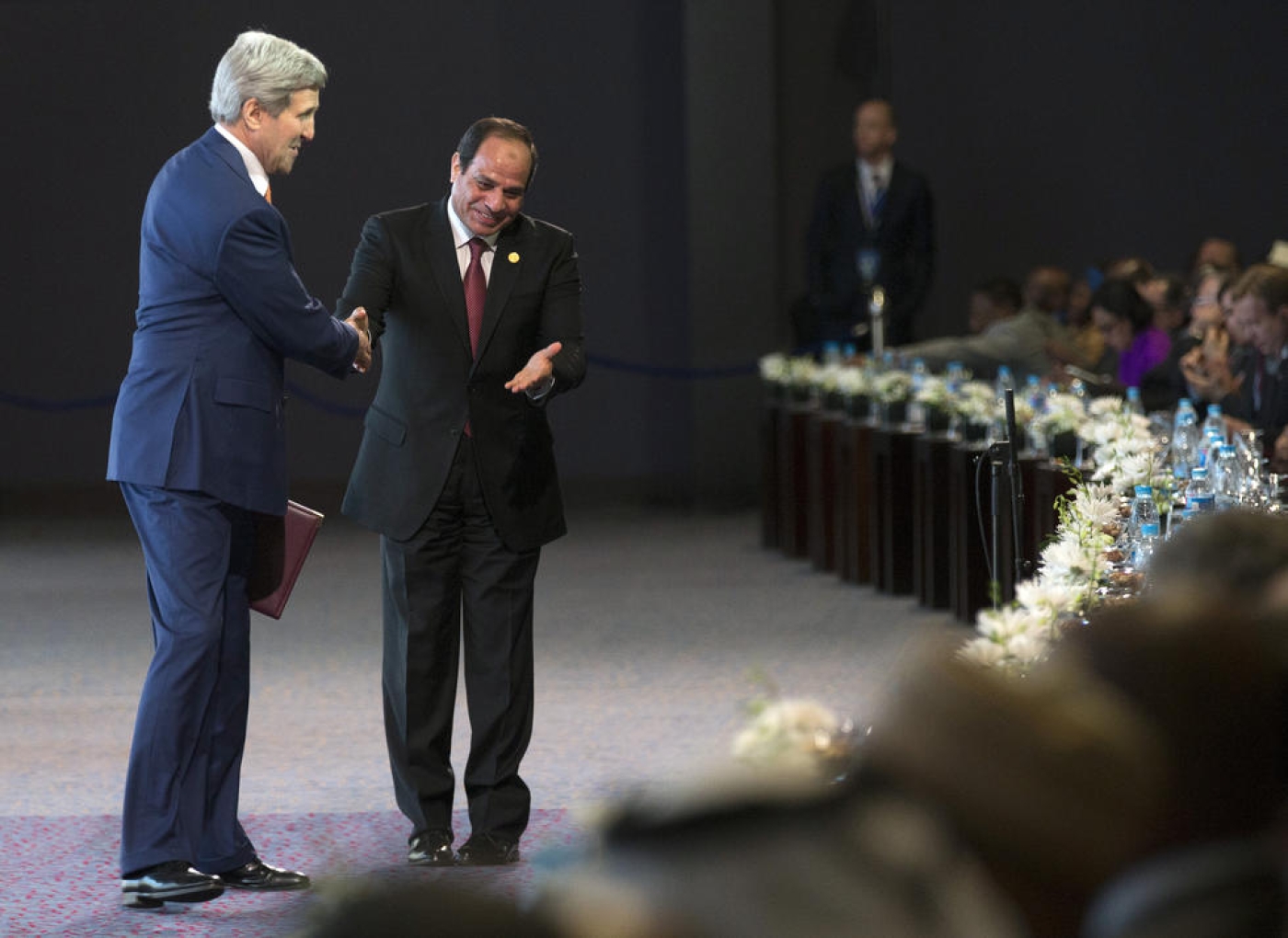 US Secretary of State John Kerry was to meet Egyptian President Abdel Fattah al-Sisi in Cairo on Sunday to relaunch strategic talks, on a regional mini-tour to sell the Iran nuclear deal to sceptical allies.

Kerry, who will then travel on to Qatar, was first due to hold talks with his Egyptian counterpart Sameh Shoukry.

His visit comes days after Washington released its first delivery of F-16 jets to Egypt since it unblocked military aid in March frozen since the army's 2013 ouster of elected president Mohamed Morsi.

"One of the key decision points of why we decided to move forward was our estimate that the Egyptians were facing a very serious threat from ISIL-affiliated organisations in the Sinai and that we needed to help them " a State Department official said ahead of Kerry's visit, using another acronym for IS.

However Washington has remained critical of Egypt's human rights record.

"We'll certainly be discussing the issue of the political environment, human rights issues while the secretary is in Cairo," the official said.

Kerry's trip, which ends on 8 August, will not include Israel, one of Washington's closest allies, which has been a fierce critic of the 14 July nuclear deal between the world powers and Iran.