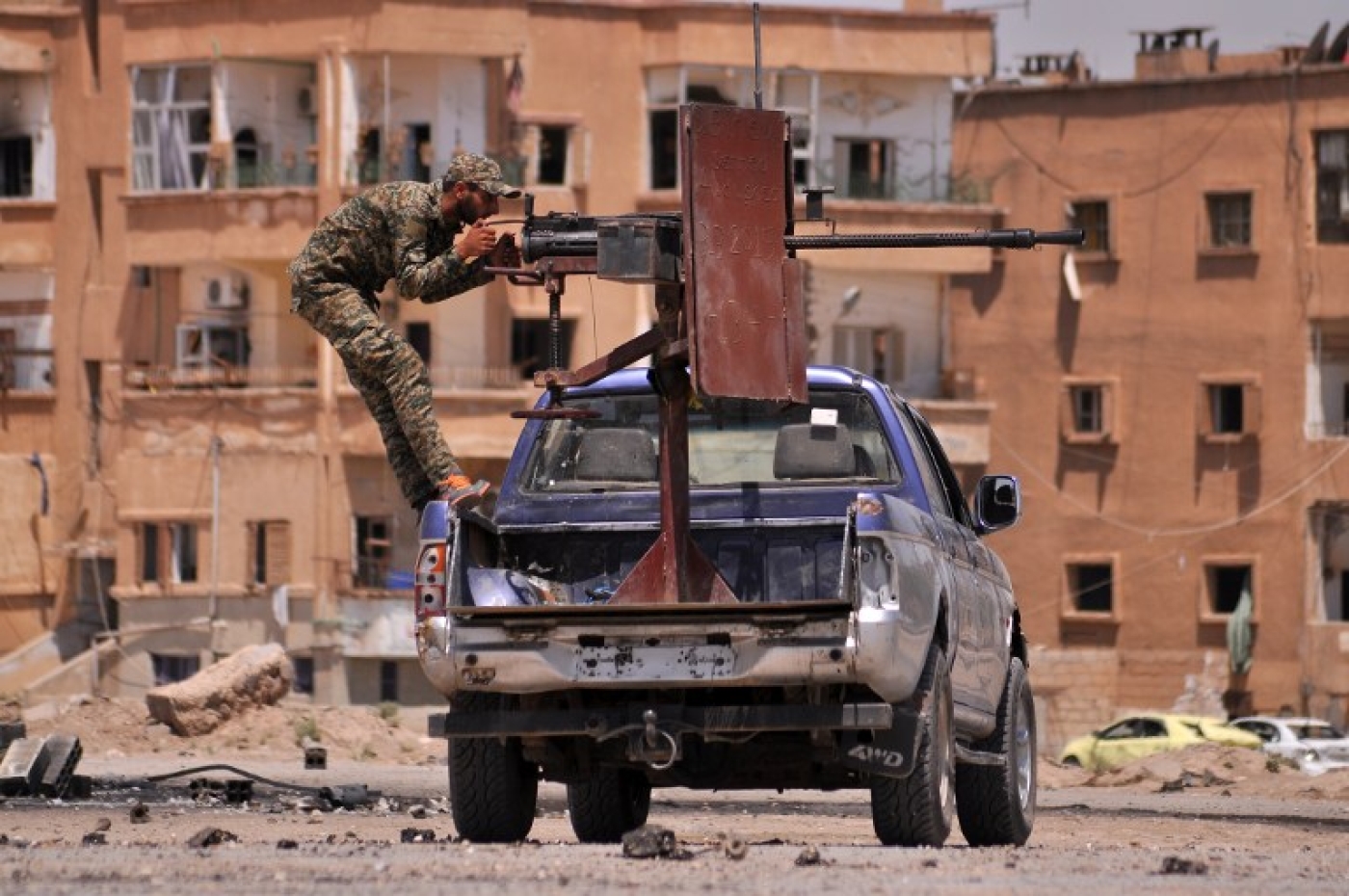 ERBIL, Iraq - Turkey is backing a new Kurdish faction within the Free Syrian Army to take back territory from the Islamic State (IS) group and stop the Kurdish People's Protection Units (YPG) from seizing further ground along the Turkish border.

The group, known as the Grandsons of Salahadin after the famed 12th-century Muslim Kurdish leader, has already captured several villages in the IS-controlled border region between Jarabulus and Azaz following Turkish artillery attacks and missile strikes. In response, IS hit the Turkish town of Kilis earlier this month, killing two civilians.

But threats to attack the YPG unless it withdraws from territory seized from opposition rebels during an advance by pro-government forces in northern Syria last month have stoked concerns of a possible “Kurdish civil war”.

Mahmoud Abu Hamza, a Grandsons of Salahadin commander based in Turkey, told Middle East Eye that the group was backed by both the US and Turkey and considered itself part of the international coalition fighting IS.

“Turkey doesn't support us with arms. Our arms are American,” he said.

Hamza said the group had about 600 fighters who were mostly from the town of Afrin and the Kurdish-majority villages of Syria's Aleppo province.

A group with the same name previously fought there in 2013, but it was disbanded and its fighters joined other rebel groups.

But Hamza said the group had reformed to confront the YPG, which he accused of siding with the Syrian government and stoking tensions between Kurds and Arabs.

“They [the YPG] are against the Kurds. These groups are trying to ignite a sectarian war between Arabs and Kurds and this won't happen because we won't allow it. If the YPG does not retreat from Tal Rafat and the Mennagh air base, we will fight them in the area between Jarabulus and Azaz [an area currently controlled by IS].

YPG forces and Arab Syrian Democratic Forces (SDF), which are both backed by the US, took advantage of Russian air strikes and a pro-government advance to seize territory including the air base at Mennagh from rival rebel groups last month, allowing the Kurds to expand their enclave around Afrin.

The YPG also controls an enclave around Kobane further east along the Turkish border and has ambitions of capturing the Azaz-Jarabulus border strip from IS to create an extended Kurdish federal region.

On Wednesday, Syrian Kurds met in the city of Ramalan to discuss the creation of a new federal region, while federalism is one of the topics on the table for discussion at peace talks currently taking place in Geneva.

“Federalism is the central demand of Kurds in Syria. Every step has been towards it and now it's time to declare it,” local Kurdish official Idris Nassan told MEE.

But Turkey fiercely opposes the creation of a federal Kurdish region in Syria and has been shelling the YPG, as well as backing opposition rebel groups in northern Aleppo to halt its advance.

It accuses the YPG of links to the Kurdistan Workers' Party (PKK), and on Tuesday alleged that the YPG had provided training to the perpetrator of Monday's bombing in Ankara that killed at least 37 people. The YPG has previously denied any links to bombings in Turkey.

“Regarding the explosions in Turkey, we have no idea who is behind those explosions, and we condemn terror attacks that target civilians,” said Salih Muslim, the leader of the Syrian Kurdish Democratic Union Party (PYD), the political affiliate of the YPG, at a conference on Wednesday at the American University of Sulaimani (AUIS) in Iraq's semi-autonomous Kurdish region.

“Some Turkish parties say Rojava [the YPG] carried out these explosions, but we deny this speculation.

Analysts told MEE that the reformation of the Grandsons of Salahadin appeared to suggest that the US and Turkey were prepared to support groups other than the YPG in the fight against IS.

“The recent attention given to this organisation is clearly meant to demonstrate that a non-SDF Kurdish force that is acceptable to Turkey can be part of the anti-IS campaign,” said Nicholas A Heras, a Washington-based Middle East researcher at the Center for a New American Security (CNAS).

"This organisation is best understood as Turkey's attempt to activate a Kurdish proxy in Syria. Turkey is willing to consider a Kurdish force that is part of that equation, but it has to be anti-PKK,” he added.

Galip Dalay, a senior associate fellow on Turkey and Kurdish Affairs at Al Jazeera Center for Studies, also told MEE that Ankara was ready to support a Kurdish force in the fight against IS provided it also opposed the YPG's military and political ambitions.

But questions remain over the extent of US support for the Grandsons of Salahadin, with US officials denying that the group has been the recipient of US weapons.

“After checking with our forces that provide the ‘Advise and Assist’ mission to the vetted Syrian opposition on the Marea Line, they are not familiar with the Sons of Salahadin,” US anti-IS coalition spokesman Colonel Christopher Garver told MEE, referring to the border area of northern Syria where the US has been supporting the YPG in the fight against IS with air strikes.

“There is no group by that name receiving munitions from the US,” he added.

Complicating the situation further, the Kurdish Regional Government in northern Iraq has also trained about 3,000 Syrian Kurdish Peshmerga fighters to join the battle against IS in Syria, only for their return to the country to be blocked by the YPG amid fears of in-fighting between rival Kurdish groups.

The Syrian Kurdish National Council (KNC), part of the Syrian opposition bloc, has tried to convince the YPG and its Democratic Union Party (PYD) political affiliate to let the fighters enter Syria based on agreements to prevent fighting between rival Kurdish groups.

But Bahjat Bashir, a KNC member and a participant in the Geneva talks as part of the Syrian opposition, admitted that it had no influence over the Grandsons of Salahadin.

“Our red line is a Kurdish civil war,” Bashir said. “But we don’t have any relation to the Salahadin brigade, only to the Rojava Peshmerga.”

Meanwhile, the YPG-backed Hawar News Agency has accused the KNC of supporting attacks by Turkish-backed groups against the YPG and Kurdish civilians in Aleppo.

But the KNC denied those allegations.