Kurds given early Sunday deadline to pull back forces from positions captured in Kirkuk in 2014; no immediate clashes 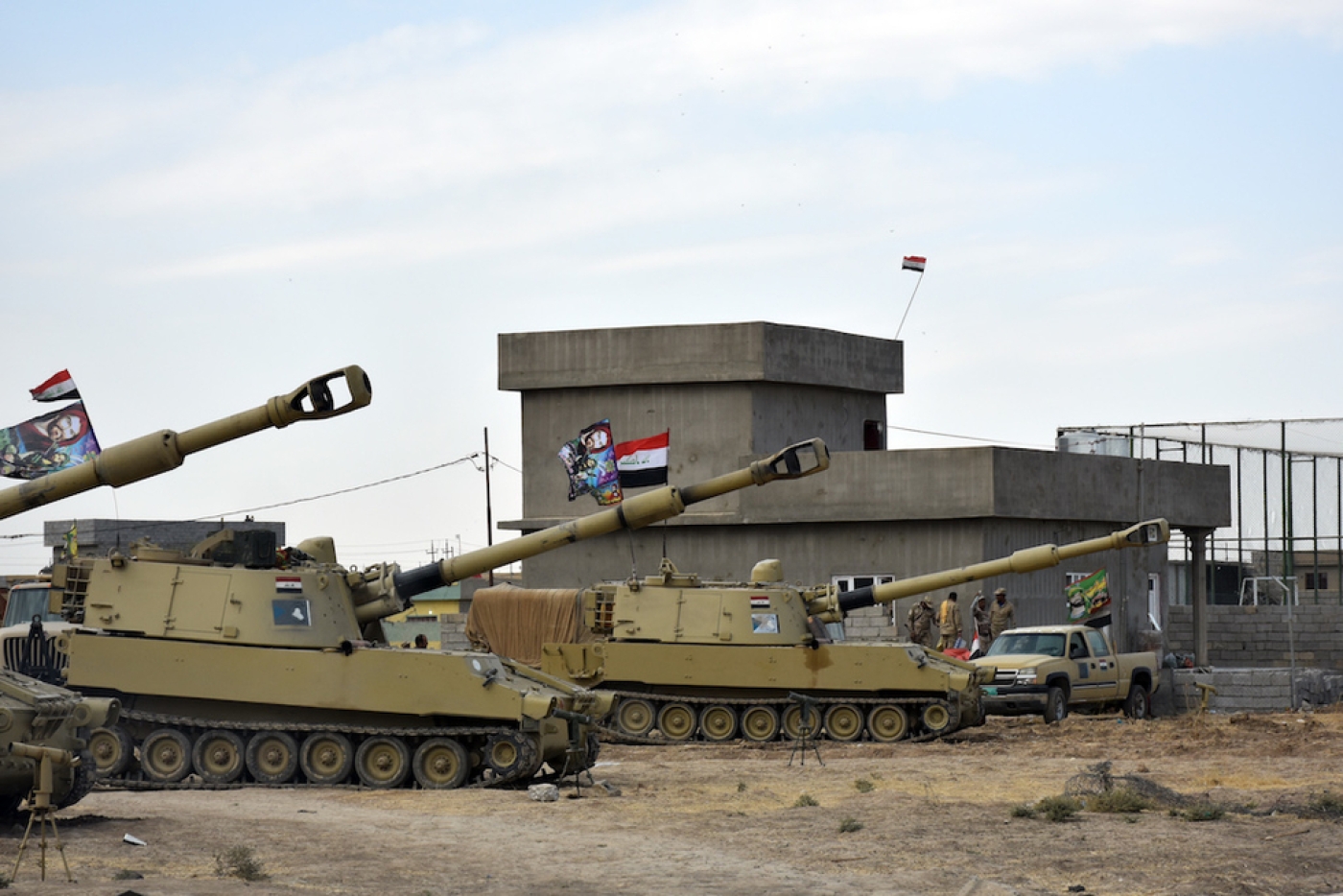 Kurdish Peshmerga fighters rejected a warning from an Iraqi paramilitary force to withdraw from a strategic junction south of the oil-rich city of Kirkuk, a Kurdish security official said early Sunday.

Popular Mobilisation, formed mainly by Iranian-trained Shia groups, had given the Peshmerga an early Sunday deadline to leave a position north of the Maktab Khalid junction, the official from the Kurdistan Regional Government's Security Council said.

The position controls the access to an airbase and some of the oilfields located in the region of Kirkuk, the official said. The city and its immediate surroundings, including the oilfields, are under Kurdish control.

There were no clashes reported about an hour after the deadline, but a resident said dozens of young Kurds were deployed around Kirkuk with machine guns as the news of the warning spread.

Fighting had erupted between Kurdish and Arab forces south of Kirkuk on Friday evening as Baghdad called for Kurds to abandoned territory captured in the disputed territory in 2014, according to a Kurdish official.

Clashes between Peshmerga (the military forces of the autonomous region of Iraqi Kurdistan) and the Shia-dominated Popular Mobilisation Units (PMUs) were on-going in early hours of Saturday in the town of Tuz Khurmatu, a Shia-majority town 89km south of Kirkuk.

"It's not a conventional urban war, but there has been shooting since about 8 o'clock this evening."

At least eight people have been injured, according to an official at a local hospital. Fayaq said the fighting began after the PMUs attacked the headquarters of the Patriotic Union of Kurdistan (PUK) in the town, which is ethnically composed of Kurds, Arabs and Turkmen.

The deadline set for the Peshmerga to return to their pre-June 6, 2014 positions will expire during the night

A Kurdish official told Iraq Oil Report that the fighting on the Kurdish side came largely from volunteers and that Peshmerga were not involved.

"Peshmerga are not fighting in Tuz, only Kurdish volunteers are responding to Turkmen militias," said Bakr Othman, a local government official.

"There is no Kurdish leader or political party that can control these volunteers."

Local sources said that a ceasefire had been agreed on Saturday morning.

The skirmishes come as tensions continue to mount around Kirkuk, the multi-ethnic city that was captured by Peshmerga during the Islamic State (IS) group advance in 2014.

Although the city is not part of the constitutionally recognised Kurdistan Regional Government, Kurds view Kirkuk as their cultural capital and included it in the remit of the controversial 25 September independence referendum.

On Saturday, a senior Kurdish official said that Baghdad had set a pre-dawn Sunday deadline for Peshmerga to abandon their positions in Kirkuk and hand over control of key local institutions.

"The deadline set for the Peshmerga to return to their pre-June 6, 2014 positions will expire during the night," the Kurdish official told AFP, asking not to be identified.

Asked at what time, he said 2am local time on Sunday.

Hadi al-Amiri, the commander of the Shia Badr Organisation, also said in a statement on Friday that "Peshmerga forces have to withdraw from the areas that were under Iraqi security forces' control until June 9, 2014."

KRG officials have been warning of troop manoeuvres by Baghdad-aligned forces since Thursday and claim that an operation is being prepared to retake Kirkuk.

Although Iraq's Joint Operations Command spokesperson told Middle East Eye that reports of such an operation were "not true," around 6,000 additional Peshmerga fighters were sent to reinforce positions around Kirkuk as the KRG reacted with alarm to the reports.

PMU and Iraqi army forces took control of the towns of Taza Khurmatu and Bashir, south of Kirkuk, on Thursday after PUK-linked Peshmerga withdrew from the town.

The Kurdistan Regional Government Security Council said the Iraqi army and the PMUs had been deploying tanks and heavy artillery to the two towns.

"These forces are approximately three kilometres from Peshmerga frontline positions," it said.

"Intelligence shows intention to take over nearby oil fields, airport and military base."

Footage sent to Middle East Eye from a Kurdish official showed a build-up of military vehicles in the town of Bashir:

The Kurds control three major oil fields in Kirkuk province which account for a significant share of the regional government's oil revenues.

They export an average of 600,000 barrels of oil per day under their own auspices, of which 250,000 bpd come from the Kirkuk fields.

On Friday, residents in Kirkuk city queued at petrol stations with jerry cans to fill up while other civilians took up arms and deployed on the streets.

One of them, Khasro Abdallah, vowed "to defend Kirkuk to the death," according to AFP.

Major fighting in the province would likely bring in a number of outside actors mainly from foreign Kurdish organisations.

The Kurdistan Freedom Party (PAK), an Iranian-Kurdish militia that has thousands of fighters largely stationed near Kirkuk, has warned it would fight to keep Kirkuk out of the hands of Baghdad, which they see as controlled by their arch-nemesis Iran.

"We see Iran supporting the Hashd al-Shaabi and other militias in Iraq to stab against Kurds - we Peshmerga are ready to sacrifice everything until the last blood to stop Kirkuk going under the hand of the Hashd al-Shaabi," said PAK commander Erdelan Hosrevi, speaking to MEE in September.

The largely Turkey-based Kurdistan Workers' Party also has forces and proxies in Iraq, although it has previously said it would "not take sides in nationalistic and sectarian conflicts, or power/oil sharing conflicts".

US Defence Secretary Jim Mattis said on Friday that Washington was working to reduce tensions between Iraqi federal and Kurdish forces, urging them to remain focused on the war against IS.

"We are trying to tone everything down and to figure out how we go forward without losing sight of the enemy, and at the same time recognising that we have got to find a way to move forward," he told reporters.

"Everybody stay focused on defeating ISIS. We can't turn on each other right now. We don't want to go to a shooting situation," he added, using an alternative acronym for IS.

Iraqi federal forces and the Peshmerga have both been key allies of the US-led coalition in its fight against IS.

But with large-scale operations against IS in Iraq moving closer to their conclusion, political disputes that were overshadowed by the war against the militants are increasingly returning to the fore. 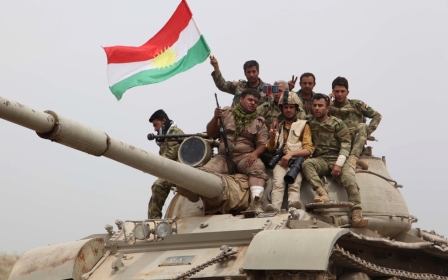 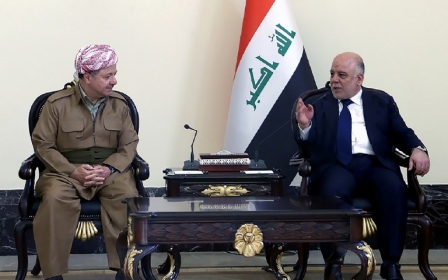 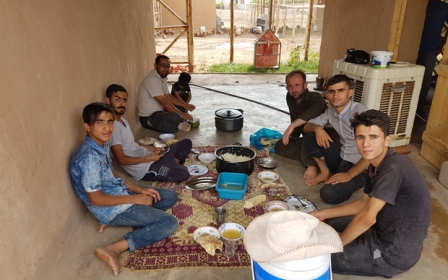