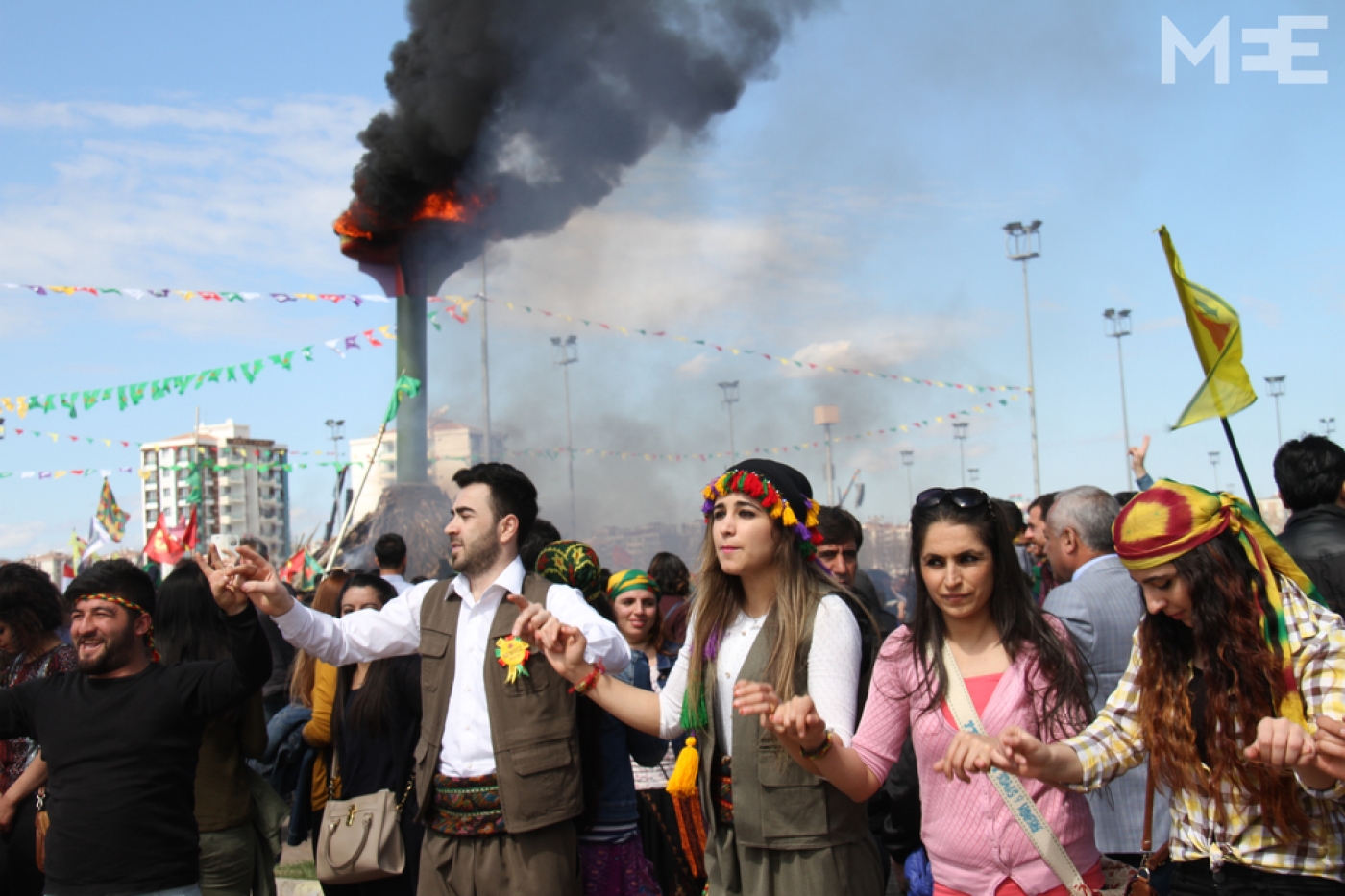 Dancing and fire are integral to the celebration of the Persian festival (MEE/Murat Bayram)
By
Alex MacDonald
, Murat Bayram

Hundreds of thousands of people have turned out in Diyarbakir to celebrate the Kurdish festival of Newroz despite ongoing fighting between security forces and militants in the Kurdish-majority city and elsewhere in southeastern Turkey.

For the first time since the beginning of a peace process between Turkey and the Kurdistan Workers' Party (PKK), this year's event will not feature a message from jailed PKK founder Abdullah Ocalan.

Ocalan has been held in prison on the island of Imrali off the Turkish coast since he was captured in Kenya in 1999.

Though in recent years he had been allowed to receive visitors and deliver messages - calling for peace and an end to armed struggle in his 2015 Newroz message - since April 2015 Ocalan has not been allowed any contact with the outside world.

Newroz, which celebrates the Kurdish New Year, has its origins in pre-Islamic pagan rituals and is celebrated by Iranians, Kurds, Turkmens, Kazakhs and others.

The festival was long banned in Turkey, being seen as an overtly Kurdish nationalist celebration. Though the ban was lifted in 2000, the festival was rebranded with the Turkish name Nevruz and claimed as a Turkish tradition - use of the Newroz spelling is still restricted.

Fire plays a major part in the Newroz celebrations, which in Kurdish mythology commemorates the struggle against an Assyrian tyrant in ancient Persia.

The perceived parallels between the ancient struggle and the Kurds’ existence under successive oppressive governments in Iran, Turkey, Syria and Iraq has not been lost on activists.

The co-mayors of the Diyarbakir municipality (known as Amed in Kurdish) addressed the crowds, reading out the names of Kurdish nationalists who had died in previous decades in the conflict with the Turkish state.

“We salute Mazlum Dogan who stood against tyranny with three sticks of matches in Amed dungeons; we salute Zekiye Alkan who turned her body into the Newroz fire in the ‘90s,” said Gultan Kisanak.

“You have dozens of lives left behind, there are those you lost. I greet each and every one of them with respect. I kiss the hands of every mother who came out today. Our hope is grand, our hope is freedom. We will build this in the future, without a doubt. It does not become us to bow down to tyranny. We represent hope and peace. We are Amed, we are Amed!”

A heavy security presence was obvious on the streets of the city, with numerous checkpoints and a reported 5,200 police officers on duty. A curfew imposed on Baglar district - where the festivities took place - was lifted at 6am to allow the event to take place.

Though Diyarbakir's celebrations have been allowed, many localities in Turkey banned or restricted the festival, including in Istanbul.

Many taking part were nervous following a series of bomb attacks claimed and blamed respectively on Kurdish militant groups and the Islamic State (IS) group which have killed hundreds of people in the past year. Others, however, were defiant in the face of what they have seen as a crackdown against Kurdish expression.

"I have two martyred sons, they were more important than myself," said 59-year old Fahriye Atlig, speaking to Middle East Eye.

"I lost my sons. What can make me afraid?"

Last year, shortly before June’s general election, a bomb struck a People’s Democracy Party (HDP) rally in Diyarbakir killing four people. Since then, attacks by security forces, IS and Kurdish militant groups and far-right Turkish groups have killed hundreds of civilians across Turkey.

According to Anadolu Agency, Turkish security forces on Friday discovered a car laden with explosives on Friday and disabled it.

Security forces said the car contained 150kg of explosives and was parked in front of Hurriyet Primary School, 50 meters from local government offices.

One Diyarbakir festival-goer noted that the numbers attending were lower than they had been in previous years.

"People are afraid and Turkish media made news and said an explosion could happen during Newroz," said Mehmet Bilmez.

"We have to be together. We have to show the other people we are here, in our celebration."

Occupation
Israel ignores US opposition and moves ahead with huge settlement project
Syria War
Syrian families stuck in towns on the front lines of the civil war
Sudan coup
‘Against the coup’: Sudanese protesters call for reinstatement of civilian government 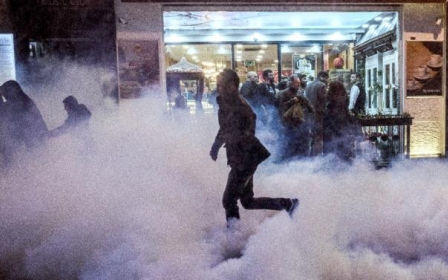