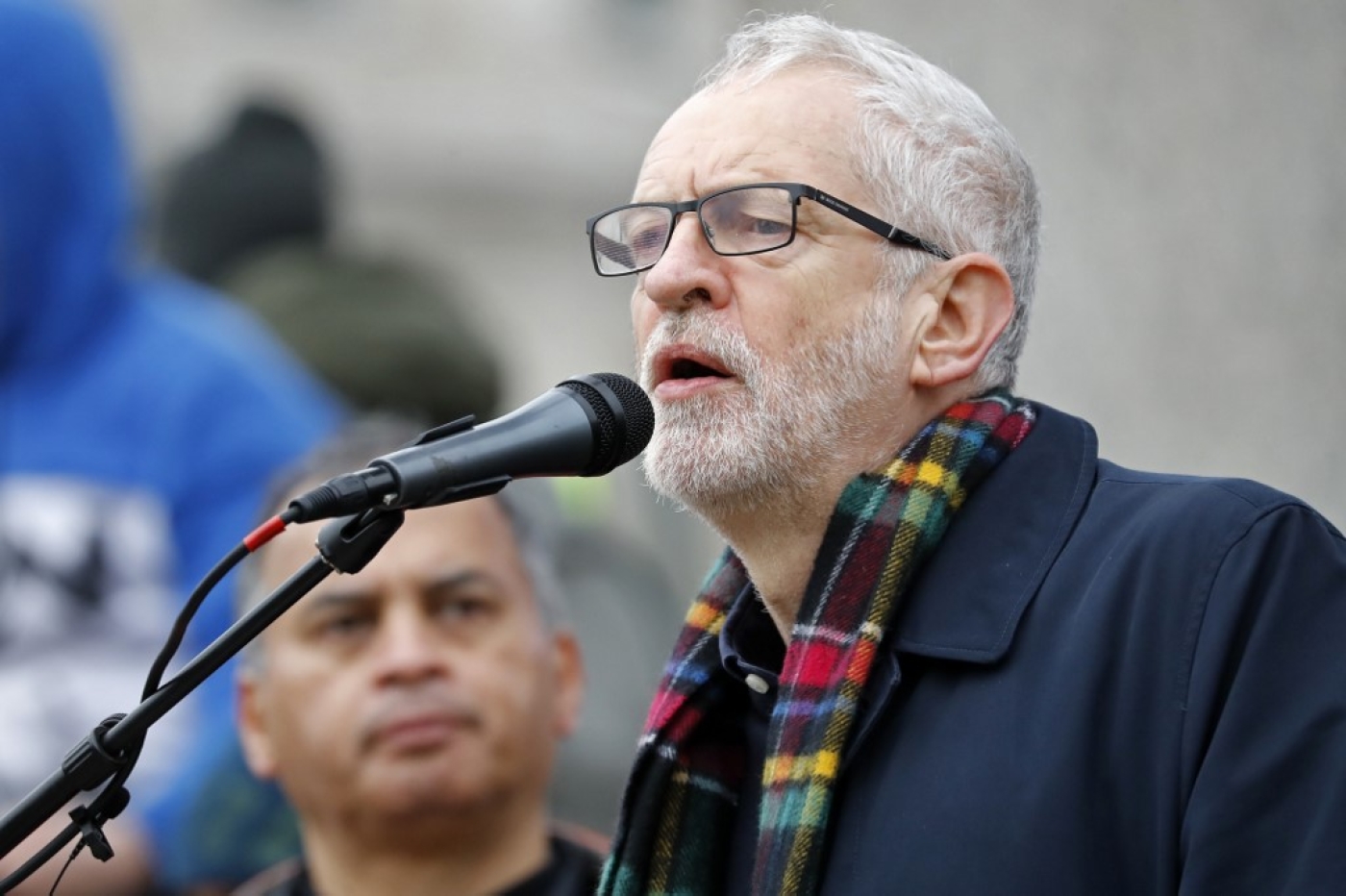 Jeremy Corbyn’s office was reportedly keen to deal with allegations of antisemitism, as it felt that resolving them could help rebuild trust with the British Jewish community (AFP)
By
Amandla Thomas-Johnson

The Labour Party has launched an “urgent investigation” into a leaked internal report on antisemitism, which has revealed evidence of factionalism and alleged sabotage that took place during Jeremy Corbyn's four-year tenure as party leader.

The 860-page report found evidence of a “hyper-factional atmosphere” at the party’s headquarters with regards to Corbyn, who was replaced by former shadow Brexit secretary Keir Starmer as party leader earlier this month.

In a joint statement with his deputy leader Angela Rayner, Starmer said on Monday that the investigation will look at the circumstances in which the report was commissioned as well as the “wider culture and practices referred to in the report”.

“We have seen a copy of an apparently internal report about the work of the Labour Party’s Governance and Legal Unit in relation to antisemitism. The content and the release of the report into the public domain raise a number of matters of serious concern," the statement said.

MEE looks at some of the standout features of the report.

The report suggests that efforts by Corbyn and his office to deal with cases of antisemitism were hampered by top staffers.

Between 1 November 2016 and 19 February 2018, investigations were launched into 34 of more than 300 complaints received that were related to antisemitism.

"At least half of these (300 plus cases) warranted action, many of them in relation to very extreme forms of antisemitism, but were ignored,” the report said.

On other occasions, staff tasked with dealing with complaints and disputes reportedly only took action when prompted by Corbyn's team. In 2017, Corbyn’s office chased the staffers in the Labour Party for action on a number of high profile antisemitism cases, including that of Ken Livingstone, former mayor of London, who was suspended from the party in 2016 in a row over claims of Nazi-Zionist collaboration.

Corbyn’s office was keen to deal with these particular cases, as it felt that resolving them could help rebuild trust with the British Jewish community.

The report cites WhatsApp conversations as showing that Corbyn's staff were hopeful that Livingstone would be expelled, as a sign that the party was taking matters seriously.

Instead, Livingstone was suspended for a year, and Corbyn was forced to provide an explanation to livid Jewish community organisations, particularly as London's former mayor was perceived as being a staunch Corbyn ally. The decision to only suspend him for a year was interpreted by some members in Corbyn's office as a deliberate attempt to “to create a crisis".

First elected in 2005, Dawn Butler became the third black woman to be elected to the UK's parliament. She has been outspoken on the issue of racism and had spoken of experiencing racism herself while in office, including being mistaken for a cleaner by another MP.

But when she was first elected to the shadow cabinet in 2016, senior Labour staffers were less than impressed and seemed to suggest her raising issues of racism within the party were untrue. “Good grief,” one said in a chat conversation.

Another person said: “Did she not accuse the (Labour Party) and its staff of being racist this week? Nice.”

Appearing to mock Butler, the first person responded: "Harriet 'white privilege' Harman", referring to a senior Labour MP who led the party in the interim before Corbyn was elected.

Diane Abbott, elected in 1987 as the country's first black woman MP, served under Corbyn as shadow home secretary and has also been outspoken on issues of race. A 2017 poll by Amnesty International estimated that she had been on the receiving end of nearly 50 percent of all racist tweets directed at British MPs.

The report says that a senior Labour member made comments stating that she “literally makes me sick”, while another said she was “truly repulsive”. After she appeared on BBC’s Question Time programme in January 2017, one staffer deployed a classic racist trope.

“Watching QT without the sound on. Abbott is a very angry woman,” they said.

The internal opposition to Corbyn began before he was even elected as party leader in September 2015, the report suggests.

According to the report, senior staff in August 2015 explored delaying or cancelling party leadership elections when it looked like Corbyn was going to win.

A staffer said any Labour MP “who nominates Corbyn 'to widen the debate' deserves to be taken out and shot” and discussed “hanging and burning” the party leader.

Once Corbyn was elected, a number of staffers then began to talk of launching a potential coup.

Suggestions included a fabricated poll showing that the party was “20 points behind” the Conservatives to make it appear as though the party was struggling in order to spark discord within its ranks.

Another suggested that were the Remain campaign to lose the 2016 referendum on Brexit, then Corbyn could be held responsible. Another hoped that poor performance in the May 2016 elections could be the basis for a coup.

Others discussed ways to sabotage the party leader by doing hardly any work, with one staffer speaking of “coming into the office and doing nothing for a few months”.

This dissent carried through to the time of the 2017 general election, as some staff created an online chat group so that they could talk to one another while appearing to be working. “Tap tap tapping away will make us look v busy,” one said.

The factionalism was such that Labour staffers created a team called the “secret key seats team”, which ran parallel to Labour's general election campaign and was intended to support MPs associated with the party’s more conservative wing, using up party budget and staff resources.

Closer to the election, staff were hoping for Labour to crash and burn.

“With a bit of luck this speech will show a clear polling decline,” someone said, referring to a speech by Corbyn. "I CANNOT WAIT to see Andrew Neil rip [Jeremy Corbyn] to pieces over it tonight,” another said in anticipation of an interview by the veteran BBC journalist.

They were to be disappointed when the election exit poll predicted a hung parliament and a significant voter swing to Labour - and so discussed hiding their reactions, saying “everyone needs to smile” and “we have to be upbeat. And not show it”.

We would have won in 2017 without all the sabotage.

Imagine how different our country could have been.

Labour members, who give up their spare time to fight for a better society and get a Labour government, have my utmost respect. Others showed their true colours.

On Monday, left-wing Labour MP Richard Burgon, who served under Corbyn, insisted that the party would have won the election were it not for “sabotage”.

The report describes a culture of factionalism where more right-wing senior Labour staff sought to hamper the work of those on the party’s left, referring to them contemptuously as “Trots”.

The word refers to followers of Leon Trotsky, one of the central figures of the Russian revolution of 1917.

Staff were employed by the party and were expected to act impartially. But the report alleges that the priority of staff in this period appears to have been “furthering the aims of a narrow faction aligned to Labour’s right rather than fulfilling the organisation’s objectives”.

The report says that the party’s Governance and Legal Unit (GLU), which deals with disciplinary matters, began to pay more attention to complaints about those who held different political views.

One staff member in the unit said she and other staff were in some cases expected to “fabricate a case” against people who held certain political views. Labour staff described their work as “hunting out 1000s of Trots” and a “Trot hunt”, according to the report.

Labour staff also expressed opposition to policies not just of Corbyn but also from former leader Ed Miliband and Andy Burnham, who were considered too far to the “left”.

One staff member said a policy favouring public ownership of railways “looks like is trots doing what trots do”.

Burnham, who is now the mayor of Greater Manchester, took to Twitter on Sunday to react to news from the leaked report.

“Always felt like the party machine opposed my pro-public NHS & social care policies between 2010 & 2015. Not sure I had even-handed treatment from them in either the 2010 or 2015 leadership elections," he wrote. 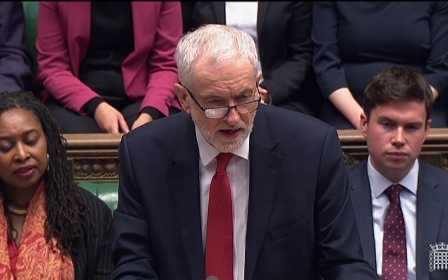 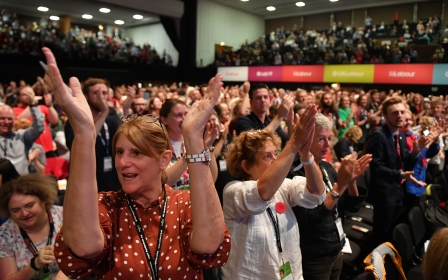