Despite parliament ban, Iraqi youth say they will work around any prohibition if authorities take it offline Fans watch as 80 players simultaneously fight for survival in an eSports match of upstart computer game “PlayUnknown's Battlegrounds” at an Intel Extreme Masters tournament in the Oracle Arena in Oakland, California (AFP)
By
Adam Lucente
in
Erbil, Iraq

It is not uncommon to hear machine gun sounds from the phones of cafe patrons, cashiers and frequenters of game centres in Erbil.

The noise in the capital of Iraq’s autonomous Kurdistan Regional Government (KRG) comes from the game PlayerUnknown’s Battleground, better known as PUBG, where players often join teams of their friends online to shoot until the last man is standing.

Not everyone is a fan of the mobile app, though. On 17 April, the Iraqi parliament voted to call on the government to ban PUBG, saying the game had detrimental effects on health and security, particularly among young people.

As of 22 April, however, young players of the game throughout Iraq were still playing as usual.

Ali Abd al-Jalil is one of them. He frequents a game centre in Erbil that his older brother Yousif works at. At the centre, customers pay for their time and soft drinks while playing different games on consoles and computers, including the desktop version of PUBG. The centre stays open well after midnight, and is often full of more than a dozen young men and teenagers on weeknights.

You have a country that’s plagued with problems and then you prioritise banning a video game?

Jalil thinks efforts to stop people from playing PUBG are futile, and that the government should focus its efforts on finding citizens jobs.

“They didn’t need to make a decision on PUBG,” Jalil, whose fellow gamers call him a “boss” at the game, told MEE.

“They needed to make decisions on employment.”

Laws drafted by parliament that have not been passed to the body by the Iraqi cabinet - which has still yet to be fully formed since May elections - are generally struck down as unconstitutional. Thus the ban will likely have solely symbolic impact.

Undeterred by and dismissive of the vote, PUBG players vow to continue  playing the game – whether the government eventually follows the toothless parliament’s decision or not.

PUBG is incredibly popular throughout Iraq. In the game, teams of players enter a variety of outdoor island maps that shrink as the game goes on and shoot other teams.

They need to pick up first aid items and weapons, and the last team alive on the map wins. Teammates have an audio link and can talk to each other throughout gameplay.

The older Jalil, who previously lived in Baghdad, says it is a fun way to keep in touch with friends now that he’s in Erbil.

“I play with friends from Baghdad, Erbil, my cousins, my brother,” he said. “It’s a way to communicate with friends and have fun together.”

PUBG, which was created by South Korean company Bluehole, has a large following around the world. It has met controversy in other countries, too. Nepal also reportedly banned the game this month, likewise stating alleged ill-effects on children.

Parliamentarians in Iraq have cited PUBG’s alleged links with violence and threats to morals regarding the vote. The parliament’s vote also asked the government to ban the online game Fortnite.

Parliament and government officials did not respond to requests for comment on whether the government will implement a ban following the vote.

PUBG has been the subject of much media coverage in Iraq. In November 2018, a young man in the KRG reportedly shot and killed one of his friends while acting out the game, according to Kurdistan 24.

That same month, a group of imams in Iraqi Kurdistan issued a fatwa – an Islamic declaration – denouncing the game. One imam reportedly said the game was cutting into family time, causing students to miss classes and encouraging workers to become distracted from their jobs.

On 10 April, famed cleric and politician Muqtada al-Sadr jumped into the fray and came out against PUBG, saying “they don’t lift up their heads for their mum or dad, brother or sister”, in reference to people staring at their phones while playing.

Jalil, who plays about two hours a day, thinks the much larger amounts of time others spend playing PUBG is a reason for the backlash.

“One reason is maybe because employees are playing during work,” he said.

In and near Baghdad, many PUBG players think the parliament is getting its priorities wrong.

“It’s absurd, unconstitutional and borderline laughable,” said Mohammed Abbas, a native of the western city of Ramadi who owns a phone shop in Erbil.

“You have a country that’s plagued with problems and then you prioritise banning a video game?”

According to Abbas, even if the government follows parliament’s suggestion and tries to block the game, people will simply use virtual private networks (VPNs) to circumvent the ban. These allow people to access online content via servers that are hard to monitor, and use the internet as if they were in a different country.

“There are workarounds such as VPNs,” he said. “So it won’t be that big of a deal.”

Karrar, a dental student in Baghdad who declined to give his last name, also thinks parliament is focusing on PUBG at the expense of more prescient issues. “Sure it might have detrimental effects if one is fully committed to it, but that applies to anything,” he said.

“Why not pass laws that restrict the spread of drugs in the south instead?”

Basra in southern Iraq is particularly affected by the global crisis, and drug-related arrests are reportedly increasing there.

Both Karrar and Abbas said PUBG was working as normal as of Sunday and Monday, respectively. Karrar says the fact that PUBG is still operating in light of the decision is telling.

“The parliament has always been regarded as an utter joke to the people,” he said. "When these few laws get passed, they rarely see fruition.”

Social media reactions showed similarly dismissive attitudes among PUBG players towards parliament. After the IQGamers Facebook page posted an apparent picture of an official document showing the parliament’s decision, one commenter posted a meme showing a bombed out city beside a futuristic one. 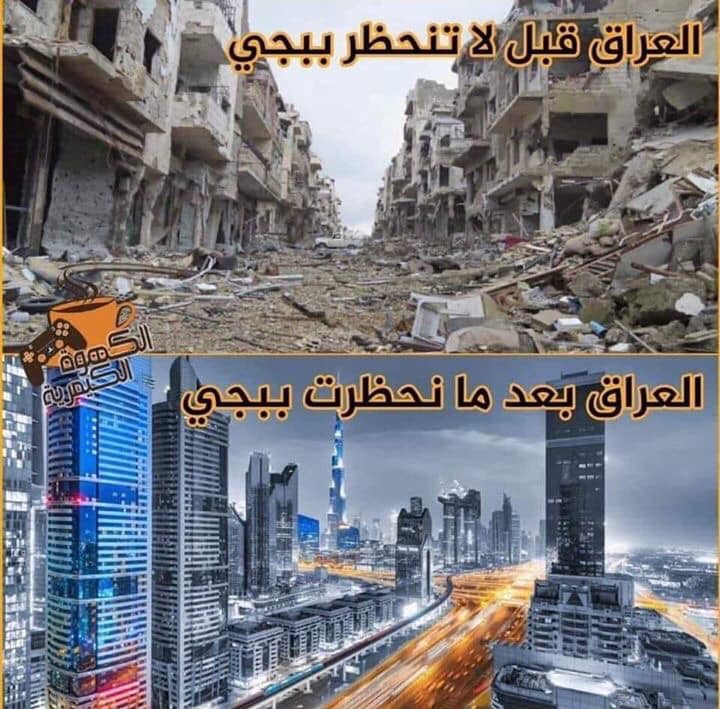 Some comments mocked religious appeals to ban the game, with one commenter writing: “unfollowing [the page] because of the infidels”.

There are others in Iraqi society who support the parliament’s decision, though. Ali Albayati, from the quasi-governmental Iraqi High Commission for Human Rights, says blocking the game would make kids less prone to violence and help family life.

“Such games practically are increasing the violence among kids and other groups,” he said.

“[The games] are one of the important causes of the social breaks and social problems among Iraqi families.”

However, Albayati concedes that it is not clear if the government will or can ban Iraqis from playing PUBG.

“It’s unknown whether we have the ability to implement it or not,” he said. “I think preparing the tools to implement such a thing is very important.”

The discontent over the PUBG vote has been quite different, and is limited to online frustrations and humour.

On Monday, a photo began to circulate on social media showing four Iraqi women posing in uniforms from the game in protest at the ban.

According to IraqiNews, the four women were posing in the al-Mansour district in Baghdad.

For Abbas, the religious objections from politicians to PUBG should not supersede people’s right to play.

“It’s a form of entertainment,” he said in reference to Sadr’s remarks.

“You can’t strip people of their entertainment just because they don’t fit with someone’s religious views." 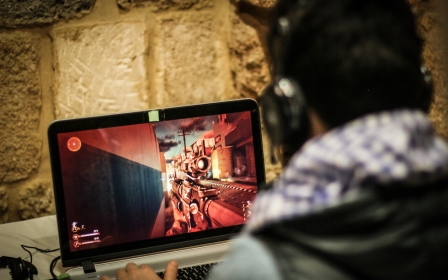