At least 25 dead in blast near Cairo cathedral 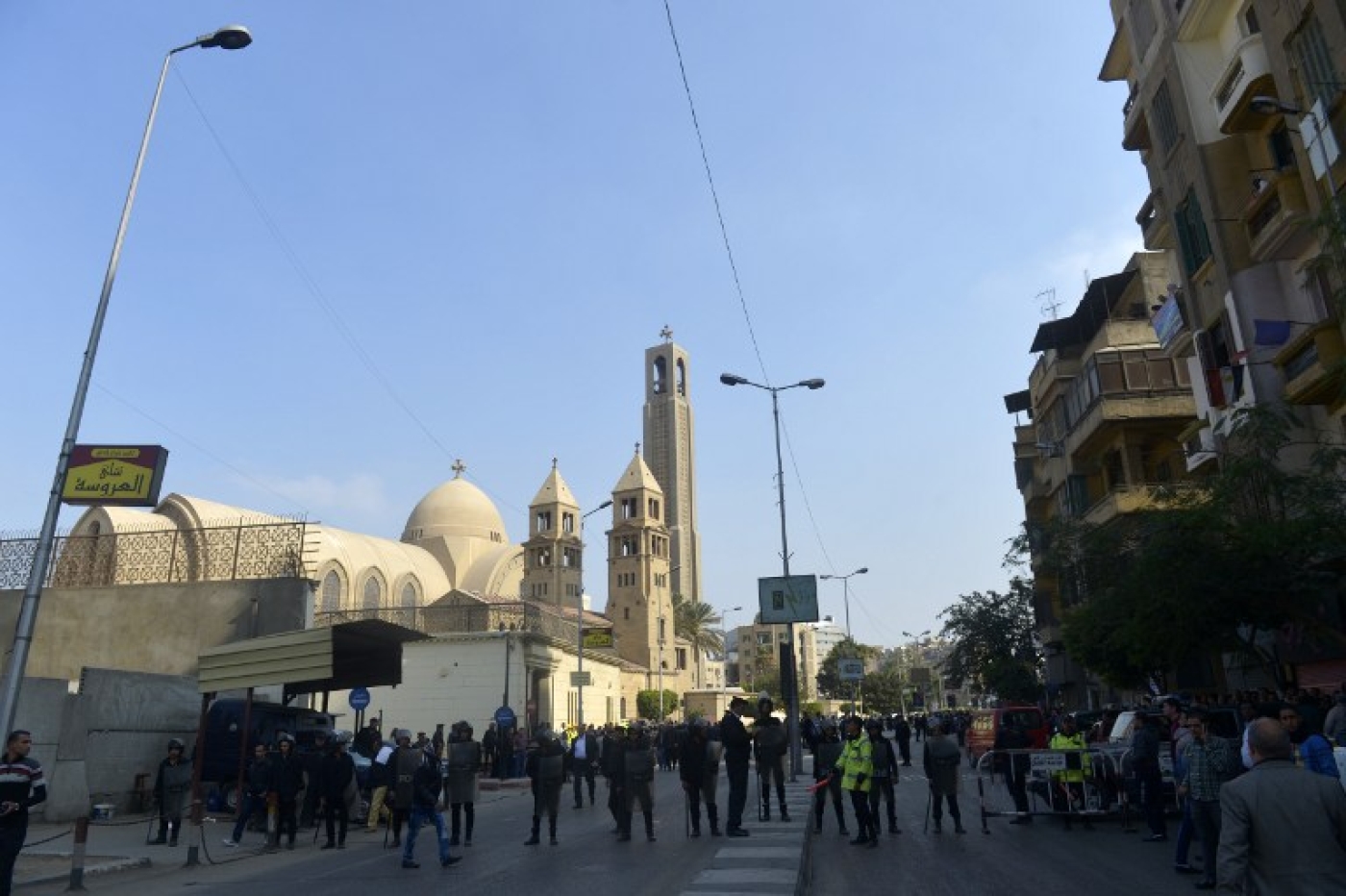 A bombing in a Cairo church on Sunday near the headquarters of the Coptic pope killed at least 25 people and injured at least 31, state media reported.

It was the deadliest attack on the country's beleaguered Christian minority in recent memory.

The explosion ripped through the Coptic church around 10:00 am (0800 GMT), Egyptian security officials said, shattering its windows.

State television cited a security official as saying a bomb made of TNT appeared to have been the cause of the explosion.

Ambulances lined up outside the church in the capital's Abbasiya district to evacuate the dead and wounded.

Sources from the church asserted that the majority of those killed were women. Two young children were also among the dead, reported Egyptian newspaper Daily News.

The church is close to the St Mark's Coptic Cathedral, the seat of Coptic Pope Tawadros II, who is currently on a visit to Greece.

As a reaction to the blast, hundreds of people staged protests near the site of the incident.

As crowds gathered outside of the church chanting: "Tell the sheikh, tell the priest, Egyptians' blood is not cheap," the Egyptian minister of interior Magdy Abdel Ghaffar and prime minister Sherif Ismail arrived at the scene.

But protesters barred the duo from entering the church and called for Ghaffar's immediate resignation.

Commentators have said that the strong reaction against media representatives points at increasing anger among Egypt's Coptic community towards what they perceive as the government's inaction in the face of repeated attacks.

Translation: The attack on Lamis al-Hadidy, Ahmed Mossa and Reham Saeed at the Cathedral. Thank you to every fellow nationalist Copt who chanted against those people. The message is clear Sisi.

Copts, who make up about 10 percent of Egypt's population of 90 million, have faced persecution and discrimination that spiked during the 30-year rule of Hosni Mubarak, who was toppled by a popular uprising in 2011.

In 2011, a suicide bomber killed 21 worshippers outside a church in the coastal city of Alexandria.

Extremists have regularly incited violence against Copts, especially since the military overthrow of president Mohamed Morsi in 2013.

On 14 August 2013, mobs attacked dozens of churches across the country after police killed hundreds of pro-Morsi protesters in Cairo.