Lebanese protesters fail to stop new government being voted in 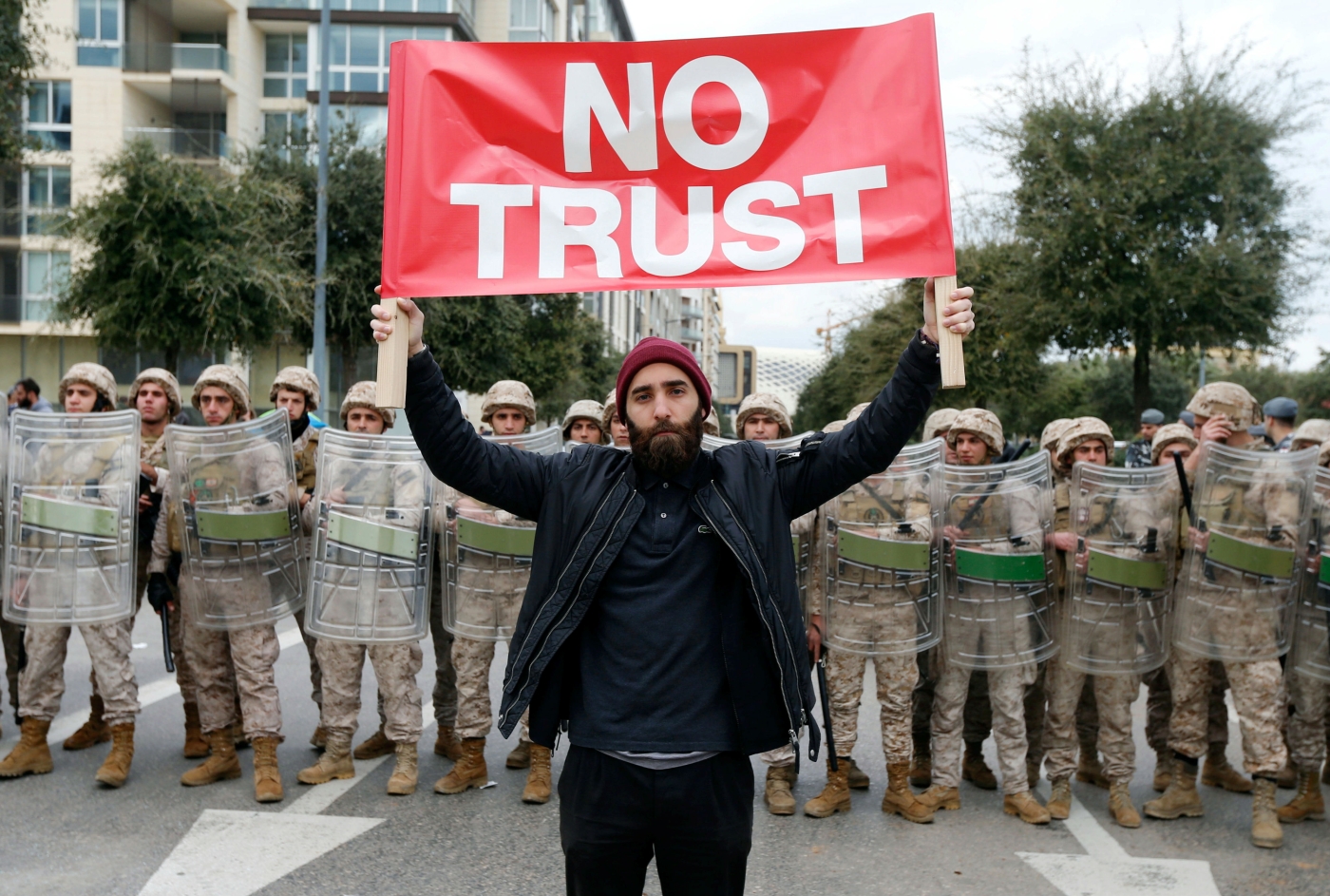 A demonstrator holds a banner during a protest seeking to prevent MPs and government officials from reaching parliament for a vote of confidence, in Beirut (Reuters)
By
Kareem Chehayeb
in
Beirut

Lebanon's parliament on Tuesday voted in a new government tasked with managing the country through an economic crisis, as protesters scuffled with security forces on the streets outside.

Riot police tried to repel protestors with water cannon near Martyrs’ Square, while the baton-wielding soldiers on the coastal road resorted to more force. Demonstrators threw rocks at riot police in turn, and attempted to climb over concrete barriers erected to keep protesters at arms’ length from government buildings.

Around 300 protesters were wounded in the confrontations, according to the Red Cross, with 40 rushed to hospital.

Protest groups called for people to join them as early as 7am, though scores of people set up camp in central Beirut the night before.

Since the formation of a new cabinet led by Prime Minister Hasan Diab last month and a surge in protests, concrete walls and barriers have been set up across Downtown Beirut near the streets leading to parliament. Additional barriers were set up further away from parliament during the days leading to Tuesday’s session, cutting Lebanon’s populace from their capital’s centre and politicians.

MPs headed to parliament to debate the Diab government’s policy statement and issue a vote of confidence.

Protestors attempted to block roads to stop the session from taking place, but depsite their efforts a quorum was achieved and MPs voted in favour of the new government 63 t0 20, with one abstention. Another 43 MPs were absent from the proceedings.

Around a dozen MPs declared ahead of the session that they were boycotting, including former prime ministers Tammam Salam and Najib Mikati, as well as former journalist Paula Yacoubian.

Yacoubian, an independent, told Middle East Eye she was fully behind the "revolution" and not Diab's government.

The Lebanese Army in a statement said while they ensure the right to peaceful protest, they will do the same for the “right to freedom of movement”.

Lebanon’s last government was dissolved when then-prime minister Saad Hariri resigned in October under pressure from weeks of protests against mismanagement and corruption.

Demonstrations have not stopped since, and protesters have rejected Diab’s new line-up as inadequate and a continuation of the political elite that have driven the country to the brink of financial meltdown.

Lebanon is facing its worst financial crisis since its 15-year civil war ended in 1990, with one of the highest debt-to-GDP ratios in the world. A shortage of US dollars has led to the de-facto devaluation of the Lebanese lira coupled with skyrocketing costs. Banks scrambling to keep hold of money have issued strenuous weekly withdrawal limits of as little as $100.

'If the ruling parties approve of Diab’s government, then it’s inherently not in our interest'

In his policy statement, Diab vowed to listen to protesters and act transparently.

“We will implement a thorough recovery plan in cooperation with international institutions,” Diab said, promising for a series of legislative and legal reforms over the next three years.

The prime minister-designate even promised to guarantee the independence of the judiciary within the next 100 days.

Protestors, however, criticised the statement, saying that it resembles the policies of previous governments and noting that Diab is working with an outdated national budget from Hariri's government.

Camille, a 23-year-old unemployed graduate, told MEE that protesting and blocking roads is the only way to stand up to Lebanon’s ruling parties.

“If the ruling parties approve of Diab’s government, then it’s inherently not in our interest," he said, standing with student groups and university professors near a riot police line.

Like many other young Lebanese, Camille has struggled to find work, and fears the impact of impending austerity measures.

“We’re not responsible for the economic crisis,” he told MEE. “We won’t pay [the price] for their mistakes.” 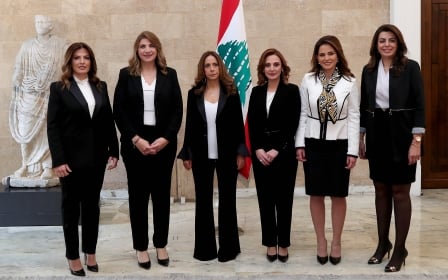 Lebanon Protests
The show must go on: Beirut theatre holds firm amid upheaval