Organisations warn of increased risk of school dropouts, as the country reels from the effects of the explosion 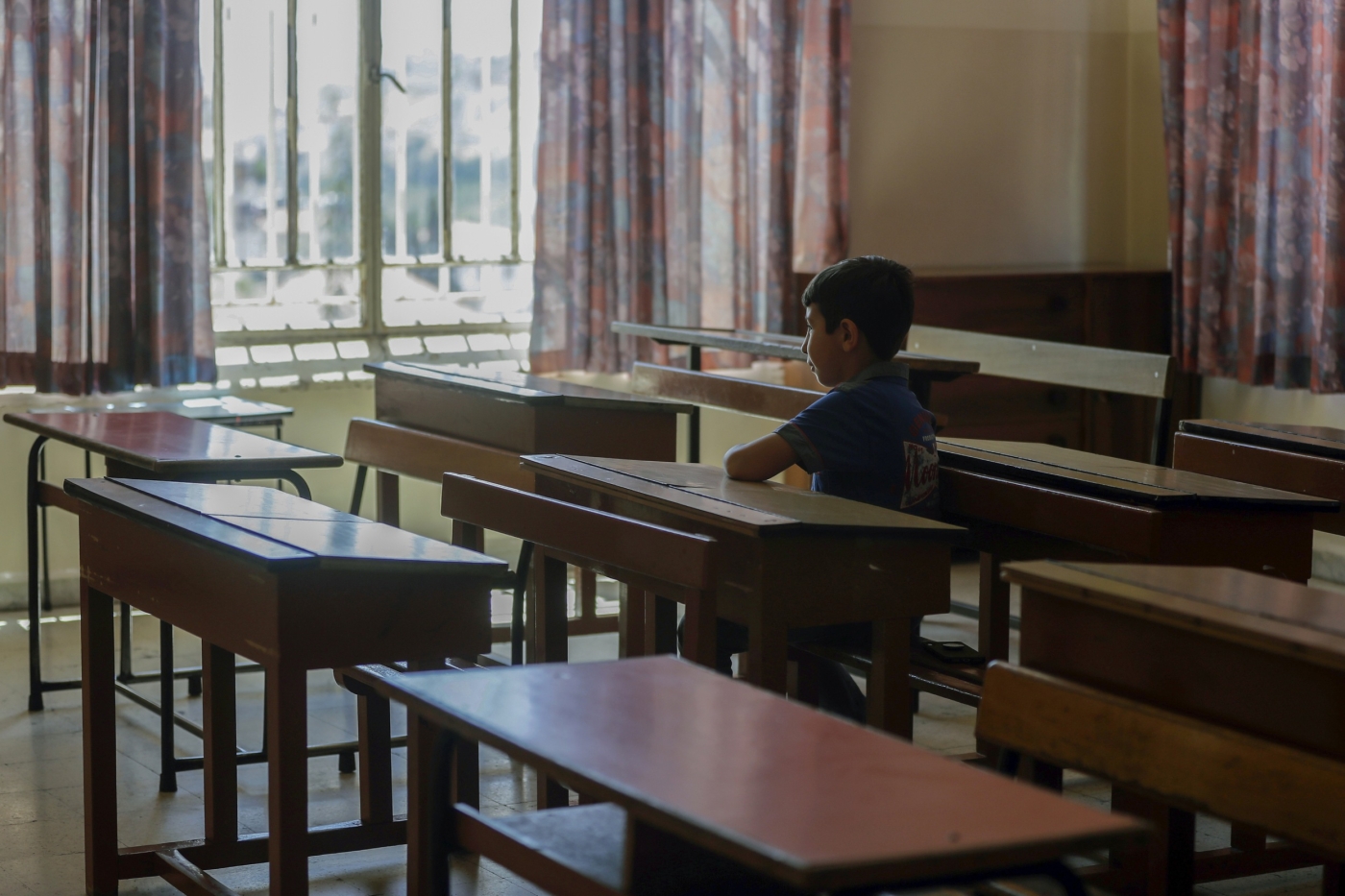 “I asked you to call me at this time because that’s when my son has a break from [online] classes,” Sanaa told Middle East Eye from Beirut’s Tariq al-Jdideh neighbourhood. “There is only one cellphone at home, and we don’t have any laptops.”

Sanaa lives with her unemployed husband and her 11-year-old son, as well as her widowed daughter and two grandchildren. Her daughter is the only one who is employed. 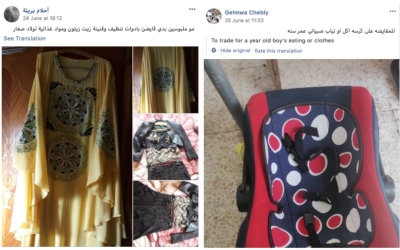 Her 11-year-old is currently studying in a non-profit private school run by Islamic organisation al-Maqased, but his mother is struggling to keep him enrolled in online classes.

“I had to find new means of financial support to keep him there,” she said. “Tuition is 1,150,000 Lebanese lira, but we don’t have that right now.”

At the current black market exchange rate, that is worth less than $140.

Lebanese families, which have been already hit by a crippling economic crisis that has been further exacerbated by the Covid-19 pandemic and the Beirut port explosion two months ago, are finding that access to education for children in Lebanon is becoming more and more scarce.

The United Nations has previously estimated that around 100,000 children were rendered homeless by the explosion. A damning statement from the International Rescue Committee (IRC) on 28 September has meanwhile warned that a quarter of Beirut’s children are at risk of dropping out of school, with 85,000 children registered at 163 schools damaged by the August blast.

“We noticed there is a lot of support needed for children,” a concerned Abou Jaoude said, highlighting how the physical and psychological impacts of the Beirut blast, as well as the already damning economic crisis, may have an effect on education.

“Otherwise, we are heading towards wide dropouts.”

Lebanon’s public education system has been on the rocks for quite some time.

Since the end of the 15-year civil war in 1990, public services and institutions in Lebanon have remained fragile and poorly funded. State spending on education is minuscule compared to regional counterparts. In 2014, Lebanon spent just over one percent of its gross domestic product on education, compared to Tunisia’s six percent.

“With public schools, all the learning happens outside of the classroom at home with the parents” even before classes moved online, Sanaa said, adding that the overcrowded and poorly equipped public schools are also rife with nepotism.

“My brother removed his three kids from private school, and needed wasta [connections] to enroll them in public school,” she said. “It’s very difficult to put them on the waitlist; if you don’t have connections, they just say goodbye and God be with you.”

'If you don’t have connections, they just say goodbye and God be with you'

For-profit options dominate the landscape, with private schools making up half of all schools in Lebanon. Meanwhile, Lebanese political parties utilise patronage networks to try to fill the gap in exchange for political loyalty. State employee benefits are often used to enrol their children in private schools.

However, Lebanon has been devastated by an economic crisis that has weakened the local currency by roughly 80 percent in less than a year, and has driven roughly 55 percent of the population into poverty.

No longer able to afford private education, many families have unsurprisingly opted to move their children to public schools, Abou Jaoude said.

“Until now, we don’t know the exact numbers or how many children [have changed schools], because the school registry is still open at the Ministry of Education,” Abou Jaoude said. “A key risk is going to be finding enough space for children [in classrooms].”

Meanwhile, the country’s cash-strapped government has continued to cut spending on public services, with this year’s budget slashing 7 percent off education funding.

Teachers left to hold the fort

“Public schools are floundering,” Jinan al-Ayoubi, a public school teacher of over 25 years, told MEE. “We know that this year many kids will try to enroll from private schools, but we don’t know that exact number yet.”

With virtually no state support in recent years, Ayoubi added that their school superintendent had to reach out to international organisations and even the Lebanese army to fund stationery supplies.

In Beirut, a private school teacher, speaking on the condition of anonymity, told MEE that many colleagues across the several schools have been denied pay or laid off.

“Our pay was cut in half for six months... but then they got us back to regular pay in Lebanese [lira],” they said, despite the currency being seriously devalued. 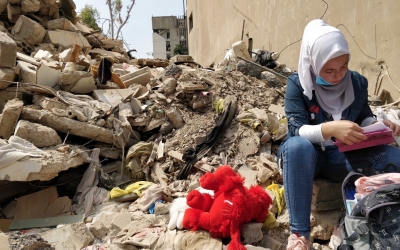 The teacher said they believed the situation at their institution was “average” and reflective of the impact of the economic crisis on the broader private education system. At five private schools run by the French Secular Mission, 180 teachers have been laid off, and around 1,500 students are expected to drop out due to their inability to pay tuition.

Ayoubi and other public school teachers have had to find ways to help families cope with the myriad of economic setbacks, despite also dealing with financial hardship themselves.

Already on very modest salaries, public school teachers have also seen their wages decline significantly due to the devaluating currency. “At this point, it barely covers your transportation fees,” she said, adding that some teachers have long daily commutes from one city to another.

“We encourage children to swap books with others from different grades, so they can have the books they need for the school year,” she said in frustration, adding that the economic crisis has made other changes linked to the pandemic - such as distance learning - even more difficult.

“Many households don’t have more than one phone - with either parent - but have five or so children who need it for classes,” Ayoubi explained, adding that schools are unable to accommodate one laptop per teacher.

“And you already know how bad the internet is in Lebanon.”

Sanaa has struggled to make sure her child gets the best out of online learning.

“I can’t even afford internet, so I rely on my neighbour,” she said. “It’s really the filthiest situation.”

For children in Beirut, the uncertainty of going back to school in the middle of a pandemic while experiencing the strains of financial hardship is only worsened by the psychological impact of witnessing an explosion that devastated entire neighbourhoods of the capital in the blink of an eye. 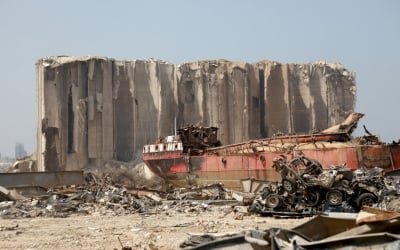 Riwa Maktabi, who manages Plan International’s child protection programme, said that her organisation is working with children and families that have never been in such a vulnerable position before.

“We can definitely say there is psychosocial distress,” Maktabi told MEE, adding that while some children lost family members during the blast, others were separated and unaccompanied. “We have cases of bedwetting, recalling images of what happened, and asking their caregivers many questions [about the explosion].”

On top of the fact that it’s “their right to an education,” investing in schools is imperative for victims of the Beirut blast - both children and adults alike - to heal, she added.

“What we are stressing the most is ensuring that these children have access to services that are needed: psychosocial, mental health, cash assistance,” Maktabi explained, adding that routine brings “comfort and psychological wellbeing”.

“Having this regular routine to bring kids to school on a regular basis in contact with peers and teachers, helps them build their social circles,” she said. “At the same time, it also gives the caregivers some space; the more they help themselves, the better they are able to support their children.”

Meanwhile, the IRC said in its statement that it was concerned that most resources towards schools will be allocated for reconstruction alone, as an immediate response to the blast that shook the city.

“Rehabilitation tends to get a lot of attention... there is immediate change,” it said. “But so many details follow that, and we feel we have to highlight them.”

Among those crucial details are providing psychosocial support, helping children catch up on classes they have missed through coronavirus closures, and alleviating financial burdens.

Caretaker Prime Minister Hasan Diab met earlier this month with several ministers and Central Bank Governor Riad Salame to discuss ways to subsidise schoolbooks to support both struggling schools and students, though no updates have come since then.

Meanwhile, parliament was supposed to discuss a bill in late September that would provide financial support to private schools during a two-day legislative session. However, the bill was not addressed during the first day and the following day’s session was cancelled.

Either way, that financial lifeline for the country’s private schools would equate to less than $37.5m as the local currency continues to plummet.

In the meantime, Sanaa and many others are willing to give up everything to ensure their children get the best education they possibly can.

“We’re spending less on food, clothes, and entertainment for our children,” she said. “Education has now become the priority. It’s one big crisis and we’ve hit a dead end.” 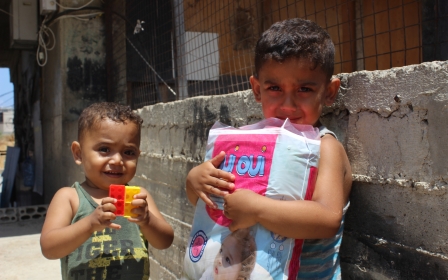 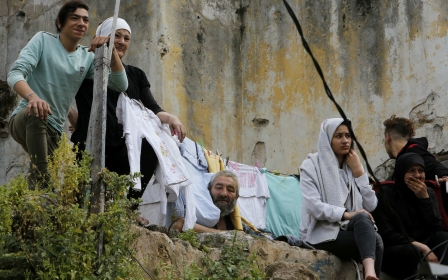 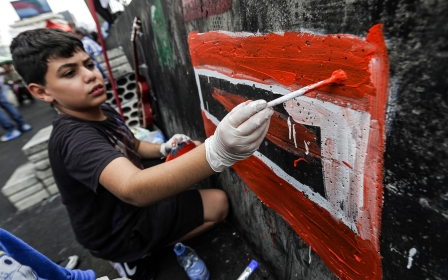