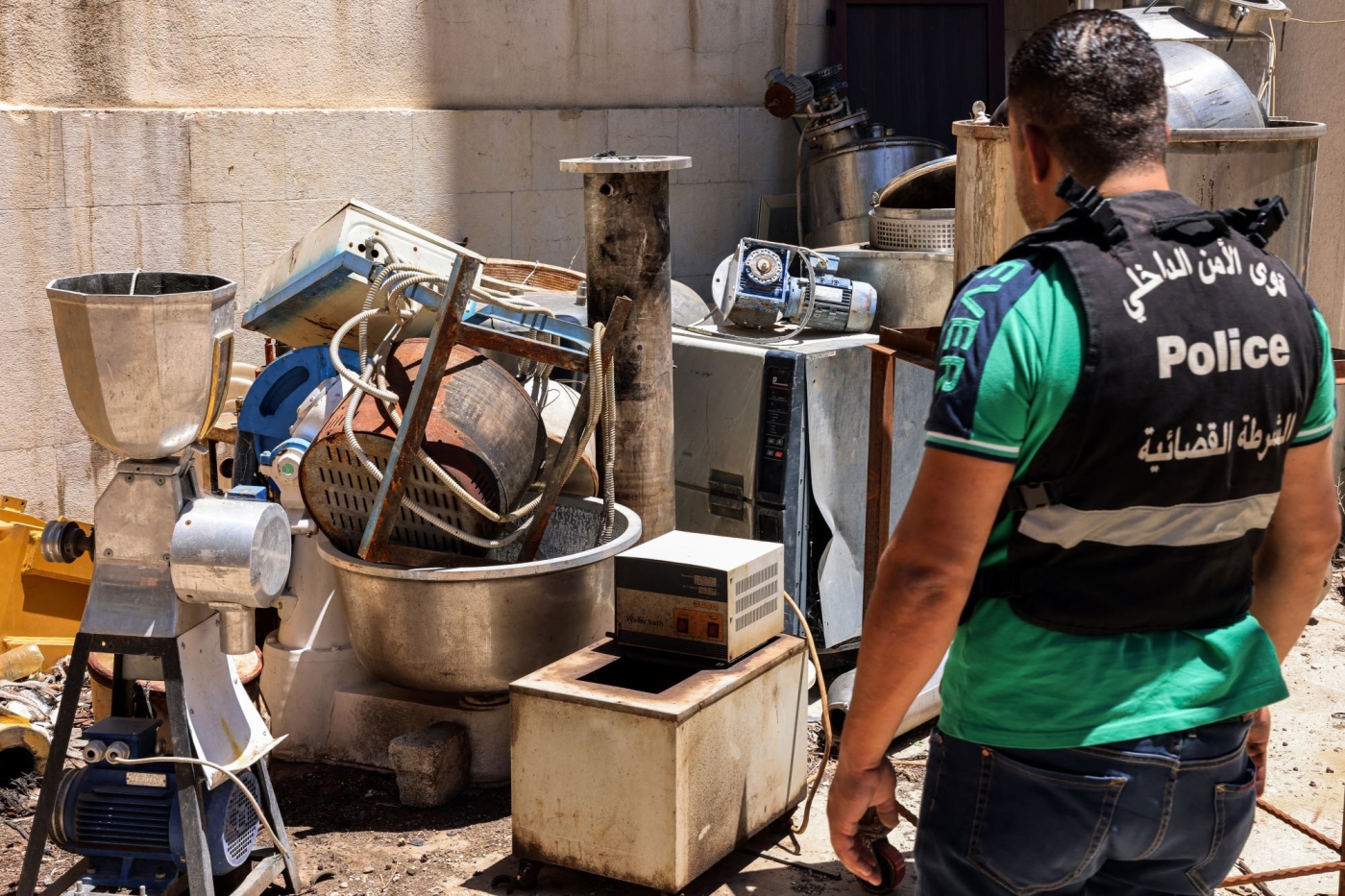 Mohammad, a 37-year-old father of three, has - like most Lebanese people - suffered terribly in recent years, as his country continues to spiral into economic collapse.

A recovering drug addict, Mohammad entered a rehabilitation programme in 2015, hoping to kick his dependencies, which included cocaine, hashish and heroin. But despite some initial success, worsening conditions in Lebanon have made recovery much more difficult.

'Today, if someone sees drugs, they'll use them, even after trying to quit for ten or twenty years'

"Not having a job and having to feed the whole family, without money, makes me very worried," he told Middle East Eye as he left an appointment with Skoun, a Lebanese NGO focused on drug rehabilitation and awareness.

Across Lebanon, drug consumption has increased in line with the country's financial crisis, which has seen a collapse in the value of the Lebanese pound that has plunged the majority of people into poverty.

At the same time, the deterioration of the healthcare system has made relapses more frequent and made treating addiction harder.

"Maybe out of one thousand people only one person can stop. Today, if someone sees drugs, they'll use them, even after trying to quit for ten or twenty years.”

Alarming increase in drug use

Although there is no national data on the number of drug users in the country, organisations such as Skoun have registered a significant increase in the number of patients seeking help since the start of the full-blown economic crisis in 2019.

Since then, the financial crisis, the impact of the Covid-19 pandemic and the trauma caused by the deadly Beirut explosion in 2020 - an accident that left 218 people dead and wrecked much of the capital - have compounded the problem, leading people to seek solace in drug use.

'The setting in which people consume drugs is much more now a setting of isolation as opposed to a setting of celebration, a party, a sand festival, a rave'

“Substance use and addiction seems to be a solution for a lot of Lebanese people in order to deal with the traumas of the entire crisis and especially Beirut’s blast - we keep hearing about people starting to use cannabis or psychoactive pills to help them sleep and reduce anxiety,” explained Badran Nadia, executive director of NGO Society for Inclusion and Development in Communities and Care for All (SIDC).

Between 2019 and 2022, SIDC reported providing services to 169 percent more patients with substance use disorders and addictions.

“[Previously] we had very few people on our waiting list, whereas now we have a monthly waiting list of 25 to 30 people who have to wait a month or two to be admitted to our programme,” she said.

From recreational use to coping mechanism

The reasons why people use drugs have also evolved.

The last study of the European Web Survey on Drugs - which featured 274 respondents who reported having used at least one illicit drug in the 12 months prior to the survey - found that, in Lebanon, drug use had moved from being primarily a recreational activity to being used for self-medicating issues such as stress, depression or insomnia.

In a yet-to-be-published study by the Skoun Center, Lebanese adults diagnosed and treated for substance abuse at the centre were mostly found to have developed some kind of mental health condition such as mild to moderate depression (55.1 percent), mild to moderate anxiety (50.7 percent), and PTSD (61.8 percent).

Economic distress, changes in employment status, and decreases in working hours were other risk factors that have been identified by Skoun for increasing illicit drug and alcohol use.

The environment in which drugs are consumed has also changed, and no less than 83 percent of Lebanese respondents to the European Web Survey said they use drugs at home.

“The setting in which people consume drugs is much more now a setting of isolation as opposed to a setting of celebration, a party, a sand festival, a rave," confirmed Sleiman.

With the collapse of the local currency, and the ongoing inflation in the country, the types of drugs consumed also changed in nature. More available and cheaper drugs like cannabis, salvia and alcohol and, more recently, crystal meth have become common because they are easily accessible.

Conversely, cocaine and MDMA are becoming more expensive and only those with sufficient money can afford them.

The challenge of relapsing

Faced with this alarming situation and despite the lack of resources, the NGOs dealing with drug addiction are mobilised on all fronts and are extending their services to other cities like Tripoli. 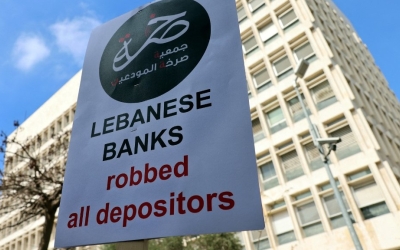 But at the same time, the lack of health professionals able to care for patients means that many people cannot benefit from any care. According to a report by Unicef, more than half of Lebanese families cannot get the medicines they need, and as many as 40 percent of doctors have left the country since the crisis began.

Without treatment, more and more patients are prone to reuse drugs, making it hard to recover from addictions.

“We are witnessing at [one of the SIDC centres]  an increase in the risk of relapse and reuse of heroin, especially with the shortage of opioid agonist therapy medications, and the increase in the prices at the black market," said Nadia at SIDC.

"It’s cheaper for them to use heroin than to buy buprenorphine or suboxone from the black market."

The consequences on the professional and personal lives of patients has been debilitating.

Due to withdrawal and craving, Nadia noted a decrease in productivity for those patients who still attended college or work, sometimes even stopping all activity.

Until the economic situation changes, however, for many in Lebanon, drugs are the only thing they can turn to for relief.

“When there was no bread in the country, you could still find drugs," said Mohammad.

"Something you need to survive, like food, is hard to find - but drugs are everywhere." 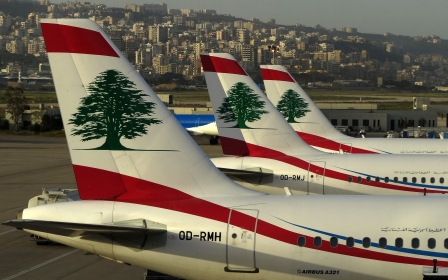 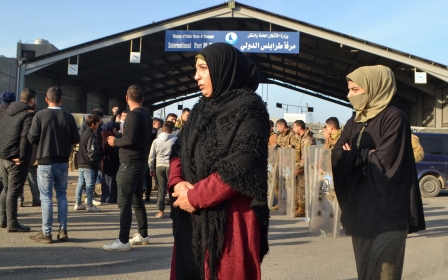 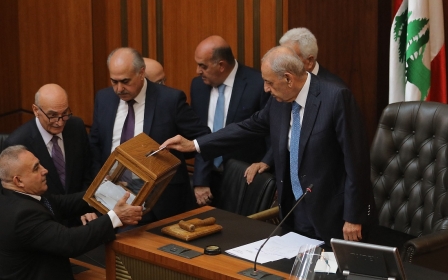