Shortages of basic goods, including fuel, medicine and wheat have been worsening in recent weeks 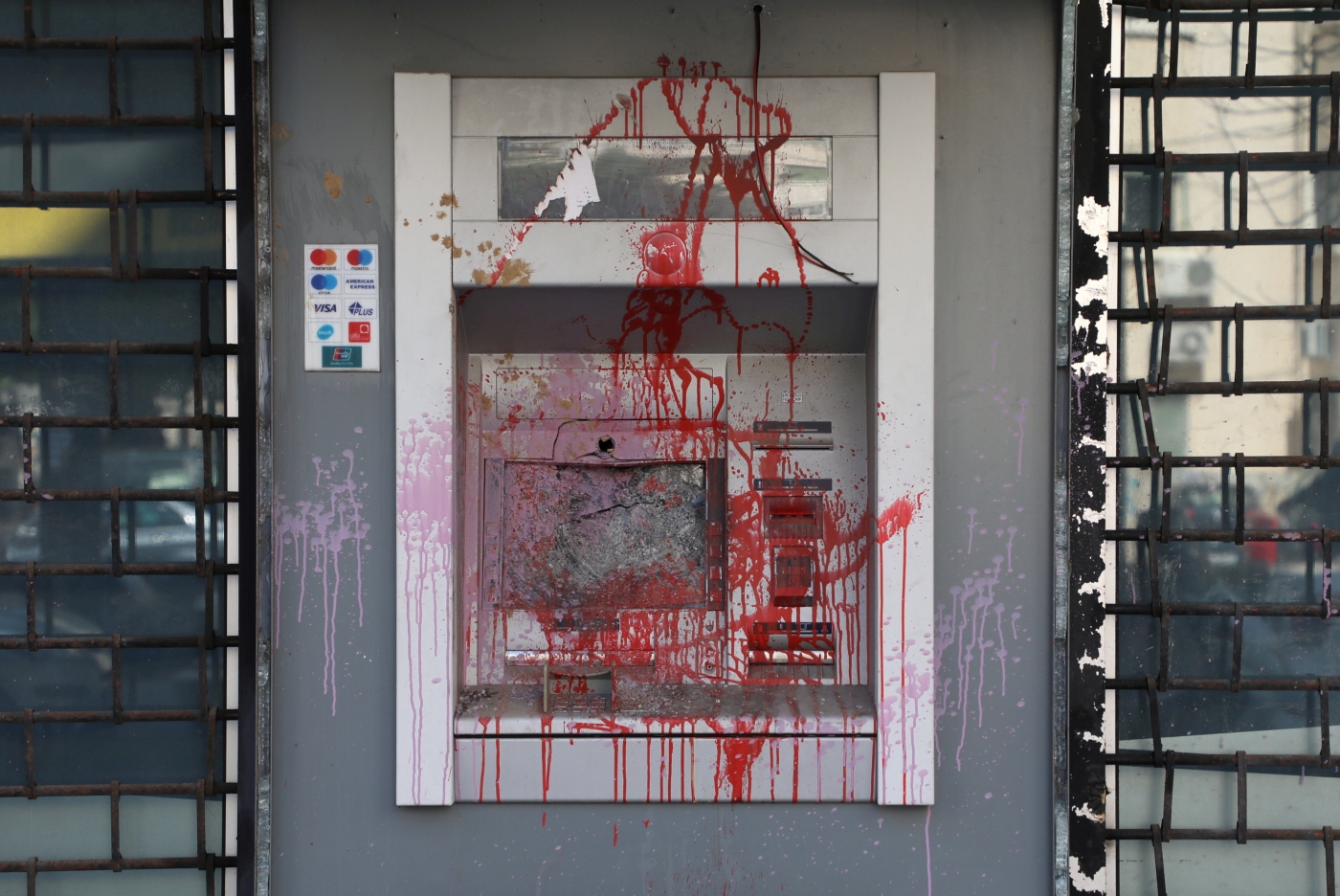 A damaged ATM cash machine is pictured in Beirut, Lebanon on 17 March 2021 (Reuters)
By
MEE and agencies

Lebanon's currency reached a new low against the dollar on Sunday, as the country continues to suffer a worsening financial crisis and political impasse.

Market dealers said the Lebanese pound was trading at around 15,150 to the dollar, losing around 90 percent of what it was worth in late 2019, when Lebanon's economic and financial crisis erupted. Lebanon has since been going through a precipitous economic meltdown, which the World Bank has described as one of the most severe depressions of modern history in a report released this month.

In March, when the pound hit a low of 15,000, protests broke out across Lebanon for over a week, blocking roads by burning tyres.

Foreign reserves - used to fund a subsidy programme for basic goods including fuel, medicine and wheat - are running out and shortages have been worsening across the board in recent weeks.

Some hospitals are ruling out elective procedures and only performing emergency surgeries to ration what is left of medical supplies. In protest of medications running out, most pharmacies staged a two-day strike this week. Meanwhile, motorists across the country have, in recent days, been forced to queue for hours for petrol outside stations, leading to a number of altercations between people waiting in line.

On Tuesday, the head of Lebanon’s Hezbollah movement, Hassan Nasrallah, said that the country could soon be forced to rely on imports from Iran as fuel supplies dwindle.

Meanwhile, a political deadlock has complicated the financial situation in the country. A new government is needed to enact reforms that could unlock foreign aid, however fractious politicians have been squabbling over cabinet formation.

Prime Minister-designate Saad Hariri and President Michel Aoun have been at odds over naming ministers since the former’s designation in October last year.

The former government has continued in a caretaker capacity after having resigned in the aftermath of the 4 August Beirut port blast.

Depositors have been promised some access to their dollars starting July, after being denied withdrawals from their own bank accounts since last year. Each customer would be allowed to withdraw $400 in cash and an equivalent in Lebanese pounds at a rate close to market value.

But the International Monetary Fund on Thursday criticised Lebanon's proposal for dollar deposit withdrawals and a capital control law, yet to be approved by parliament, saying both measures would only be meaningful as part of broader reforms. 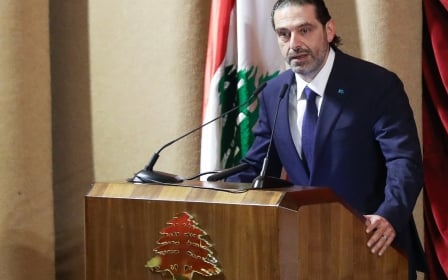 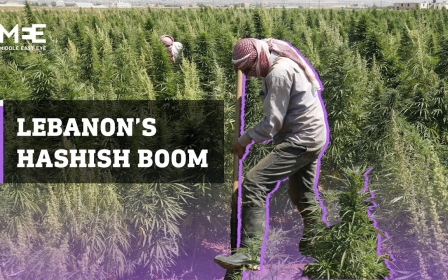