Gibran Bassil called for the move ahead of a regional economic summit in Beirut, more than seven years after Damascus was suspended 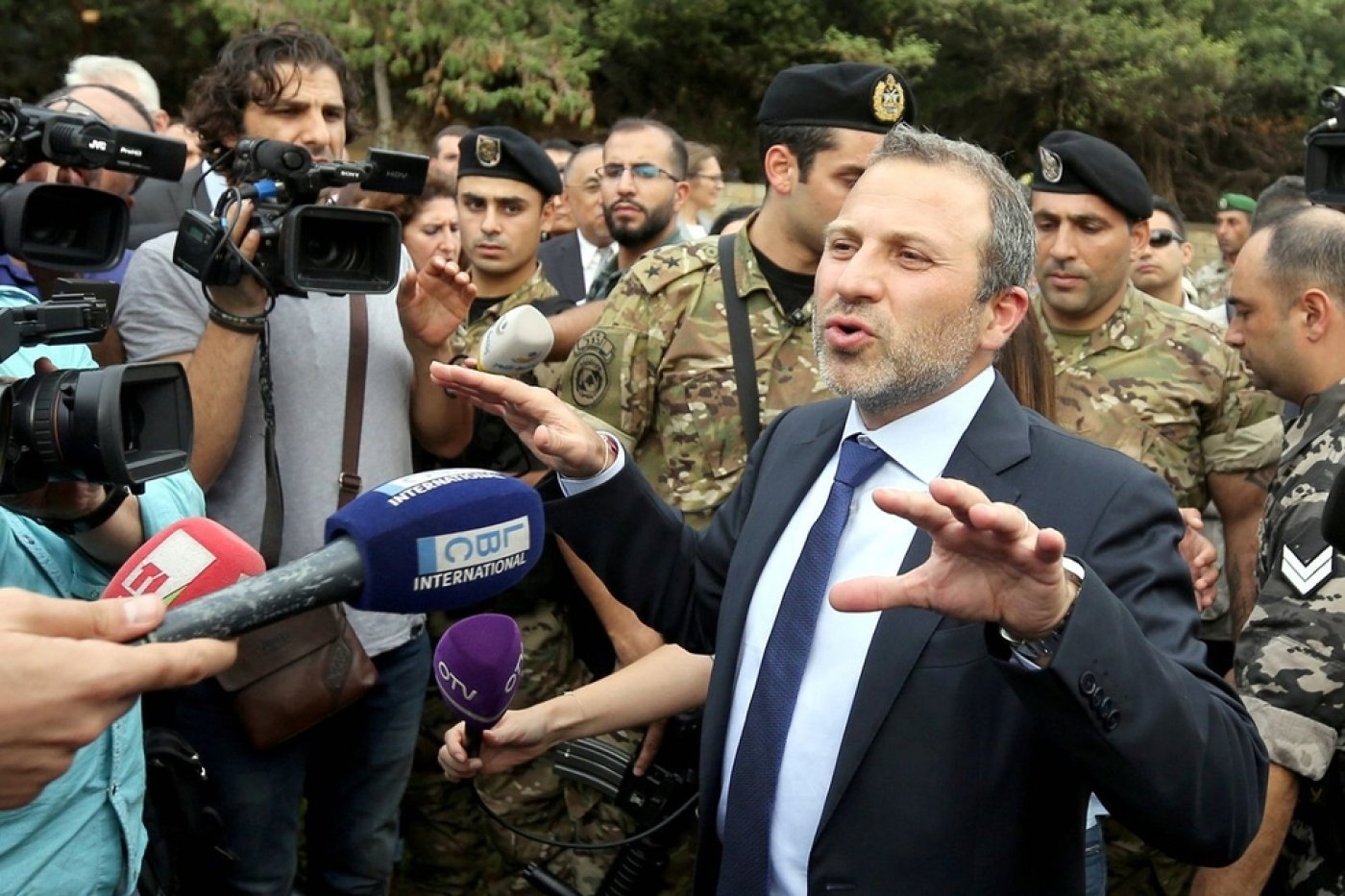 "Syria should be among us ... without us having to wait for a permission for it to return," said Gibran Bassil (Reuters)
By
MEE and agencies

Lebanon's foreign minister has called for the Arab League to readmit Syria, speaking ahead of a regional economic summit in Beirut and more than seven years after the league suspended Damascus' membership.

"Syria is the most notable absentee at our conference, and we feel the weight of its absence," Gibran Bassil said on Friday.

"Syria should be among us ... without us having to wait for a permission for it to return," he added at a meeting with other ministers from Arab League nations.

The Arab League suspended Syria in November 2011, as the death toll rose in the regime's brutal repression of anti-government protests.

But in recent years, President Bashar al-Assad's forces have gained the military upper hand in the country's civil war, and efforts to bring his government back into the Arab fold appear underway.

In December, Sudan's President Omar al-Bashir made the first visit by any Arab leader to the Syrian capital since 2011, and the United Arab Emirates reopened its embassy in Damascus having closed it in 2012.

On Thursday, it was reported that Bassil had decided to withhold an official letter calling for Damascus to be readmitted to the Arab League.

Bassil was unable to garner a unified stance over Syria, especially from one of the three parties mentioned above, a senior political source told the Al Bawaba website.

The head of the Arab League, Ahmed Abul Gheit, said on Thursday that member states have not reached a consensus on Syria's return to the 22-member bloc.

"When there is an Arab consensus, and when we are sure there is no objection from one side or the other, it will be as simple as puting it on the agenda of a meeting" of Arab foreign ministers, he said.

'A summit without heads of state'

Rifts among Arab states over Syria and its ally Iran, on top of divisions inside Lebanon, have overshadowed the summit being held this weekend, with several leaders pulling out.

Although at least eight heads of state were originally due in Beirut, only the Somali and Mauritanian presidents were expected to come, a source in the committee organising the event said on Friday.

However, Lebanese President Michel Aoun's office said on Saturday that Sheikh Tamim bin Hamad Al Thani had informed it he would come to lead the Qatari delegation.

Lebanon's Hezbollah, which fights alongside Assad, and its political allies including Aoun, have stepped up calls for rapprochement with Damascus, a move Doha has opposed.

With the lack of attendees at the summit, Lebanese newspapers ran despairing headlines on Friday.

"The Beirut shock ... a summit without heads of state," the country's oldest Arabic-language newspaper An-Nahar said.

The conference is set to discuss the digital economy, as well as a long-suggested project for an Arab free-trade zone.

Lebanon also hopes to put forward an initiative calling on countries in the region to help spread the burden of 1.5 million refugees living on its soil.