Lebanese carry a poster on 13 November 2019 bearing the portraits of Alaa Abou Fakhr and Hussein Atar, two demonstrators killed during an anti-corruption uprising (AFP)
By
Kareem Chehayeb
in
Beirut

During a press conference on Wednesday, the Hezbollah-affiliated MP expressed his outrage at protesters who demonstrated outside his home, saying that they should be shot.

“The wrong revolution is when you go in front of someone’s house,” the MP said. “I tell you from now, if you don’t have guards … shoot from the window.”

Translation: This is not an MP for the people. This is a criminal/hooligan wearing a tie. This thug is threatening the people with shooting if people come close to the home of any corrupt official to protest in front of it. This is incitement to violence and unparalleled degradation.

Essayed made these remarks at a press conference where he primarily talked about telecommunications, the general prosecution, exchange shops, among other matters.

He also claimed that protesters who gather by the homes of authority figures are not part of the uprising that first began shaking the country in October.

“Those that want to have a revolution and want to make demands should have awareness and make distinctions,” the MP said angrily. “They come and pick public spaces and slow down the country however they want … but where do you have the right to come in front of my home?”

Following the statement, Essayed took to Twitter on Thursday to double down on his diatribe.

“My comment yesterday was for every hooligan that comes by the window of my house to insult my dignity and my family,” he said in a tweet. “My words were intentional, not a slip of the tongue.”

Jamil Essayed, who was a former head of the General Security intelligence agency, ran with Hezbollah’s parliamentary bloc in Lebanon’s 2018 parliamentary elections, and has since branded himself as a maverick MP committed to tackling corruption.

Protests at the residences of Lebanese officials have been commonplace since last winter. Demonstrators have been met with violence at times at the hands of security forces and political partisans, notably near Parliament Speaker Nabih Berri’s Beirut residence.

A group of Lebanese lawyers submitted a legal complaint against Essayed on Thursday. One of the lawyers, Hani El Ahmadieh, told MEE that these comments “cannot be taken lightly” from someone with Essayed’s influence.

“This is clear incitement to beat protesters and shoot them,” Ahmadieh said. “We are among the protesters – and these are threats towards people who are calling for officials to implement reforms, or resign.”

Ahmadieh said such comments are chilling for demonstrators.

“This has caused people to feel especially cautious when protesting and be afraid of practicing their basic civil rights,” he said. “They do not get to tell people how to behave – there is no etiquette for protesting,” Samaha said. “An MP calling for anyone to use weapons against their own people in any context is unacceptable.”

Lebanon’s National Human Rights Commission, a state-appointed body, also decried the MP’s comments at a time when activists and journalists are facing legal action for non-violent criticism of authority figures.

“The threat of death and use of force against protesters is severely condemned, especially from a parliament member,” Bassam al-Kantar, the commissioner of international relations and information, told MEE.

Human Rights Watch (HRW) said that the incident reflects a pattern of prosecutors applying the country’s controversial defamation and incitement laws “selectively in ways that further the interests of powerful political and religious actors”.

Aya Majzoub, Lebanon researcher at HRW, told MEE that this demonstrates that “some people [in Lebanon] are above the law”.

“While the prosecution has taken swift action against countless journalists and activists who were criticising officials peacefully on social media, it has not yet taken any legal action against Jamil Essayed, who not only called for the murder of peaceful activists, but doubled down on his comments in the face of public outrage,” she said.

At least three demonstrators have been killed in Lebanon since the beginning of the protest movement denouncing government corruption and mismanagement amid dire economic conditions. 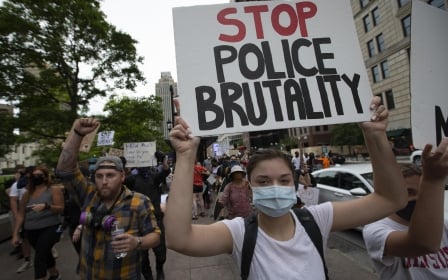 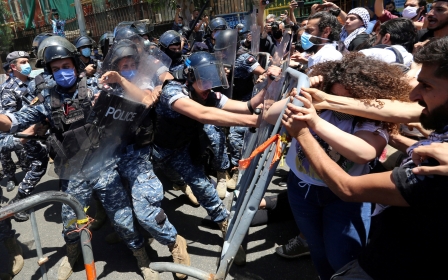