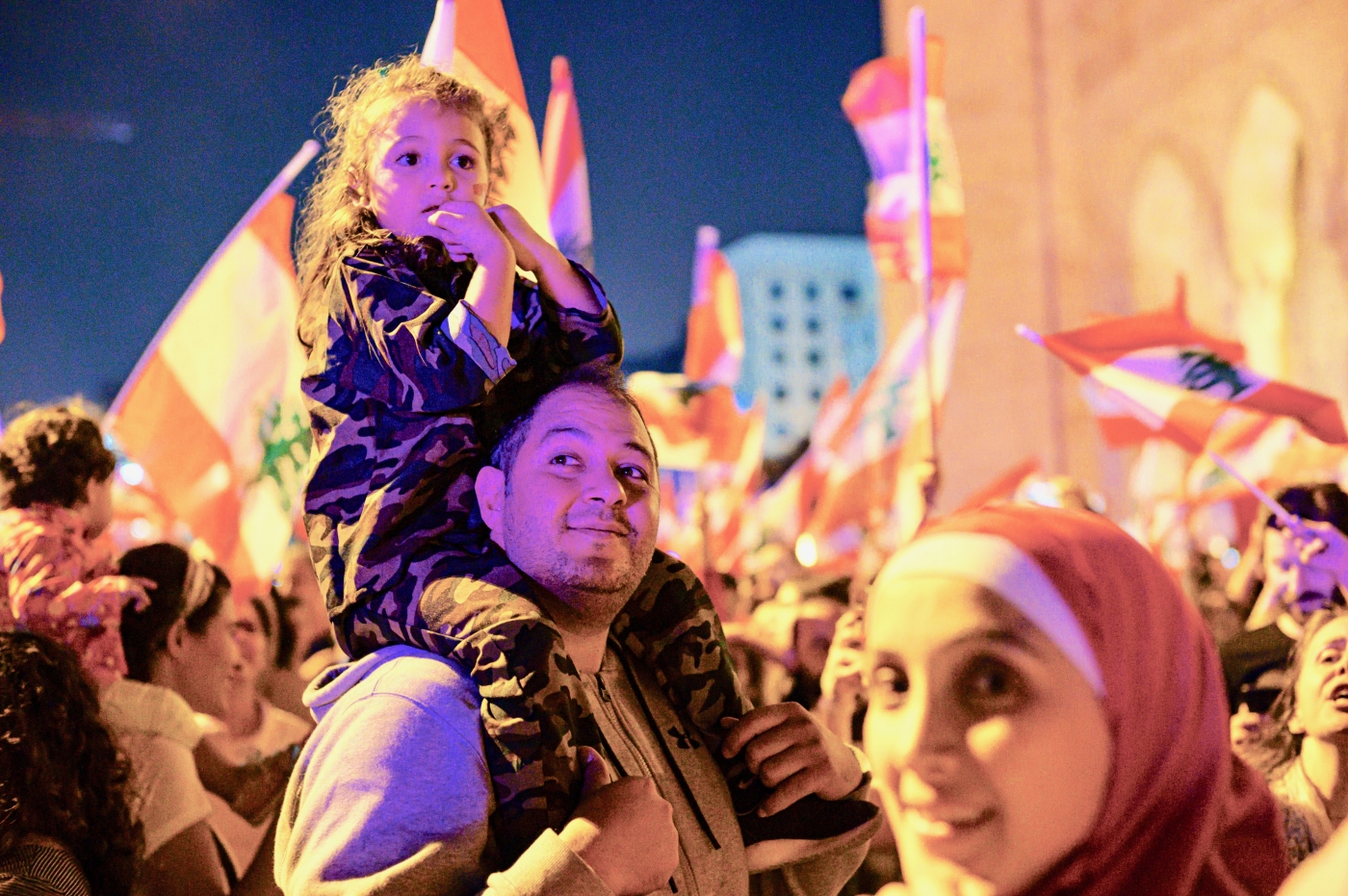 Mohammad lifted his three-year-old son onto his shoulders. As the boy waved a Lebanese flag, he seemed daunted by the size of the crowd around him. It was a sight that until recently, few in Lebanon had ever seen.

As twilight fell, the crowd that had drawn from all across the country grew into the tens of thousands. “All Lebanon is one - unsectarian,” said Mohammad, a 45-year-old factory worker.

He, his wife and their son had driven in a convoy from the conservative city of Saida earlier that day. “A poor economy, corruption… this isn’t a life. We want a future for our children,” he said.

Lebanon’s protests regained momentum on Sunday, as almost three weeks in, following a period of relative calm in Beirut, tens of thousands descended on the capital from all over the country. 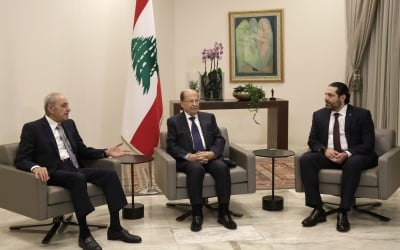 “We’ve already shown that without leaders we can paralyse the country, grinding it to a halt for two weeks. Tonight, we need to be out en masse to show the government that if they don’t listen to our demands, we’ll do it again,” said Ali, a 45-year-old protester in Martyrs’ Square.

“We won’t stop. This revolution is ours.”

The fever-pitch atmosphere, which had died down in the second week after the resignation of former Prime Minister Saad Hariri on Tuesday, was back with a vengeance.

After convoys left Beirut and the Bekaa Valley to support protests in Tripoli on Saturday, Tripolitans returned the gesture on Sunday.

One group of Tripolitan men commandeered a sound system in front of Saint George’s Cathedral. “Tripoli and Beirut, one hand,” they chanted.

“We came down from Tripoli to Beirut, all in one hand. One nation, one sect, one identity,” one of the group told Middle East Eye.

Earlier on Sunday, taking advantage of reopened roads, thousands of supporters of President Michel Aoun and his son-in-law Gebran Bassil - head of the Free Patriotic Movement, which was founded by Aoun - flocked to Baabda Palace to hear a speech by Bassil.

Outside the palace, which is the seat of the president, their supporters were also treated to a surprise video message from Aoun.

“We’ve got the same demands as those down in the square, but we don’t want chaos,” said Arif Kanaan, explaining why they were against calls for Aoun’s removal. The 55-year-old had come from the coastal town of Batroun, where Bassil holds a parliamentary seat.

Bassil, a deeply unpopular figure among protesters, has been subject - alongside his mother - to some of the protesters’ more lurid chants.

As calls grow for the election of a cabinet made up of expert technocrats, so have demands for the departure of Bassil - a career politician and the caretaker foreign minister - grown.

“We don’t have a problem if the minister is Bassil or not,” said Kanaan, who dismissed the idea of a government run only by technocrats. His companion, interrupting Kanaan, made their primary allegiance clear: “We are here to support General Aoun,” he said.

Down in Beirut, few were impressed by Bassil’s commitments to end corruption or his father-in-law’s promises earlier in the week to roll back the sectarian system and introduce a unified personal status law, which would grant certain equal rights to women across sects.

“We’ve been hearing the same rhetoric for years, we’ve never seen anything come true,” said Salam Daoud, an editor for an NGO.

Salam was at Beirut’s National Museum for a march organised by feminist groups, which saw several hundred women head out to join the larger protest in downtown Beirut.

“This revolution is feminist,” the women and men in the march chanted, carrying banners that read: “The patriarchy is deadly.”

Those in power are overwhelmingly male and have been propagating exclusionary policies, the 23-year-old said, advocating an intersectional approach to the protests.

“The fight for LGBT rights, women’s rights, refugee rights, it’s all one,” she said. “We’re mad, and we’re here.” 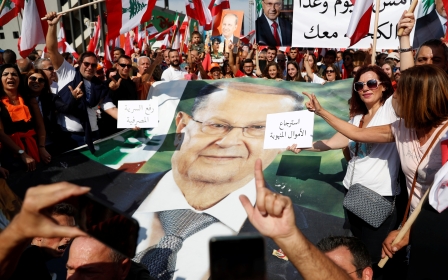 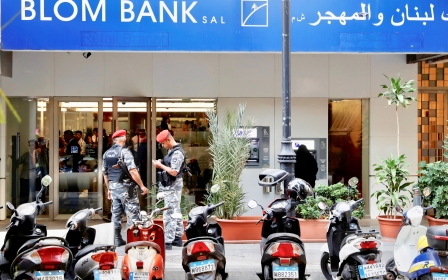 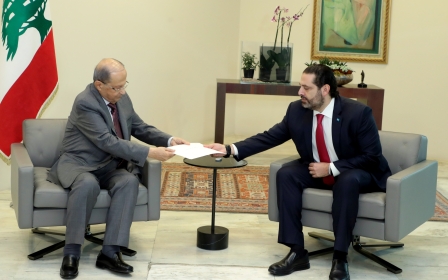