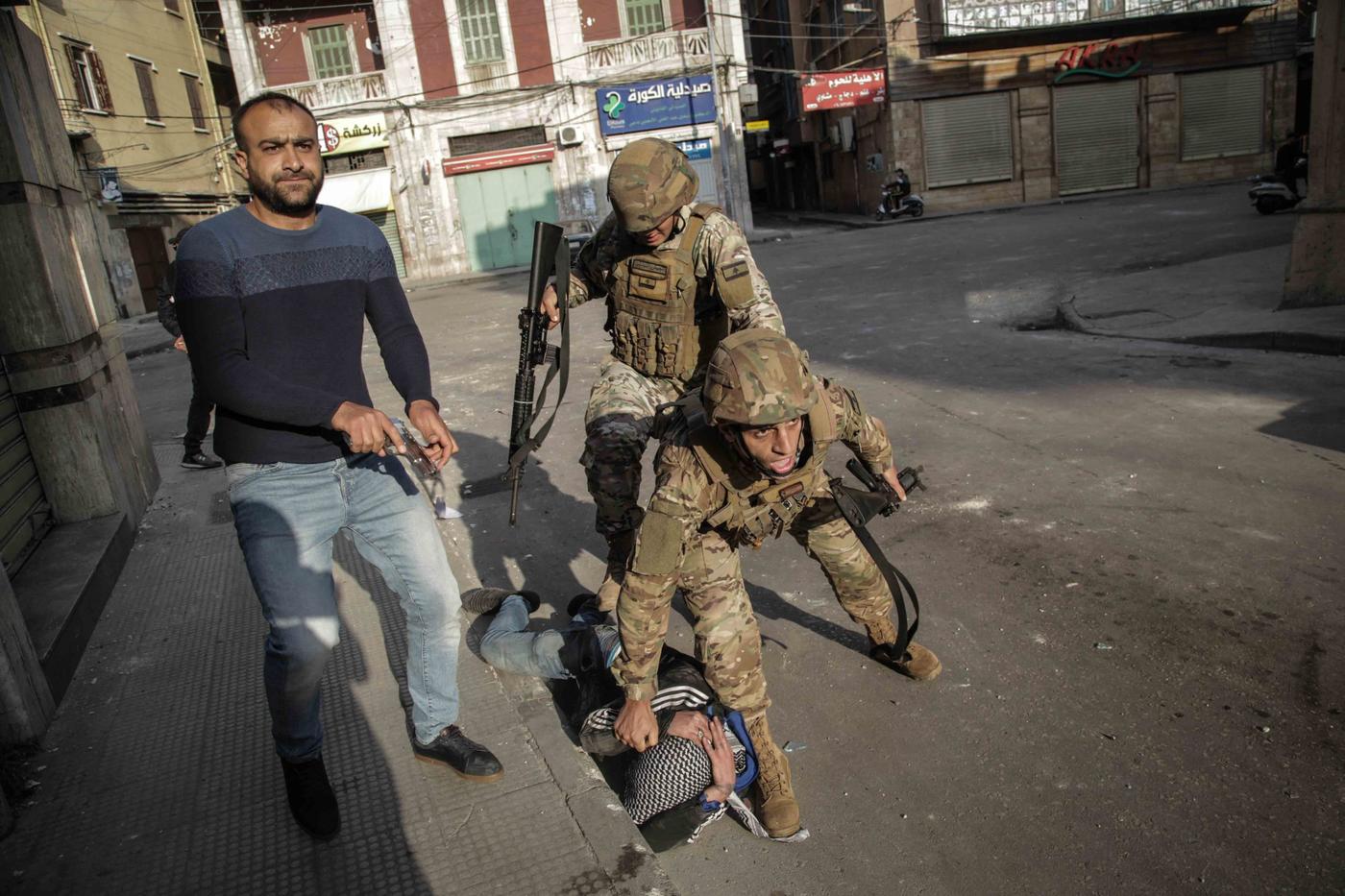 The anger on the streets has reinvigorated a 10-month-old protest movement that had largely fizzled out in the face of the coronavirus pandemic and a worsening economic crisis.

The state of emergency allows the army to close down assembly points and prohibit gatherings deemed threats to national security, and expands the jurisdiction of military courts over civilians. Rights groups say such courts do not meet international standards.

The army can also raid homes at any time and impose house arrest on anyone engaged in activities considered to threaten security.

Citing the "militarisation of the state," parliamentarian Osama Saad was the only one out of the 119-member chamber to oppose the state of emergency.

Parliament Speaker Nabih Berri responded that the army had "not taken steps that people fear, nor suppress television [channels] and despite the chaos in the media it did not intervene and left room for protest," according to local media.

But Human Rights Watch described the powers as a “pretext to crack down on protests”.

"Human Rights Watch is very concerned that the state of emergency would be used as a pretext to crack down on protests and snuff out the very legitimate grievances of a large segment of the Lebanese population," its Lebanon researcher Aya Majzoub said.

The expanded jurisdiction of military courts is especially worrying as "military courts in Lebanon do not respect due process rights and violate international law," she told AFP.

Security forces easily outnumbered the dozen or so demonstrators who had gathered outside parliament to heckle tinted vehicles dashing to the debate and prevent lawmakers from entering the session - the first since the 4 August blast that ravaged large swathes of the capital.

The vote came ahead of official visits by French Defence Minister Florence Parly and David Hale, the top career diplomat at the US State Department.

The colossal explosion that killed 171 people and wounded at least 6,500 others has rekindled calls for the ousting of Lebanon's decades-old political elite, many of whom are former leaders from the 1975-1990 civil war.

There has been widespread anger against a political leadership which allowed a large shipment of hazardous ammonium nitrate fertiliser, which exploded last week, to rot for years in a port warehouse despite repeated safety warnings.

The state of emergency is set to run until 21 August but it can be renewed.