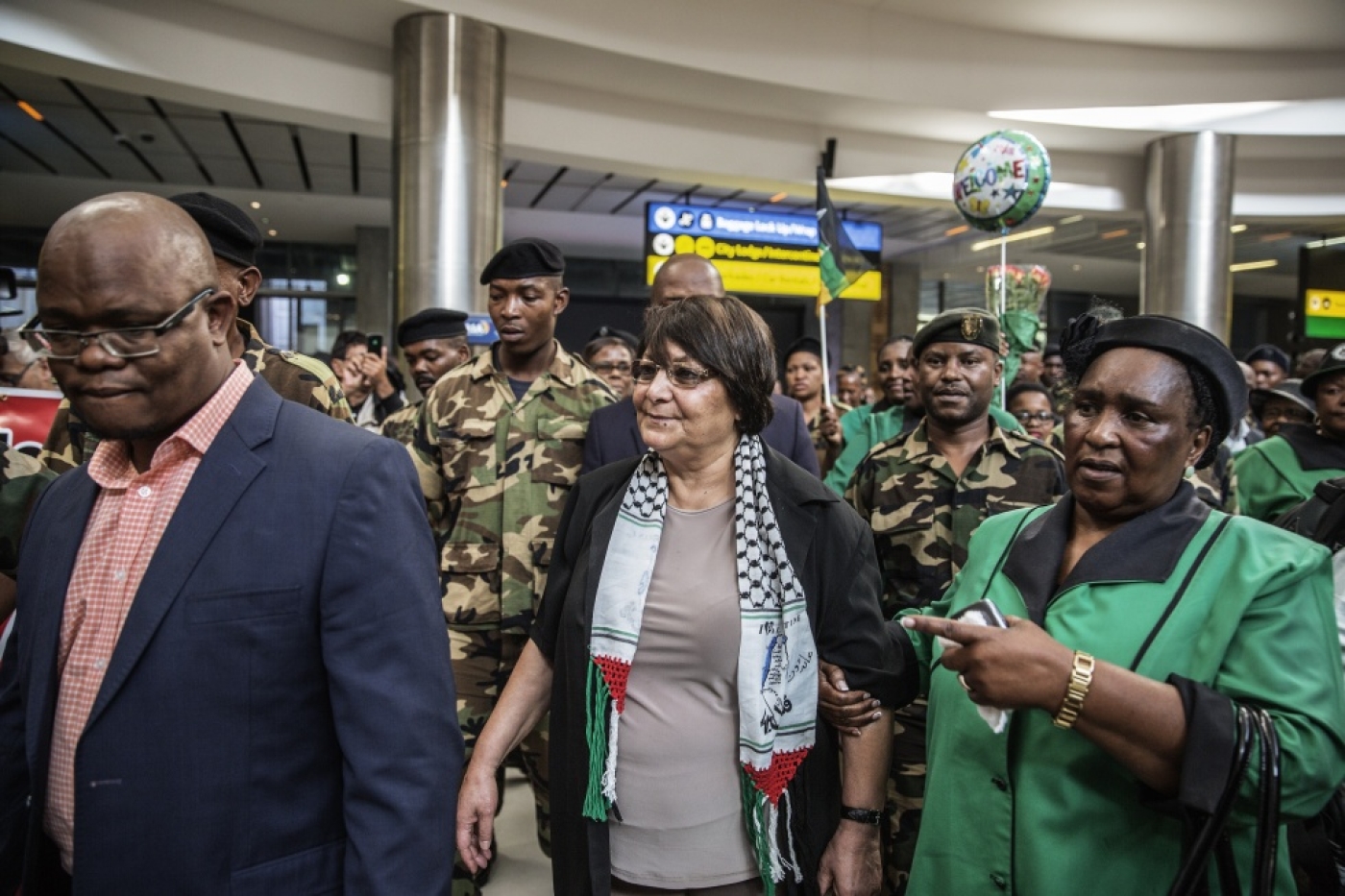 The iconic Palestinian resistance veteran and Popular Front for the Liberation of Palestine (PFLP) member Leila Khaled has condemned the Islamic State (IS) as “terrorists” and compared their activities to those of right-wing Israeli settlers.

"Those people who burned him are the same as the Israelis that burned Mohammed Abu Khdeir in Jerusalem," she said, arguing that the attackers had "the same origins, like the Nazis and the fascists who had no mercy for human life."

"The IS has no religion," said Khaled. "It's has nothing to do with any religion, especially Islam...this is terrorism."

Khaled was in South Africa on Friday at the request of BDS South Africa, the country’s local branch of the Boycott, Divestments and Sanctions (BDS) movement which seeks to place international pressure on Israel, in a manner inspired by the similar campaign against apartheid in South Africa in the 1980’s.

She was greeted at the airport by the ruling African National Congress’ Women’s League, the ANC Youth League, and the Umkhonto We Sizwe (Spear of the Nation) Military Veterans’ Association, as well as Home Affairs Minister Malusi Gigaba and anti-apartheid activist Ahmed Kathrada, who joined her for a press conference.

"Comrade Leila, this is your home," said Gigaba upon her arrival.

"The ANC is wishing for a lasting solution in the Israel-Palestinian conflict...but we stand with the people of Palestine as the oppressed and we seek justice for them as we sought justice for ourselves."

The ANC have long maintained links with the Palestine Liberation Organisation (PLO), of which the PFLP is a member, with former ANC leader Nelson Mandela famously proclaiming “our freedom is not complete without the freedom of the Palestinians.”

However, some Jewish and pro-Israel organisations in South Africa condemned her visit.

“By inviting Leila Khaled to this country, BDS-SA has conclusively demonstrated yet again that it has no interest in promoting peace, dialogue, reconciliation or understanding,” Wendy Kahn, national director of the South African Board of Jewish Deputies, said in a statement.

Josh Benjamin of the Times of Israel, stated that “Leila Khaled should not be allowed to come to South Africa” and that “universities should ban her from their campuses.”

The criticism was slammed by the PFLP who, in a statement, warned that “no one has forgotten that the Zionist state supported the racist system of apartheid in South Africa at the same time that the Palestinian people supported the struggles of their brothers and sisters in the African National Congress until their victory over the apartheid regime.”

Khaled, who family fled mandate Palestine in 1948 during the Nakba (“catastrophe”) which lead to the creation of the State of Israel, joined the Marxist-Leninist PFLP in 1969 in the wake of the defeat of the Arab states in the 1967 Six-Day war.

She became internationally renowned after a series of planes hijackings in the late 60’s and 1970’s, including the hijacking of TWA Flight 840 in 1969, which led to the blowing up of the plane after the hostages had been forced to depart.

After the publication of an iconic photo of Khaled holding an AK-47 and wearing a keffiyah, she underwent six plastic surgery operations on her nose and chin to conceal her identity, though these have since been reversed.

Leila Khaled’s politics, like most of the original PFLP founders, have remained anchored in Marxist-Leninism.

A self-proclaimed atheist (“I don’t criticize religion publicly – but I don’t believe in it”) she has frequently lauded the politics of Venezuela and Cuba and has repeatedly called for a single democratic, socialist state in historic Palestine, “a human paradise for Arabs and Jews and lovers of freedom.”

The PFLP has frequently criticised militant elements in the Syria civil war – particularly the al-Nusra Front and IS – as part of an imperialist plot driven by Turkey, Saudi Arabia and Qatar. 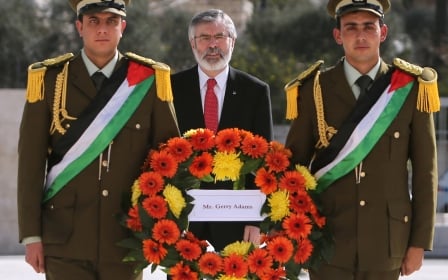