A vocal critic of eastern Libyan commander Khalifa Haftar has been shot dead in the city of Benghazi.

Hanan al-Barassi, an activist who became known for posting videos criticising Haftar's rule in the city, was killed in broad daylight on 20th Street in the centre of the city, local media reported.

In one of her last videos posted on Facebook hours before her death she criticised the promotion of Haftar's sons to senior roles in the city.

Barassi's murder comes 16 months after MP Siham Sergewa was kidnapped from her home by gunmen.

She remains missing and no-one has claimed responsibility for her disappearance.

Sergewa, too, had been a prominent critic of Haftar, particularly of his war against the Tripoli-based Government of National Accord. 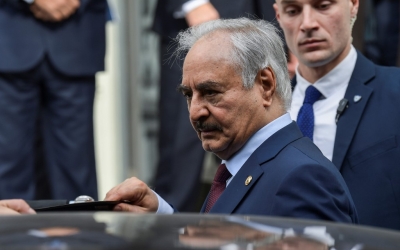 Amnesty International denounced Barassi's killing in a statement on Twitter.

"The assassination of Hanan highlights the risk posed to the lives of women who speak up on political issues in Libya," it said.

"The LAAF must urgently investigate the assassination of Hanan and bring all those responsible to justice," said Amnesty, referring to Haftar's forces.

The US embassy in Tripoli also said it was "gravely concerned" by the killing.

"Silencing the voices of peaceful activists should not be tolerated and we reiterate our strong commitment to allowing all Libyans, including women and youth, to have a voice in their country’s future," they said in a statement.

Benghazi has been under the control of Haftar and an allied government based in Tobruk since 2017.

Haftar is currently the subject of several US federal lawsuits filed in multiple jurisdictions by families of alleged victims of torture and extrajudicial killings carried out by his Libyan National Army (LNA, also known as the LAAF) and other forces.

Before his return to Libya, Haftar moved to the US with his family and eventually became an American citizen after falling out with former Libyan leader Muammar Gaddafi in 1987.

After more than two decades in the US, where he worked with US intelligence agencies, Haftar returned to Libya when Gaddafi was ousted and killed in a Nato-backed uprising in 2011.

In the years following, Haftar - backed by Egypt, the UAE and other foreign powers - has captured much of the country and threatened the UN-recognised GNA, which is backed by Turkey and Qatar.

Haftar launched an offensive on Tripoli in April 2019, only to watch it collapse 14 months later. A permanent ceasefire was reached in October.

His forces have been accused of multiple war crimes, both during the Tripoli assault and before.

Libyan representatives of all stripes on Monday began direct talks in Tunisia under the auspices of the UN, to find a political settlement to the conflict. 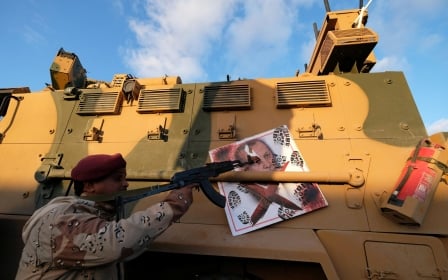 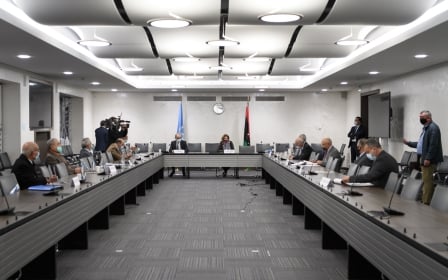