IS in Libya 'seeking to establish own trafficking routes to Europe' 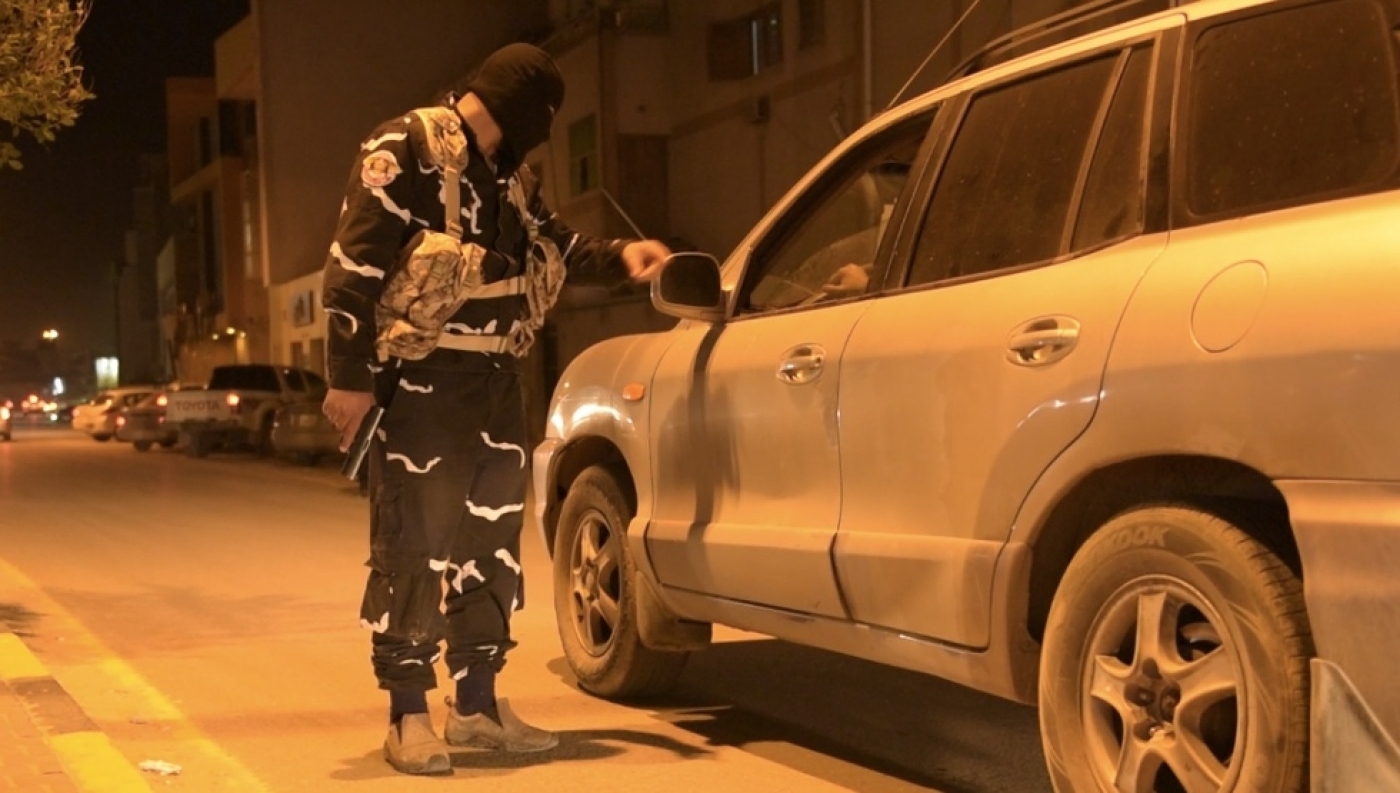 The Islamic State (IS) group in Libya is trying to establish its own trafficking routes to Europe, and has plans to expand its operations into Morocco and Algeria, the leader of a "special forces" Salafist militia tasked with rooting out IS cells in Tripoli has told Middle East Eye.

In a rare interview, Abdoulraouf Kara, the head of the Special Deterrence Force, also known as RADA, said IS’s control of a stretch of Libyan coastline around the central city of Sirte posed a direct danger to Europe.

Kara said more than 100 suspected IS fighters were currently being held as prisoners at the Mitiga military airport near Tripoli that RADA uses as its base and which itself came under attack by IS last year.

A controversial and charismatic figure, Kara, 35, has been accused by some of seeking to impose his own ultra-conservative interpretation of Islam and of undermining Libya’s transition to democracy since emerging as a powerful militia leader in Tripoli amid the chaos of Libya’s 2011 revolution.

Operating now with the approval of the interior ministry of the Tripoli-based General National Congress, one of Libya’s two rival governments, the Special Deterrence Force consists of about 900 men armed with weapons including tanks, rocket launchers and anti-aircraft guns.

The group, which Kara originally set up with other young men from his home neighbourhood of Souk al Juma to fight against Muammar Gaddafi, initially occupied itself with tackling criminal gangs involved in smuggling drugs and alcohol, as well as mediating between clans and restoring order to the streets of some of the Libyan capital’s most restive areas.

But increasingly Kara has found himself drawn into the fight against IS, which he rejects as “infidels and takfiris”.

He said interrogations of captured prisoners had revealed close links between IS’s leaders in Libya and the group’s power base in Syria and Iraq.

"The guys that we interrogate say that the orders come from the top leaders close to [Abu Bakr] al-Baghdadi [IS’s self-declared caliph], and that it’s in Sirte that all of the attacks in Libya are then planned,” Kara told MEE.

Kara said IS had already established two training camps on the Mediterranean coast at Sabratha and that information obtained from prisoners suggested it was in the process of setting up its own trafficking networks to send people to Europe.

“IS is a danger to everyone, but this expansion in Libya could be very dangerous for Europeans,” he said. “If they get their hands on an active trafficking route, anything can happen.”

Kara said that last September’s assault on Mitiga airport by four IS gunmen, as well as an attack a year ago on the Corinthia Hotel in central Tripoli in which 11 people died and a truck bombing at Zliten, near Misrata, earlier this month that killed 65 people, demonstrated the group’s ability to activate sleeper cells to strike anywhere in Libya.

He believes the main aim of the airport attack was to free Abderraouf Toumi, a Libyan-Canadian IS "emir" who died along with the four gunmen.

After the attack, IS published a photo of the four and named them as Harun al-Maghribi, Abu Talha al-Sudani, Abu Abdallah al-Sudani and Al-Shikau Tunsi, from Morocco, Sudan and Tunisia respectively, as their noms de guerre indicated.

“They killed three of our men, but in the end we killed them all as well as the prisoner,” Kara said.

"Our intelligence suggests that among IS fighters here, the number of Libyans is very few. Many of them are Tunisians, Moroccans, Algerians, Nigerians and Sudanese.

“Many of them have also return from the war in Syria, and they are well organised and prepared for everything. And from our interrogations with prisoners, we assume that the next targets will be Morocco and Algeria.”

Some are also believed to have been recruited from abroad via the internet, with Kara citing the example of a Libyan-Canadian man in his early 20s who was detained after entering the country from Tunisia.

“When we stopped him we realised he knew nothing about the history of Libya and the Maghreb. We asked him what he had been recruited for, and he said, ‘To build up the new province of the Caliphate, the Libyan province’."

'IS lives in the dark'

But Kara added that IS was now also trying to recruit more young Libyans to its cause.

“Our greatest concern is for young Libyans [because] that's where recruiters are concentrating their forces. They want to brainwash our youth and take advantage of the power vacuum left by this political chaos to convince guys to sacrifice themselves in the name of a false Islam.”

Patrolling some of Tripoli’s most dangerous streets, Kara’s men wear balaclavas to avoid being recognised and endangering themselves and their families as they stop and search vehicles deemed suspicious.

“IS lives in the dark and acts in the shadows,” he said. “They can hide anywhere. There are sleeper cells everywhere and the attacks of recent months prove it.”

Kara’s concerns about IS are echoed by Ismail Shukri, the Tripoli government-aligned head of military intelligence in Misrata, who told MEE that the group was now estimated to have at least 2,500 well-trained fighters in the country, up from just 500 a few months ago.

"We have evidence that since Russia started air strikes in Syria, Baghdadi is sending many of his top men here, both from Syria and Iraq,” he said.

“And we are seeing more and more foreign fighters coming from Boko Haram in Nigeria and from Sudan, Mali and Tunisia. Someone in Sirte tells us there are also Canadians and probably even some Europeans.

“IS here is getting stronger. We know that there are training camps here and their militias are trained better and better. Above all they are ready for anything and they are ready to be blown up. Time is on their side, not ours."