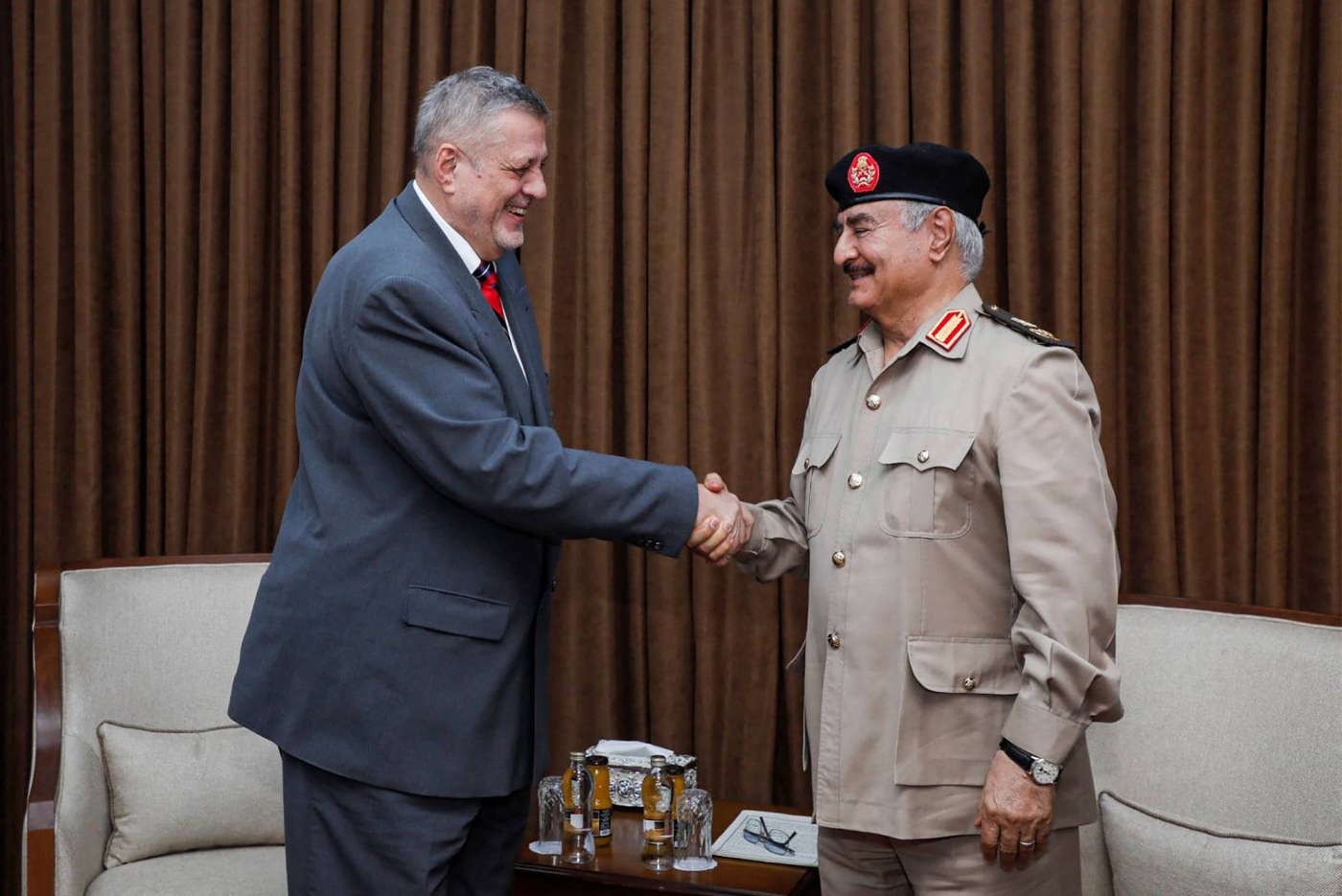 Jan Kubis meeting Libyan warlord Khalifa Haftar in January. Haftar, who launched a war against the UN-recognised Tripoli government in 2019, is running for the presidency (AFP)
By
MEE and agencies

The UN special envoy for Libya, Jan Kubis of Slovakia, has quit his post less than a year after taking on the role in January, diplomatic sources at the United Nations told AFP on Tuesday.

"Kubis has resigned," a diplomat said on condition of anonymity, with several other diplomatic sources confirming the surprise development.

No official reason was given for the resignation, which comes one month before Libya's first-ever direct presidential poll, due on 24 December.

The elections are part of a UN-led attempt to end a decade of violence and instability in the oil-rich country since a Nato-backed uprising that toppled and killed the longtime dictator Muammar Gaddafi in 2011. 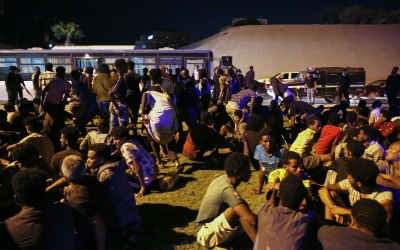 The UN Security Council approved his appointment as the Libya special envoy in January, succeeding Ghassan Salame, who quit the role in March last year due to stress.

In October last year, the two major sides in the country's war - the internationally recognised Government of National Accord and Khalifa Haftar's eastern-based Libyan National Army - agreed a ceasefire.

Parliamentary and presidential elections were demanded by a UN political forum last year as part of a roadmap to end Libya's civil war. However, disputes over the planned poll threatened to derail the UN-backed peace process.

A first-round presidential vote is set for 24 December and the parliamentary election has been delayed to January or February.

However, rules for the elections have not yet been agreed.

Claudia Gazzini, Consulting Senior Analyst for Libya at the International Crisis Group, told Middle East Eye that many in the country had complained that Kubis was not "fully engaged" with them and said tensions had been brewing between those who supported going forward with the polls on the basis of the electoral framework drafted and adopted unilaterally by Libya's parliament and those who objected and claimed the law was unfit for such a high stake election.

"This is the first time that Libya has held presidential elections, and the powers attributed to the president in the current elections law are huge," she explained.

"Kubis was seen as somebody who approved of this unilateral approach to the drafting of the electoral laws, okayed allowing the [parliament] to go forward with its own draft, and Kubis... dropped the ball in trying to forge a consensus between Libya’s rival factions over an electoral framework which the UN had originally mandated." 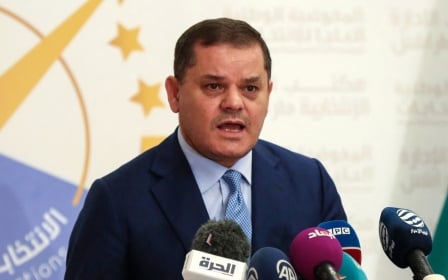 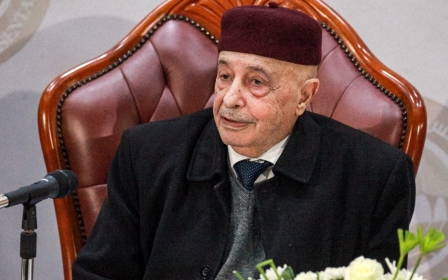 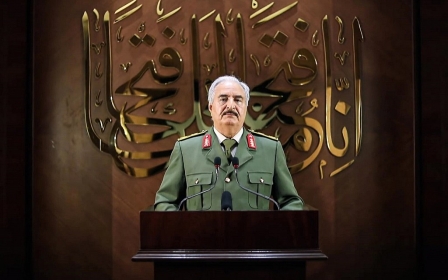