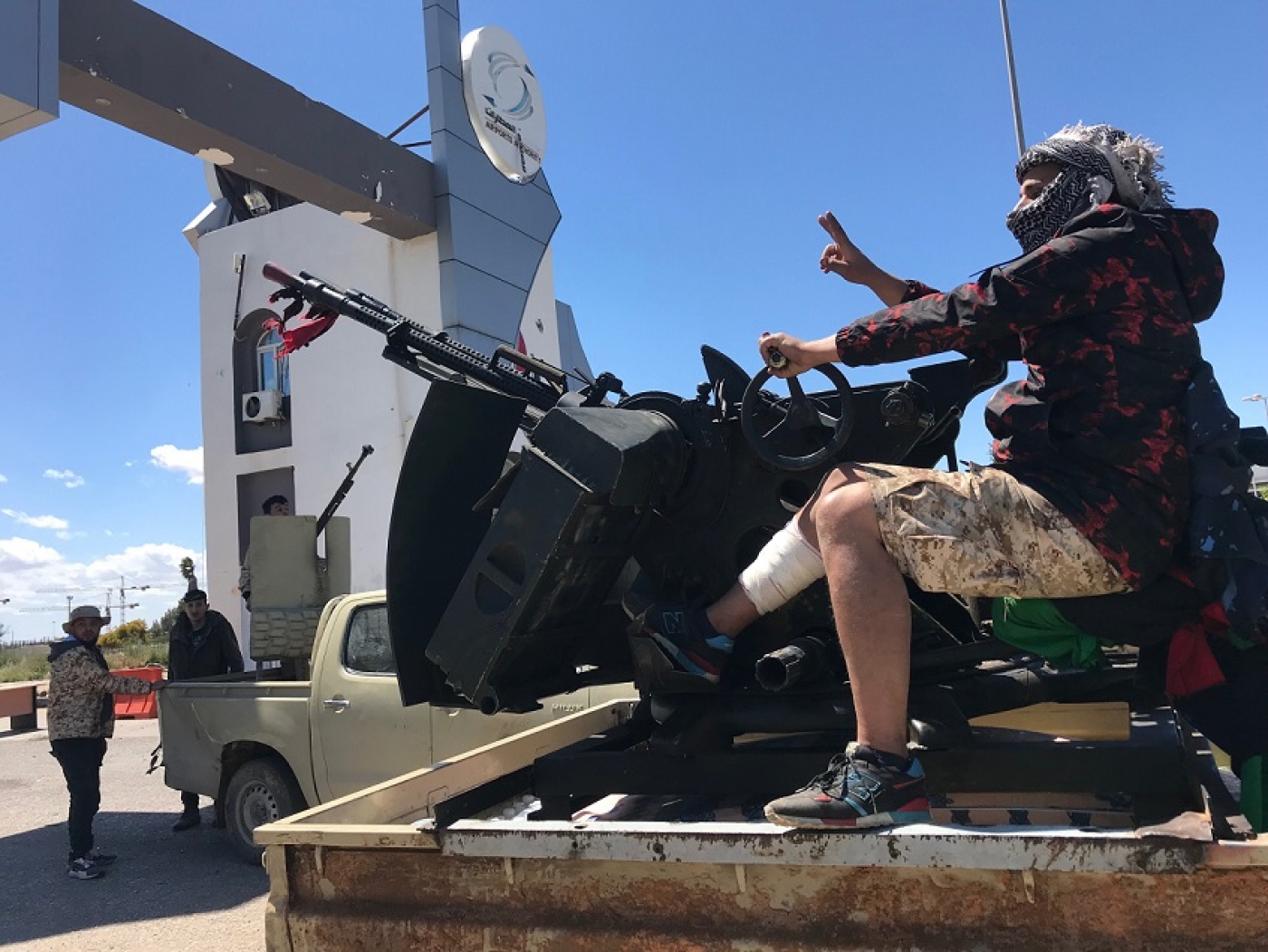 A warplane carried out an air strike on Monday on the Libyan capital's only functioning airport and halted all flights, aviation authorities said, as fighting raged for control of Tripoli.

A security source at Mitiga airport east of the city said no side had yet claimed responsibility for the raid, which hit a runway without causing casualties.

The civil aviation authority decided "to suspend aerial traffic until further notice" to Mitiga airport, said Mohammed Gniwa, a spokesman for national carrier Libyan Airlines. An airport source, who did not want to be named, confirmed the closure to AFP.

In a statement on Monday, the head of the UN Support Mission in Libya, Ghassan Salame, named the Libyan National Army (LNA) as the group responsible for the attack.

The LNA is a group of fighters loyal to eastern military commander Khalifa Haftar.

Salame condemned the attack, and called for "an immediate halt to any further air operations" and warned that without a de-escalation, the country could be headed for a "full outbreak of conflict and the effective start of a civil war".

"The United Nations is deeply concerned for the welfare of the civilian population in the ongoing violence, and of the implications of the attack on the airport," Salame said.

There has been heavy fighting near Tripoli since Haftar's forces launched an assault on Thursday aimed at taking the capital.

At least 32 people have been killed and around 50 wounded in the fighting, the UN-backed government's health minister said on Libya's Al-Ahrar television station late on Sunday. Haftar's forces have so far said 19 of their fighters have died, Reuters reported.

The United Nations said 2,800 people had so far been displaced by the clashes and many more could flee, though some were trapped.

Fierce clashes raged and air strikes were exchanged on Sunday near Tripoli between pro-Haftar fighters and troops loyal to the internationally recognised Government of National Accord (GNA). 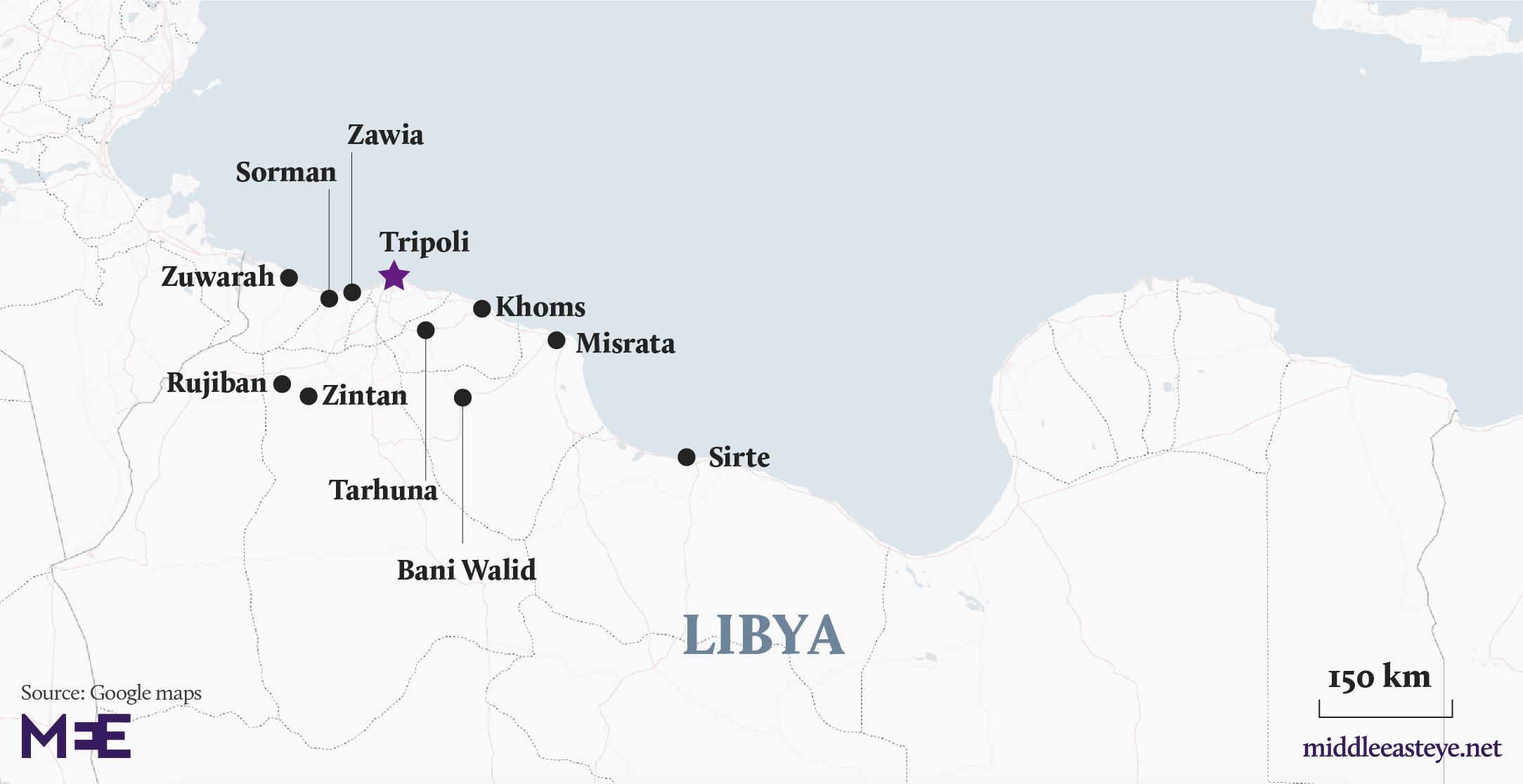 The clashes came despite calls by the UN, the United States and other nations for an urgent ceasefire.

The UN mission to Libya called on Sunday for a two-hour truce in southern Tripoli to evacuate civilians and the wounded, but it did not appear to have been heeded.

Speaking on Monday, Federica Mogherini, the European Union's foreign policy chief, said Europe's message should be for "a full implementation of the humanitarian truce... and to avoid any further military action and escalation and a return to the political track".

Spokesman Colonel Mohamed Gnounou said the operation was aimed at "purging all Libyan cities of aggressor and illegitimate forces," in reference to Haftar's fighters.

The US military said on Sunday it had temporarily pulled some of its forces out of Libya amid the upsurge of fighting in the North African country. 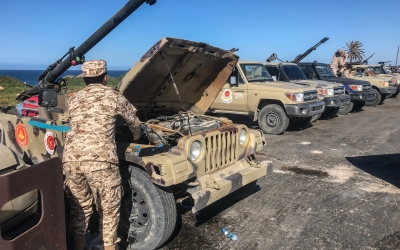 "Due to increased unrest in Libya, a contingent of US forces supporting US Africa Command temporarily relocated from the country in response to security conditions on the ground," it said in a statement.

It did not detail how many military personnel had been withdrawn from Libya.

Libya has been riven by divisions since the NATO-backed uprising in 2011 that killed longtime ruler Muammar Gaddafi, with rival administrations and armed groups vying for power and control of the country's oil.

Haftar's offensive has threatened to plunge the country into a full-blown civil war and appears to have once again thwarted diplomatic efforts to find a solution to Libya's woes.

The UN had planned a 14-16 April conference to plan elections as a way out of the anarchy but that gathering now seems doubtful.

A French diplomatic source said on Monday that Paris had no prior warning of Haftar's advance on Tripoli and was not trying to clandestinely undermine the country's peace process.

France had so far considered Haftar as an important player in the crisis but has denied supporting him as his troops sought to capture the capital.

"The immediate need in Libya is to protect the civilian population, put an end to the fighting, and get all the key Libyan players back around the table," the diplomat said.

France had "no hidden agenda", the official added. 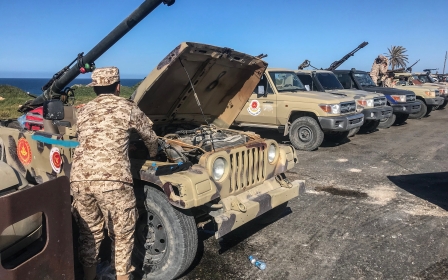 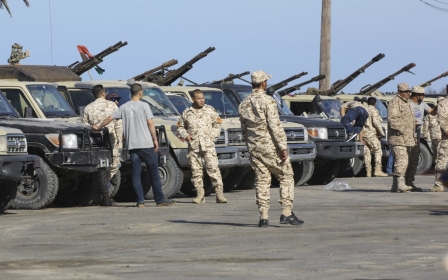 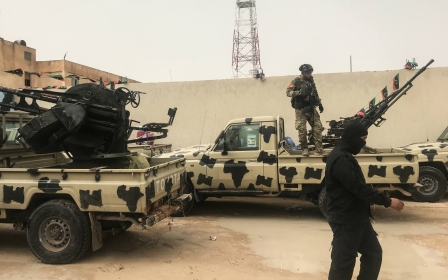