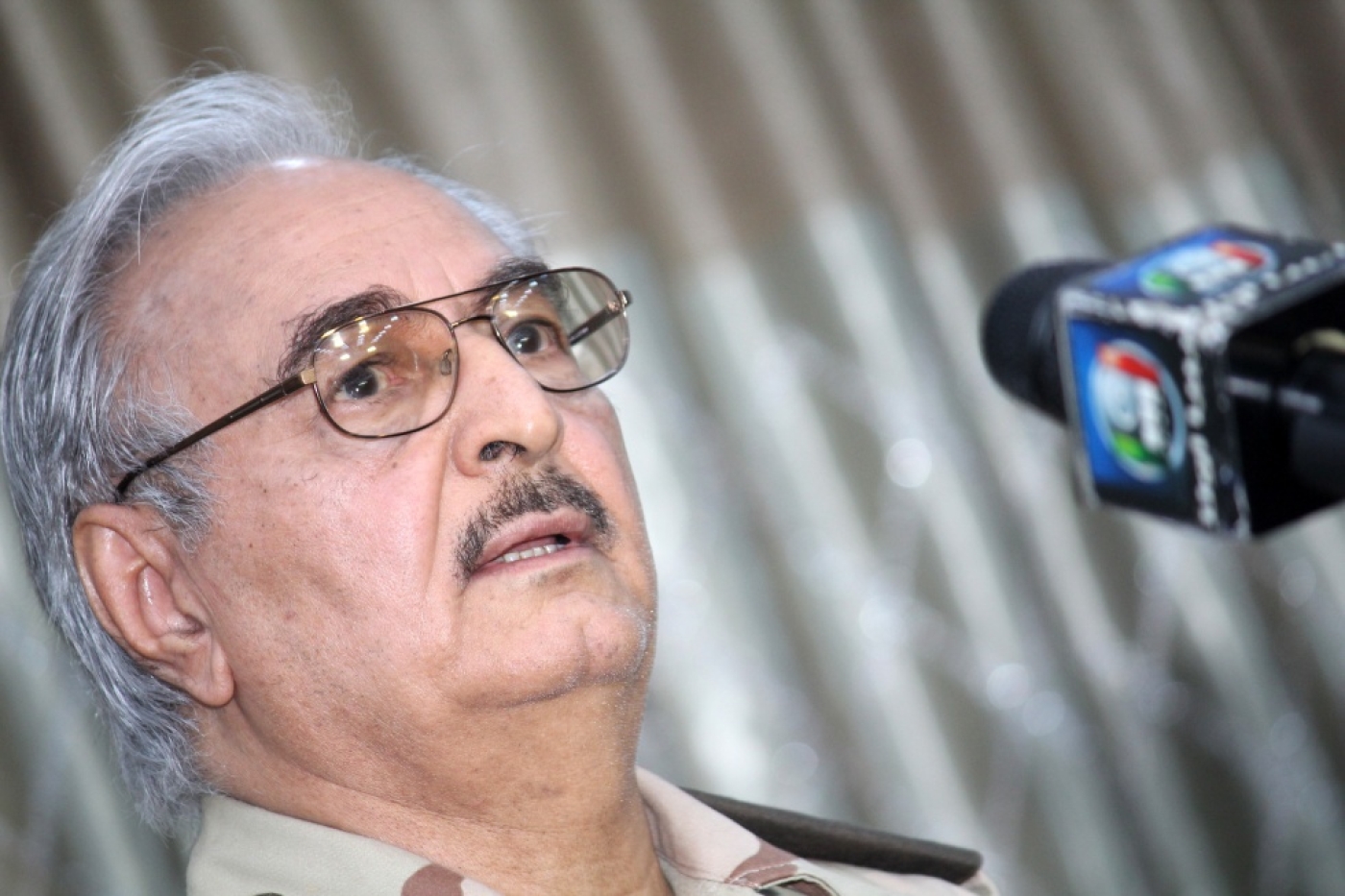 Forces loyal to Libya's former rogue general Khalifa Haftar, who was recently reintegrated back into the regular army, have seized the western Bokmash area and the Ras Ajdir border crossing with Tunisia.

They have sealed off the border post until further notice, sources told Anadolu Agency on Sunday.

"The coastal region this morning saw some of the most violent clashes since the fighting started," Mohamed al-Saem, the deputy commander of the pro-Haftar forces, said.

"The fighting culminated with [us] taking control of the region stretching from Bokmash [100km west of Tripoli] to the Ras Ajdir border crossing with Tunisia," he told AA. "We have sealed the crossing and deployed forces there to protect it.”

Tunisian authorities have responded by sealing the Ras Ajdir crossing from their side.

This is one of the largest victories that Haftar-linked forces have had in western Libya, with their efforts so far largely focused on the eastern city of Benghazi, and surrounding areas.

Haftar, a former general under former dictator Muammar Gaddafi who spent two decades in exile only to return during the 2011 revolution, launched his “Operation Dignity” in May 2014 and vowed to drive out what he describes as “Islamist” militias, such as Ansar al-Sharia but also forces from Misrata, an important base for anti-Gaddafi rebels just over 100 miles east of Tripoli.

Ansar al-Sharia had until recently held sway in Benghazi although they have lost ground to Haftar and the army. Misratan-led forces meanwhile continue to control the capital Tripoli, and much of western Libya, but have come under increasing pressure from Haftar-allied troops.

While Haftar and the army support the internationally recognised parliament, the Tobruk-based House of Representatives, Misratan forces back the rival Tripoli-based government, made up largely of former parliamentarians from the former parliament, the General National Congress. The GNC accuses Haftar and the House of Representatives of trying to crush the revolution that toppled Gaddafi.

Libya’s internal security has disintegrated since Gaddafi’s fall, with rival militias jostling for control. Groups like Ansar al-Sharia - deemed a terrorist organisation by the international community and believed to be responsible for the deadly 2012 attack on the US embassy in Benghazi - have proliferated, with Islamic State-linked groups also reportedly gaining a foothold in the country.

According to Haftar’s deputy commander Saem, "negotiations are currently underway with residents of the city of Zuwarah to have its Islamist militiamen hand over their weapons after we took control of the areas surrounding the city”.

However, Misratan-linked Libya Dawn forces told AA that Sunday’s battles were not a game changer.

"The retreat of our forces in these areas doesn't mean that Haftar forces have full control,” a Libya Dawn commander who did not want to give his name told AA. "It is a matter of temporary military tactics.”

A day before the western push, Haftar-linked forces managed to repel a three-pronged attack on a key oil region in eastern Libya, military officials said. Fighters from Libya Dawn attacked the al-Hilal region from three sides on Saturday but were repelled by the air force, Brigadier General Saqr Jarushi told AFP.

"Air force jets and helicopters struck the fighters as they advanced on al-Sidra oil terminal," he said, adding that the air raids had caused "a large number of casualties".