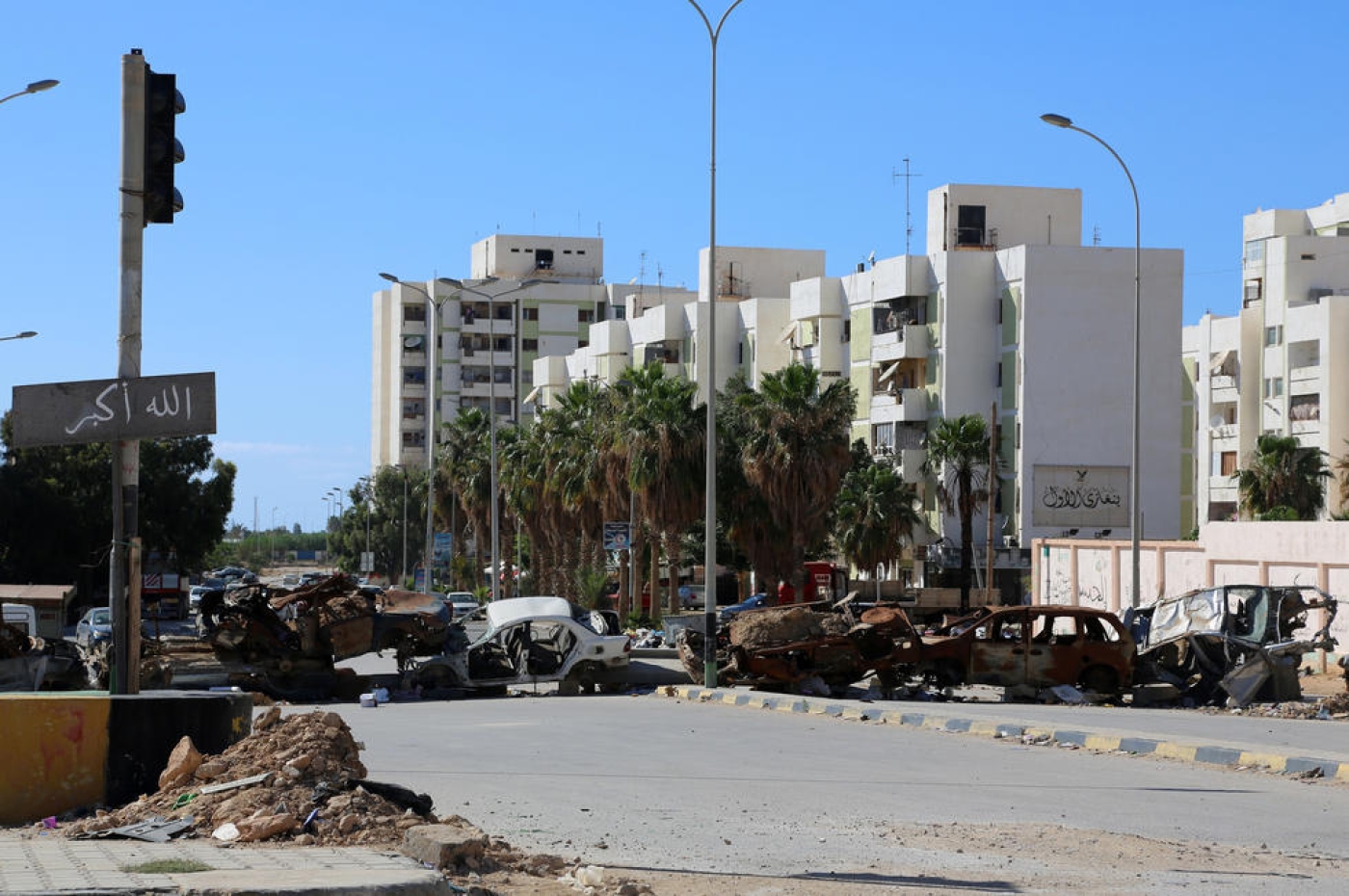 As the situation in Libya reaches a crisis point, work behind the scenes of neighbouring countries continues as worry grows regarding the impact on regional security.

Algeria on Tuesday hosted the seventh ministerial meeting of Libya’s neighbouring countries aimed at reaching a final settlement of the conflict in Libya.

Countries and bodies participating in the meeting were Egypt, Tunisia, Chad, Niger, Libya, Sudan, Algeria, the African Union, the EU, the UN, and the Arab League.

In his speech, Tunisia's delegate said that his country was the most affected by the consequences of the Libyan instability, forcing Tunisian authorities to shut down its borders with its southern neighbour.

In his speech, Abdouli said that his government did not agree on three key points. Tunisia is against any military intervention in Libya and accepts no repartition of Libyan territory. He also expressed his country’s refusal to accept foreign interference in Libyan affairs, as Tunisia has taken a strong neutral stand on this point.

However, Tunisia confirmed its support and readiness to help, with Abdouli adding that his country “calls on all sides involved in this conflict to work for the stability of their country".

Abdouli believes conditions for peace should be defined prior to any commitment. “There should be no interference in the peace process,” he said, adding that the only way to help is by providing advice.

Amid chaos, Libya has become home to various armed groups, including an affiliate of the Islamic State (IS). Organised crime, arms trafficking and irregular migration have also flourished during the conflict.

“We feel sorry that Libya has become a country of transit for organised crime, illegal migration and illegal arms trafficking,” said Mohamed al-Dairy, Minister of Foreign Affairs of the Libyan government based in Tobruk, which was recognised by the international community but whose mandate has now expired.

“Support should be granted to our army and police in order to be able to fight terrorism,” al-Dairy said.

“We hope that this agreement will be achieved this month,” al-Dairy said.

According Algeria’s minister for Maghreb Affairs, the African Union and the Arab League, Abdelkader Messahel, the need to find a political solution is urgent.

“The more days that pass, the drift becomes even more palpable, as well as it is the case for risks,” Messahel argued.

Algeria, which supports the UN-backed peace process, warned after the NATO military intervention in Libya in 2011 of the disastrous possible consequences.

Experiencing over a decade of Islamist insurgency in the early 90s, Algeria is well placed to understand the risks of not achieving an agreement in Libya. As the country is increasingly concerned about its domestic security, it has deployed thousands of its soldiers to secure its 4,000-mile border with Libya, which has been recently closed.

Regarding the peace process, initiated by the United Nations, Messahel said, “My country fully and strongly supports propositions submitted by the UN mission for Libya.”

“These propositions are the only ones that can help accelerate a sustainable settlement of the conflict,” he told the delegates.

For Kane Aichatou Boulama, the Niger's Minister for Foreign Affairs, her country is committed to be fully part of the UN-backed peace process. “As a neighbour country, we intend to play our role in this process,” the minister stressed in her speech.

IS and its allied armed groups have seized control of several cities in the country, consolidating their presence in this North African area.

“Only Libyans can find a solution to their ongoing conflict, but they can’t as their territory is all divided into parts,” she explained to MEE.

“Today, responsibility rests primarily with the Libyans to get out of this conflict... this war between brothers, and resolutely commit to the only road that matters - that of peace, stability and development,” Algerian minister Messahel said.

For Europe, risks and consequences are just as serious as for the neighbouring countries. “We’re also vulnerable as well as are the neighbours,” the European Union delegate indicated, stressing that “we are also concerned by the impacts on the neighbouring states and the entire region”.

The final agreement lies in the hands of all Libyans, the EU delegate said.

In their final statement at the end of the meeting, participating delegates expressed “deep concern over the ongoing fights and call for its ending”. Ministers also stressed their “major concern over the spread of terrorism in Libya, particularly such as Daesh [IS], al-Qaeda and Ansar Sharia, calling for the intensification and coordination of efforts to deal with this phenomenon".

There have been two rival governments in Libya since Islamist-backed militias seized the capital Tripoli last year, forcing the internationally recognised government to Tobruk in the east. Various UN-led peace talks have collapsed with no result.