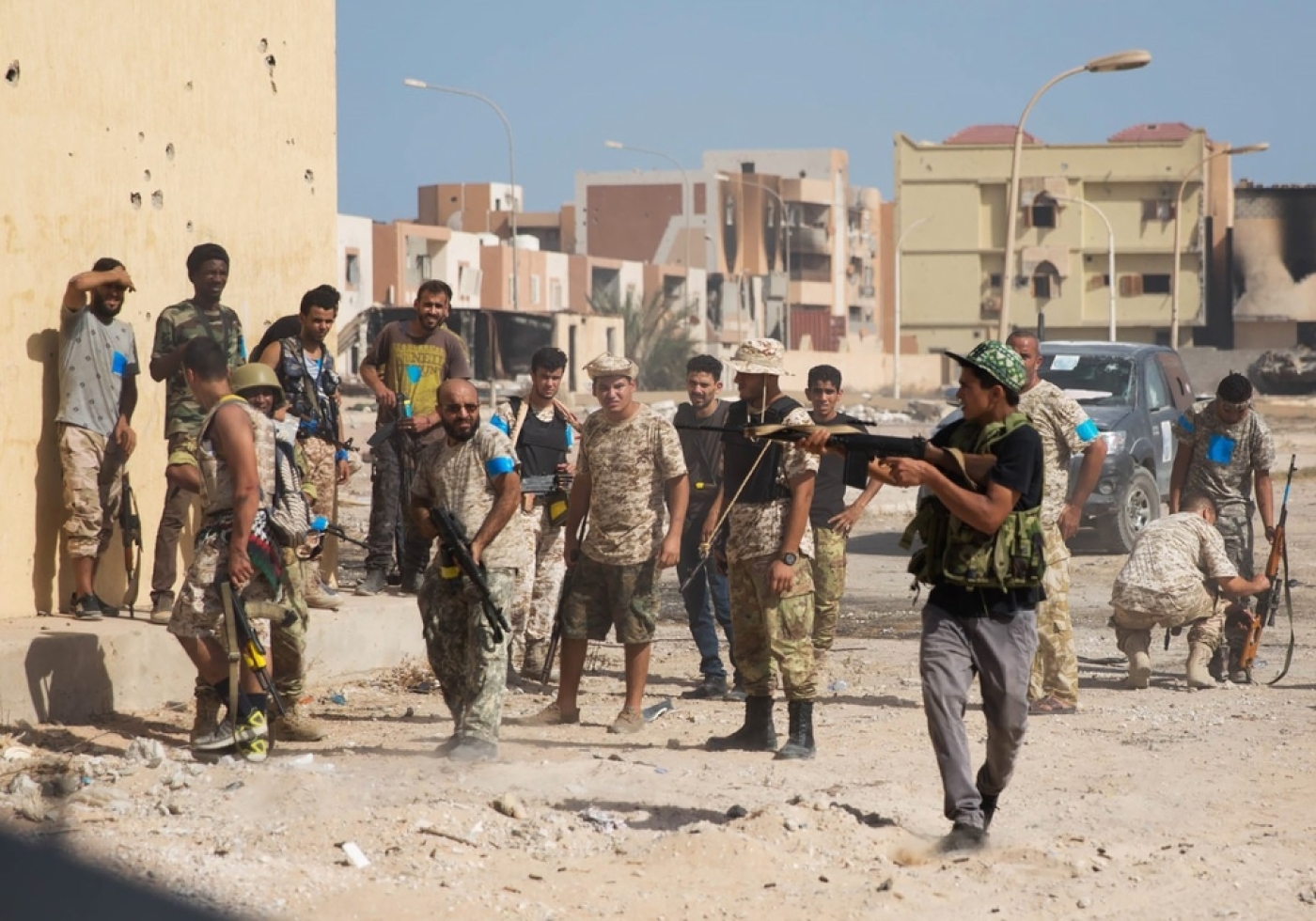 Libya may descend into a "free-fall" if the country's peace process among its myriad of political actors is not "reset", a new report warns.

The report, produced by the International Crisis Group, says that an agreement between rival political factions reached last December has failed to calm the turbulence.

“A year ago, the conflict was between rival parliaments and their associated governments; today it is mainly between accord supporters and opponents, each with defectors from the original camps and heavily armed,” read the report, which was published on Friday.

“The accord’s roadmap, the idea that a caretaker government accommodating the two parliaments and their allies could establish a new political order and reintegrate militias, can no longer be implemented without change.”

Libya has been in a state of unrest since the overthrow of long-time ruler Muammar Gaddafi in 2011 after protests and intervention by NATO-backed forces.

The December agreement sought to resolve a dispute between the rival House of Representatives (HoR) in Tobruk, and the General National Congress (GNC) based in Tripoli, both of which had been established by opposing political factions after the fall of Gaddafi.

However, the agreement has been complicated by a number of factors, including a continuing land grab by the forces of renegade General Khalifa Haftar, who opposed the accord and took control of much of the oil-producing region around Sirte.

The US and EU have been keen to create a stable unity government in Libya to fill the vacuum that has existed since Gaddafi was ousted.

The EU, in particular, has been concerned by the influx of migrants that have travelled across the Mediterranean Sea as a result of Libya's instability.

Thousands have died trying to make the perilous journey since 2014.

The West has also prioritised action against the Islamic State (IS) group, which took control of the city of Sirte in June 2015 but has largely been defeated by a combination of Haftar's forces and other armed groups.

The report warned that gains made against IS risked being undermined if in-fighting continues between the different political factions, and if Haftar's forces are not allowed a seat at the table in future negotiations.

“The immediate priority thus is to avoid the violence that seems to be brewing in the Gulf of Sirte, Benghazi and perhaps Tripoli,” the report said.

“Avoiding a new confrontation in the Oil Crescent is particularly urgent, combined with an agreement that the forces there allow the National Oil Corp. to repair damaged facilities and resume exports, as Libyan law and UN resolutions demand.

“Beyond this, a reset of the mired peace process is imperative.”

International bodies have warned that if nothing is done to resolve the situation in Libya, the country faces economic collapse.

The World Bank warned in October of a "substantial loss in real purchasing power of the population", with basic food prices increasing by 31 percent in the first quarter of the year.

Meanwhile, crime is rife in the capital. Car theft, kidnapping for ransom and vendettas between armed groups are common as the police and army remain largely absent.

After 42 years in power, Gaddafi left behind a dilapidated infrastructure, an economy totally dependent on oil revenue and a poorly skilled workforce.

In the five years since he was killed, most foreign investors have fled.

"The Libyan economy is near collapse as political stalemate and civil conflict prevent it from fully exploiting its sole natural resource: oil," the World Bank warned.

Libya may have Africa's largest oil reserves, estimated at 48bn barrels, but production and exports have slumped as the years of conflict dragged on.

Libya pumped about 1.6m barrels of crude a day before Gaddafi's overthrow, but the ensuing chaos dragged down production to less than 290,000 barrels in recent months, according to the National Oil Company (NOC).

Coupled with low global oil prices, this has left the economy "mired in recession since 2013", with record high deficits, the World Bank said.

Libya has lost more than $100bn in oil revenues since 2013, according to NOC chairman Mustafa Sanalla.

Oil income has fallen to record lows, hitting just $2.25bn in the first seven months of 2016, according to the World Bank. That is far from the $50bn per year oil revenue brought in under Gaddafi.

Libya's energy sector, which used to account for 95 percent of state revenue, has fallen victim to the feuding between militias and rival governments that has torn the country apart.

Oil production fell to near zero during the 2011 uprising. In the following months it came close to pre-revolution levels, but in 2013 tumbled again as protests and violence erupted around key export terminals in eastern Libya's so-called Oil Crescent.

The ICG report said that it was necessary for outside governments to reflect on the failures of the previous reconciliation process in order to re-establish stability.

"As the situation has taken increasingly alarming turns, outside actors – some, like France, long involved; others, like Saudi Arabia, newly active – are seeking to revive the Skhirat process in one form or another," it said.

"Understanding what went wrong, might be corrected and is necessary to do so is the best hope to salvage an agreement."