Abdellah Belakahal, whose group is suspected of seizing 3 foreigners last month, is a drug trafficker with no political motivations, sources tell MEE 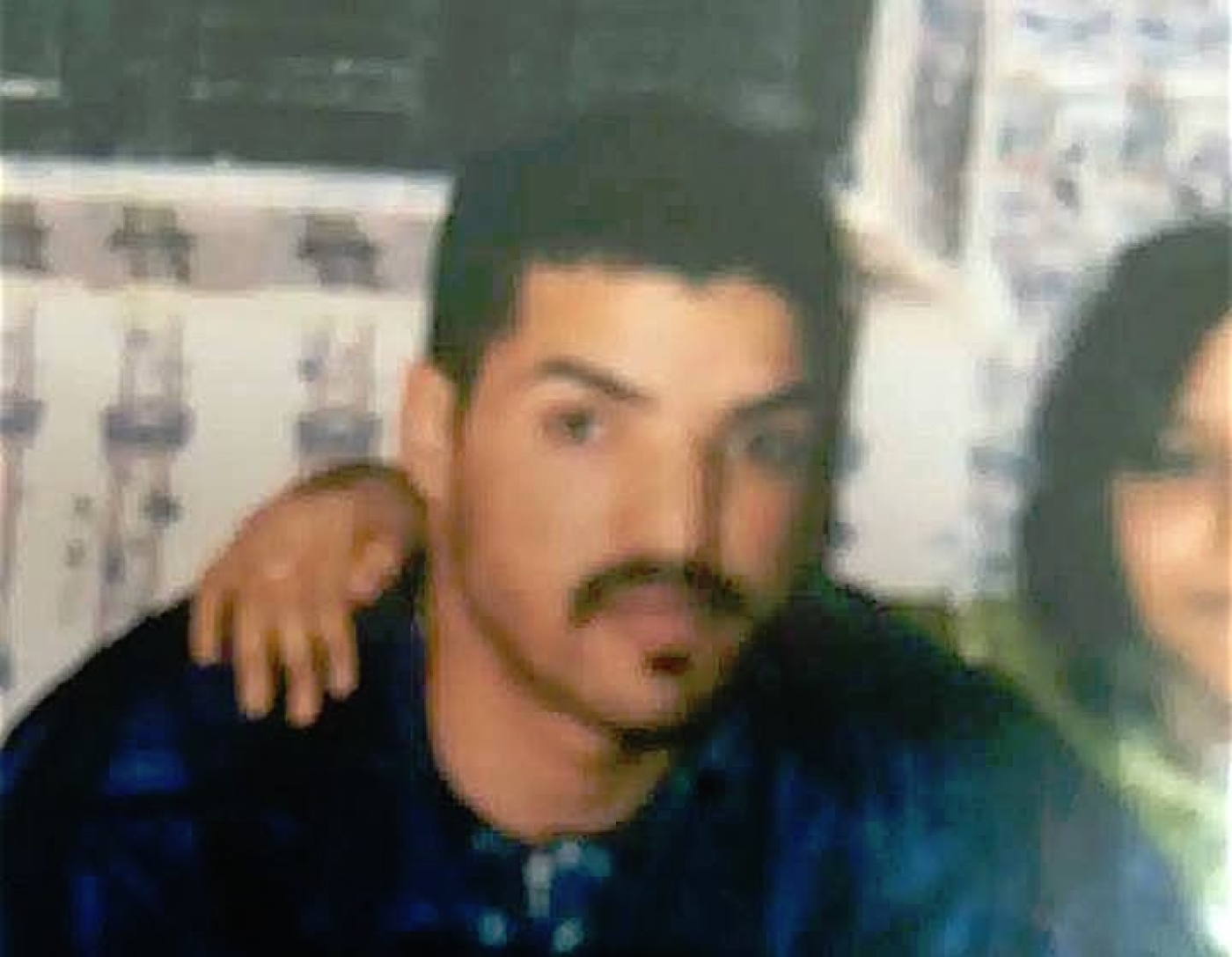 An image, believed to be Abdellah Belakahal, obtained by MEE from an Algerian security services database (MEE)
By
MEE staff

The man identified by Libyan officials as the mastermind of the group that kidnapped two Italians and a Canadian citizen on 19 September near Ghat in southern Libya is well known to the Algerian intelligence services, Middle East Eye has learned.

Abdellah Belakahal, supposedly a fugitive in Libya, is considered one of the top five drug traffickers in southern Algeria.

"He was sentenced to jail in nine cases, including three times to life imprisonment by the courts of Ouargla, Adrar and Bechar [southern cities]," an Algerian security source told MEE.

"He is involved in drug smuggling cases - one conviction is related to transporting several quintals of drugs – as well as stealing vehicles and counterfeiting documents."

Sources say Belakahal was born in 1977 in the district of Blahige in Hassi Gara, an oasis south of El Golea, a region of palm groves and market gardening on the edge of the Sahara.

He got his first prison sentence at the age of 22. Then a truck driver, he used to smuggle cigarettes. In areas close to the borders, where young people are particularly affected by unemployment, smuggling is a commonplace economic activity.

Belakahal is allegedly a "billionaire" and many of his assets (gas stations, factories, villas, agricultural land) are reported to have been seized.

"When he got released from prison, he joined forces with criminal groups. He stole trucks and 4x4 cars to resell spare parts," added our source.

Until 2016, more specifically until 18 March, Abdellah Belakahal had no link with al-Qaeda in the Islamic Maghreb (AQIM), according to investigators.

On 18 March, a group of six armed men attacked the gas plant of Kherchba, the third largest gas field of Algeria, near Ghardaia. These men belong, according to the investigators, to the al-Fourkane Katiba, a group which is part of AQIM.

On 11 October, a senior officer of the Algerian army intelligence services explained to MEE that no evidence linked Belakahal to the group, but that "in order to raid the site, AQIM needed local contacts."

"It is difficult to extrapolate about his intentions but we know that several smugglers chose to join AQIM to benefit from the Charter for Peace and National Reconciliation [allowing armed Islamists who agreed to surrender to be granted amnesty and reintegrated into society]," said the security source, suggesting that even if Belakahal had joined AQIM, it was certainly not for ideological reasons.

This is evidenced by the fact that the organisation has not claimed responsibility for the kidnapping, or by the "non-political" demands made by the group.

Italian press reports citing Libyan sources said the trio kidnapped on 19 September had worked for a ground handling company at Ghat airport. The identities of the three have not been released.

According to information gathered by MEE, the kidnappers are reported to have asked, in addition to a ransom of four million euros ($4.35m), the release of two prisoners, including Belakahal’s brother, jailed for arms trafficking.

Four other members of his family have been arrested for the attack on Kherchba, as well as one of his three wives.

"Contrary to what has been written in some Italian media, Belakahal was never part of the movement of the Sons of the Sahara (an armed group demanding more rights and social justice for southern Algeria), and he has never formed an alliance with Lamine Bencheneb (one of the attackers of the Tiguentourine hostage crisis in January 2013)," said our source.

If the hostages have still not been released one month after their abduction, it is partly because the negotiations are difficult, with the inter-weaving of smuggling networks, armed groups and tribal intermediaries interfering with the discussions.

According to notables of the region of Ghat, the hostages are currently being held in the south of Libya.