The death of Ayman al-Zawahiri: The eye surgeon who globalised jihad 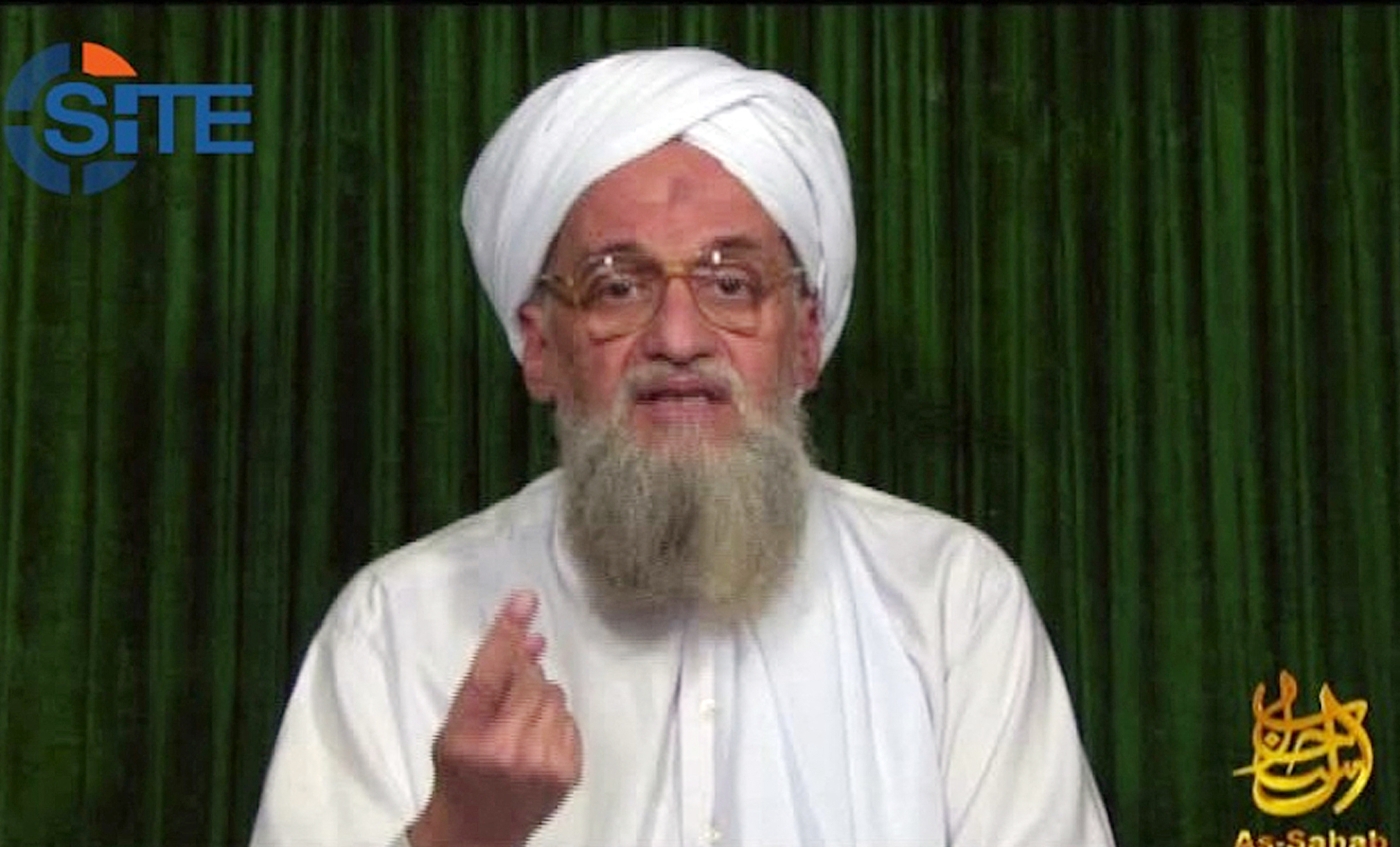 Ayman al-Zawahiri, seen here at an undisclosed location in February 2012, was credited with being al-Qaeda's mastermind (SITE Intelligence Group/AFP)

The killing of al-Qaeda leader Ayman al-Zawahiri in a US drone strike in Afghanistan on 31 July represents an important shift in the global jihadist movement.

Zawahiri is not only considered the last leader of al-Qaeda, founded over three decades ago, he is also the person responsible for some of the most dangerous changes within the organisation, expanding its focus from domestic to global jihad. Under Zawahiri’s leadership, al-Qaeda became a global network that attracted jihadists from all over the world.

Zawahiri was an ophthalmologist from a distinguished family in Egypt, where his grandfather, Muhammad al-Ahmadi al-Zawahiri, was the Grand Imam of Al-Azhar Mosque during the first quarter of the 20th century, while one of his maternal grand uncles was Abdul Rahman Hassan Azzam, the first Secretary-General of the League of Arab States.

What's next for al-Qaeda after killing of Ayman al-Zawahiri?
Read More »

Zawahiri’s maternal grandfather, Abdel Wahab Azzam, was a professor of oriental literature and the dean of the Faculty of Arts at Cairo University in the 1930s. His father was a prominent doctor and professor of medicine at Ain Shams University, while his uncle, Mahfouz Azzam, was vice president of the Labour Party.

It was into this family of eminent clerics and politicians in Cairo that Zawahiri was born on 19 June 1951. He grew up in the upscale neighbourhood of Maadi. In his youth, he was influenced by the writings of Sayyid Qutb and became involved with political Islam movements at an early age, in the 1960s.

By 1967, when Zawahiri enrolled in the Faculty of Medicine in Egypt, the country had just suffered a crushing defeat in a war with Israel. Like many Egyptian youth, Zawahiri had become disillusioned and blamed President Gamal Abdel Nasser for the loss, and they considered it evidence of the failure of Arab nationalism, which Nasser had embraced. So they began exploring other ideologies.

In his well-known book, Knights Under the Prophet’s Banner, Zawahiri writes: “The 1967 defeat became a factor in the jihadist movement in Egypt’s trajectory: the symbol of oppression and tyranny, Gamal Abdel Nasser, whose supporters tried to portray as the immortal and invincible leader, had fallen.”

From local to global jihad

When Zawahiri graduated from medical school in 1974, Egypt was undergoing what was known as the Islamic awakening, and the emergence of Islamist trends once again, after years of repression during the Nasser era.

Perhaps this is what encouraged Zawahiri to join the Jihad Organisation in the late 1970s, the group that was involved in the assassination of former Egyptian President Anwar Sadat in 1981.

Zawahiri was arrested, imprisoned and tried among hundreds of others who were brought to trial in connection with the assassination. He spent three years in prison for illegal arms possession, but was acquitted of the main charges.

His travels to Saudi Arabia and from there to Pakistan and Afghanistan in the mid-1980s was a turning point in Zawahiri's jihadist career. It was during this period that he met and befriended Osama bin Laden, who was involved in the mujahideen resistance against the Soviets in Afghanistan.

They decided to go to Sudan and establish al-Qaeda there in the early 1990s. Then they announced the beginning of a new phase of global jihad and issued the well-known “Declaration of Jihad Against Jews and Crusaders” in 1998.

Only a few months passed before al-Qaeda, led by bin Laden and Zawahiri, began targeting US interests in Africa and later in the Arabian Peninsula. Their major operation was the 11 September 2001 attacks, which killed nearly 3,000 civilians in the United States, and as a result, the former US President George W. Bush’s administration launched wars on Afghanistan and Iraq.

In all these events, bin Laden and Zawahiri turned into influential figures and symbols within global jihadism. The videos they released on the organisation's beliefs and operations inspired many jihadists, and al-Qaeda developed a global reach, from East Asia to the Arabian Peninsula, Yemen, Iraq, the Levant, East Africa and Morocco.

Zawahiri was bin Laden’s right-hand man, and one of the main strategists and the intellectual driving force of al-Qaeda. He was once referred to as the "real brains" of al-Qaeda by bin Laden's biographer.

Zawahiri’s book, Knights Under the Prophet’s Banner, reveals the relationship between the evolution of his jihadist ideas and his positions on the authoritarian regimes in Egypt, from Nasser to Mubarak. He holds these responsible for the tyranny, corruption and denial of Islamic law in Egypt, in addition to their repression of Islamists. 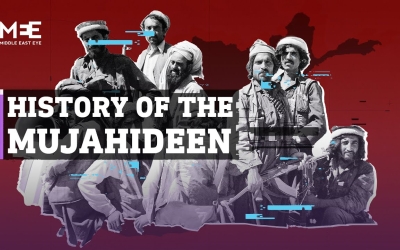 Al-Qaeda, Taliban and the history of the Mujahideen
Read More »

It is clear that Zawahiri was greatly influenced by the Islamist intellectual Sayyid Qutb's ideas about Islamic law and Hakimiyyah (divine governance).

Zawahiri was also deeply affected by the torture and execution in 1965 of Sayyid Qutb, whom he considered a role model who sacrificed his life for his ideas and principles.

Zawahiri writes: “The jihad movement in Egypt began its current path after the mid-1960s, when the Nasser regime launched its famous fierce campaign in 1965 against the Muslim Brotherhood, put 17,000 people in prison, and executed Sayyid Qutb and two of his brethren; the regime then thought that it had eliminated the Islamic movement in Egypt irreversibly. But Allah’s will was that these events will be the starting spark for the jihadist movement in Egypt against the government.”

In other words, the role of tyranny and oppression inside Egyptian prisons during the 1960s cannot be overlooked in the transformation of many young Islamists towards extremist jihadist ideas.

This is what also happened to varying degrees during Mubarak’s rule, and currently under the Sisi regime, which brutally represses Islamists, prompting some of them to join violent factions and enter into a confrontation with the Egyptian state and security apparatus.

Zawahiri clearly links the oppression and targeting of the Islamist movement with US support of Israel and Arab regimes. According to him, President Sadat was assassinated because of his alliance with the US and Israel. He says in the same book: “The killing of Sadat was a severe blow to US-Israeli machinations in the region.”

Therefore, Zawahiri defends the necessity of moving from fighting the "close enemy", ie authoritarian Arab regimes, to the "distant enemy", western governments, especially the United States. He also harshly criticises the Muslim Brotherhood for its peaceful nature and what he sees as appeasement of the regime in Egypt. He even devotes a book to the subject, Bitter Harvest: The Muslim Brotherhood in Sixty Years, in which he attacks the group for its acceptance of the democratic process and elections.

A legacy of jihadist thought

Certainly, the elimination of Zawahiri is a major blow to al-Qaeda in Afghanistan and around the world. However, it represents more a symbolic turn than an operational one.

The death of Zawahiri concludes an important stage in the evolution of jihadist ideas, in which the struggle became an ideology

The influence of al-Qaeda as a jihadist movement has faded over the past decade, due to the decline in its fighting and organisational capabilities on the one hand, and the emergence of other extremist jihadist groups on the other, particularly Islamic State (IS), which currently dominates the jihadist landscape around the world.

Yet, the death of Zawahiri concludes an important stage in the evolution of jihadist ideas, in which the struggle against Arab regimes and western hegemony became an ideology in its own right under the banner of global jihad.

This was the fundamental role that Zawahiri played, whether through his influential position within al-Qaeda or his writings and video messages. But at the same time, this legacy opens the door to the possibility of the emergence in the foreseeable future of jihadist organisations more radical than al-Qaeda. 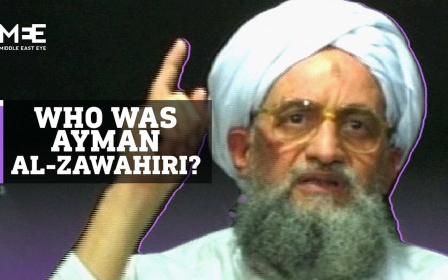 al-Qaeda
Ayman al-Zawahiri: Who was the al-Qaeda leader killed by the US in Afghanistan? 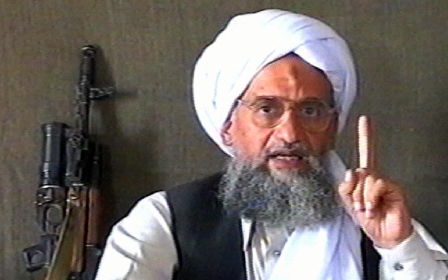 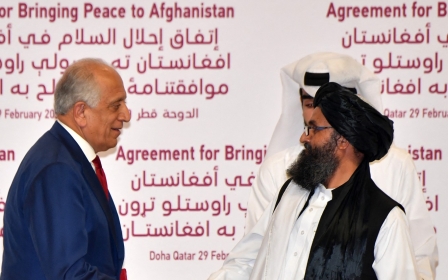