Life under Syria's ceasefire in Aleppo

The rebel group Kataib Thawar al-Sham, which agreed to the Syrian ceasefire, told Middle East Eye that violence has calmed down ALEPPO, Syria - Mohammad Marai is a twenty-something fighter in Kataib Thawar al-Sham, a battalion under the rebel umbrella group Fatah Halab, which has agreed to abide by the ceasefire.

Serving on the frontlines in al-Sheikh Said in Aleppo, Marai has been at the forefront of the Battle of Aleppo, where he saw forces loyal to President Bashar al-Assad - backed by Russian air support - make strides against the largely rebel-held city.

Now with a ceasefire in effect, Marai and others note that there has been a reduction in fighting in Aleppo.

Marai said he spends his days differently in post-ceasefire Aleppo. He passes most of his time preparing for the return to fighting he believes is soon coming.

“These days, time is spent somewhat unusually. We go to points (on the front) and dig tunnels for protection for when the regime or the Kurds attack us,” he told Middle East Eye.

Even though the ceasefire is holding for now, some observers have seen reports of continued fighting. Members of Kataib Thawar al-Sham and other rebel groups continue to seek the complete downfall of the Assad government.

Many rebels only see negotiations with the government as successful if they lead to Assad’s removal from power.

Kataib Thawar al-Sham has its eye on every group in the area in case of any breach. “We’re also monitoring and observing military movements,” said Marai.

Overall, Marai says, the the past week has been relatively quiet due to the ceasefire. “It’s not as violent as it was,” he said.

On a front in the countryside south of Aleppo, fighters in Ahrar al-Sham, a different rebel group but still part of Fatah Halab, told MEE their thoughts on the talks.

“I think the fight against Assad’s forces will continue until we achieve our demands … if negotiating leads to this, there is nothing wrong with that,” said Suhail al-Amer, an Ahrar al-Sham fighter native to the greater Aleppo area.

“What isn’t achieved militarily will be achieved politically,” said Majid Taher, also of Ahrar al-Sham. However, like al-Amer, he is prepared to fight “until the last man”.

In Kataib Thawar al-Sham, some fighters support negotiations in theory as well.

“Everyone agrees that negotiations are the only solution, and could lead to the regime leaving power,” said Muhammad Zayn, a Kataib Thawar al-Sham fighter based near Aleppo.

Despite the decrease in hostilities, some analysts feel the ceasefire will not last in any meaningful way.

“The ceasefire is in any functional sense dead. There has been a reduction in violence but that is a political decision by the Assad regime and Russia, and they are using the time to consolidate and to prepare for new offensives,” said Kyle Orton, an associate fellow at The Henry Jackson Society.

MEE and other media outlets earlier reported that both the government and rebel groups had accused each other of violating the ceasefire. Moreover, fighting has not stopped in total, due to some groups’ exclusion from the agreement.

“The globalist Jihadi-Salafists who want no connection with the world order as constituted in the state system rejected any association with the ceasefire and will continue to do so,” said Orton.

On the other hand, “the Islamist-style insurgents who are amenable to a political settlement largely signed onto the ceasefire,” he added.

Ahrar al-Sham, for example, is considered outside of the ceasefire by the Syrian government.

Regardless of what the future and the ceasefire bring, in the eyes of both the government and the rebels, the war is far from over.

“I want to continue ending the regime’s crimes and hold its criminals accountable,” said Marai. “No more, no less.” 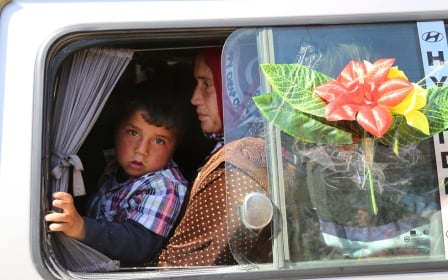