Key US lawmakers call for sanctions on killers of Hezbollah critic A memorial ceremony for Lokman Slim in garden of family residence in Beirut, 11 February (AFP)
By
MEE staff
in
Washington

Two key US legislators are calling on President Joe Biden to invoke the Global Magnitsky Human Rights Accountability Act, a US law that aims to address international rights abuses, to impose sanctions on the killers of Hezbollah critic and Lebanese activist Lokman Slim.

In a joint letter sent on Thursday, Gregory Meeks, chair of the House Foreign Affairs Committee, and Michael McCaul, the top Republican on the panel, called on the president to "consider utilizing Magnitsky authorities in calibrating the appropriate response to Slim’s murder".

"This brazen assassination of an outspoken activist is likely intended to intimidate and silence others, particularly in light of Lebanon's tragic history of political assassinations without accountability for the perpetrators," the lawmakers said.

The Magnitsky Act, named after Sergei Magnitsky, a Russian lawyer who died in police custody in Moscow in 2009 after pushing to expose corrupt tax dealings, allows the president to investigate and impose sanctions for rights violations, including extrajudicial killings.

Slim, a publisher and political advocate who often criticised Hezbollah, was found dead in early February after being shot multiple times in a rental car in south Lebanon, an area where the Iran-backed group has partial security control.

Hezbollah has denied involvement in the killing.

The assassinations of journalists, activists and politicians have plagued Lebanese political life throughout the country's modern history, even before the founding of Hezbollah in the early 1980s.

The US State Department denounced Slim's murder earlier this month without mentioning Hezbollah.

"The United States condemns the heinous assassination of prominent Lebanese activist Lokman Slim in Southern Lebanon," US Secretary of State Tony Blinken said in a statement.

"We join the international community in calling for his killers to be brought to swift justice." He also urged the Lebanese government to hold the perpetrators accountable, calling the killing a "barbaric act".

"It is cowardly and unacceptable to resort to violence, threats, and intimidation as a means of subverting the rule of law or suppressing freedom of expression and civic activism," the secretary said.

Withholding any reference to Hezbollah came in contrast with the policies of the previous administration, which saw Lebanon through the lens of its maximum pressure campaign against Iran and imposed sanctions on officials from the Iran-backed group and its allies.

In their letter on Thursday, Meeks and McCaul said the administration should look into the possible involvement of Lebanese and Iranian officials in Slim's murder, describing him as an "anti-Hezbollah" activist.

"We similarly urge you to consider any relevant information, including with respect to officials in the Governments of Lebanon and Iran, if appropriate in calibrating such a response," they said. 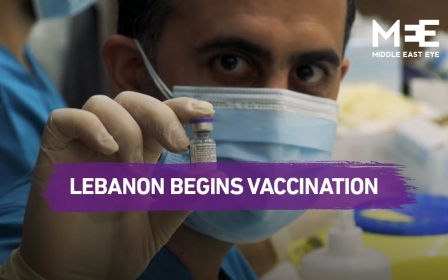