From London to Baghdad, the catastrophic invasion that keeps on killing

In Westminster, Chilcot report damned Tony Blair for his decision to invade Iraq. In Baghdad, people are still picking up the pieces From Sunday night onwards, families came in groups to the still-smouldering wreckage that just a few days ago was a busy stretch of road in Baghdad’s neighbourhood of Karrada.

Charred skeletons still lined the road from a savage Islamic State (IS) group attack that killed as many as 250 - Iraq's deadliest since the 2003 US-led invasion. It only adds to the hundreds of thousands killed in the aftermath. An invasion that, according to Wednesday's Chilcot report, was “unnecessary”. Saddam Hussein, the then-Iraqi leader, posed no “imminent threat,” peaceful alternatives were not exhausted and abysmal post-war planning heaped misery upon misery.

The Chilcot report stated that the original reason for the rush to war - fear of Saddam's chemical weapons programme - was based on "flawed intelligence". It also proved that Blair said he would stand with the US president, George W Bush, “whatever” the circumstances, as early as 2002.

So were the findings of the 2.6 million-word report, which has taken seven years to publish - seven years during which Iraq has continued down its path of violence and instability. And last weekend in Baghdad was part of the shameful result.

While Blair has escaped accusations that he lied over Saddam's WMD and will now, it seems certain, avoid facing the war crimes tribunal in the Hague, there is the certainty that the report was the most-damning of any post-war analysis of a British government.

Chilcot said Blair ignored numerous “explicit warnings” that invasion could unleash Islamist extremism, chaos in the region and untold suffering. Most experts agree IS was spawned in the bloody aftermath of the Iraqi invasion. Blair continues to disagree.

Iraq invasion led to rise of IS, Chilcot report suggests

Blair also ignored the warning that the invasion of Iraq could see blowback on the streets of Britain, blowback that was felt less than three years later when 52 civilians were killed on the streets of London on a warm sunny day in July.

“It is now clear that policy on Iraq was made on the basis of flawed intelligence and assessments. They were not challenged, and they should have been,” Chilcot said from inside the conference centre, in a verdict that will stick with Blair for the rest of his days.

Others seized on Chilcot’s conclusion that the legal circumstances surrounding the invasion and Blair’s decision to deploy more than 45,000 British soldiers, were “far from legal,” though this was not the one-way ticket to the International Criminal Court in the Hague that many of Blair’s critics had argued for.

Indeed, Chilcot revealed that when Lord Goldsmith, the then-attorney general, asked for Blair’s assurance on the eve of war, that Iraq was in “material breach,” the prime minister gave it the next day, not sharing his decision-making process with his cabinet. Sir John, in his dry civil-service tone, was withering: “The precise basis on which Blair made that decision is not clear.”

The resulting conflict led to the deaths of 179 British servicemen and women. Only an hour after Chilcot released his report, rising to his feet in parliament, where most MPs had voted for the war in 2003, Labour leader Jeremy Corbyn, praised their bravery. He was quick to point out, though, that Sunday’s devastating bomb in Baghdad was “carried out by a group whose origins lie in the aftermath of invasion”.

Many Labour MPs, including several of his potential leadership rivals, voted for the war. Corbyn, a veteran peace campaigner, did not and was greet with jeers from the benches behind him. “By any measure the invasion and occupation of Iraq has been a catastrophe,” he said.

Later on Wednesday, however, Corbyn apologised for the Iraq War on behalf of the Labour Party.

"I now apologise sincerely on behalf of my party for the disastrous decision to go to war in Iraq," he said, after meeting families of British soldiers who died.

It’s often forgotten that Blair won a general election after his decision to invade Iraq, but when he made his statement later in the afternoon, he did so as one of the most-hated post-war British prime ministers.

An emotional and visibly brittle Blair said that he takes “full responsibility” for the decisions that led to the UK’s involvement in the conflict, adding that he expressed “more sorrow, regret and apology” than people could ever know.

'A catastrophe, overseen by a terrorist, rambling like a madman'

In an extraordinary news conference that lasted longer than Sir John’s statement earlier in the day, he went on to deny he had given a “blank cheque” to Bush in invading Iraq. “What I can’t do and will not do is say we took the wrong decision,” he said.

He pleaded with the British public to “put themselves” in his shoes as prime minister in the wake of the 9/11 attacks in the US.

And despite the countless car bombings, suicide attacks, beheadings, executions, assassinations, maimings and cold-blooded murders, he still fiercely denied that the invasion played a role in the rise of Islamic State or the even the Arab Spring.

For the families who lost loved ones in the conflict, whether Iraqi or British, the day will have been hard to stomach, with some labelling Blair the world’s “worst terrorist,” while Reg Keys, who lost his son in Iraq in the early days of the conflict, a man forever associated with the battle to confront Blair, said that Sir John “has done the families proud”.

Earlier the families had spoken as Prime Minister David Cameron said “lessons can be learned,” but the idea that a post-Brexit Britain, with an arguably reduced place in the world, will ever again invade a sovereign state, seems farcical.

The outgoing Cameron, who voted for the war as a backbencher, added in response to Corbyn that it is “important to remember” that “violent Islamist extremism started long before the Iraq war,” and it’s true that sectarian violence existed in Iraq before 2003

But critics of the war have been quick to point to a haul of documents disclosed by Chilcot that warned violence and Islamist militants could be unleashed in the wake of the invasion.

One of the most stark is a declassified memo from 2001 between Sir Richard Dearlove, the former of head of Britain’s overseas spy agency, and Sir David Manning, the British ambassador in Washington.

In this once “top secret” memo, Manning warned that the attack on Iraq risked “lifting the threat from terrorist action”, “increased mistrust” of the US and UK in the Islamic world, splits in the UN, damage to the UK’s relationship with the EU, Russia and China and renewed “anger and resentment on the Arab street,” leading to “consequent popular pressure on regional regimes,” a foreshadowing perhaps of the Arab Spring that would follow the invasion.

Over the coming weeks and months, thousands of reports and testimonies like this will be poured over, but already one - the “whatever” memo - has been seized on by the British media.

In this July 2002 memo to George W Bush from Blair, the former prime minister, wrote:  “I will be with you, whatever.”

He went on to call for Bush to go to the UN for approval and to attempt to address the plight of the Palestinians, but for many this memo and the suggestion that Blair unequivocally backed invasion as early 2002, will be seen as one of the first triggers to war and the deadly consequences, including the rise of the Islamic State group, that followed.

Much of the fallout from Chilcot will focus on the views of men and women like Reg Keys and Rose Gentle, those who lost sons and daughters in Iraq. The numerical losses of these families may be far smaller than Iraq’s casualties, and of those on Sunday in Baghdad, but the grief and the decision that led to their anguish, have the same origin.

For some Chilcot will always, unfairly, be labelled a “whitewash,” but the families at the Queen Elizabeth Centre applauded Sir John when he finished his statement on Wednesday morning. They, at least, have had some form of closure.

In Iraq today, civilians busy themselves in the Eid holiday under the shadow of the threat of further Islamic State attacks. Iraqis on the streets of Baghdad have little reason to applaud. 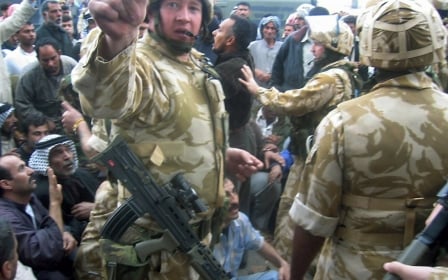 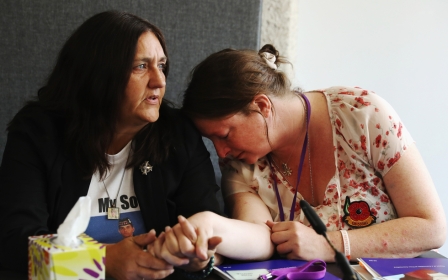