Official turnout looks set to be around 36 percent, down from 56 in the last election three years ago 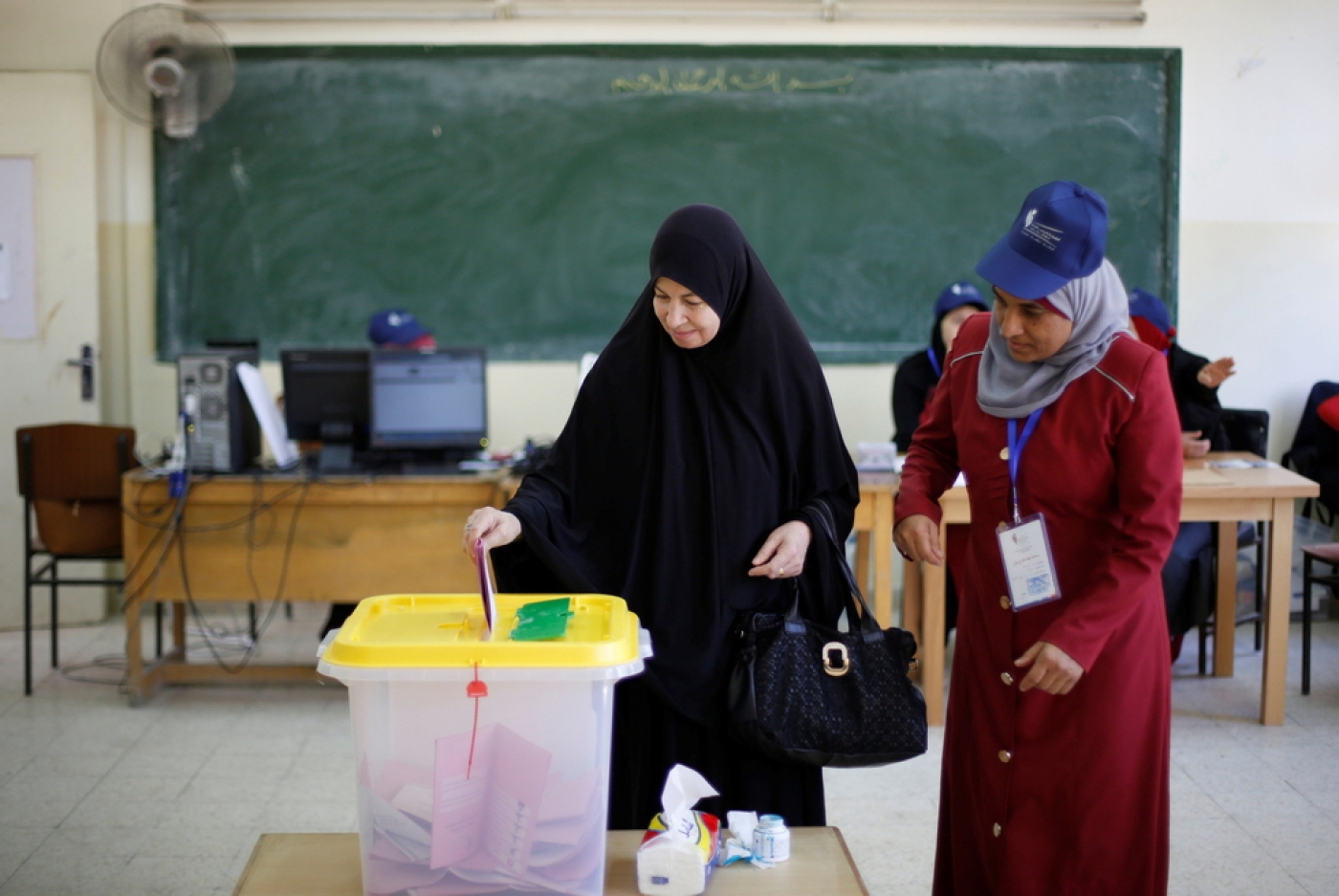 AMMAN - Jordanians trickled to the polls on Tuesday to vote in the country’s parliamentary elections, an event billed by authorities as “historic by all means”.

But as the polls began to close at 7pm local time, election monitors said that turnout stood at just 36 percent, despite some polls being allowed to stay open for a further two hours in a last-ditch attempt to lure in voters.

Last time the country went to the polls in 2013, turnout was 56 percent, with this year looking set to have the lowest turnout in a generation.

In Jordan’s 18th legislature, 130 parliamentary seats are up for grabs across 23 electoral districts. Minorities are ensured representation: 15 seats are reserved for women, nine for Christians, and three for Circassians and Chechens.

The streets and airwaves have been filled with signage and promises for weeks, but for many Jordanians, they are “kallam fadi” or empty words.

Fed up with rising prices, stubbornly high unemployment, and an expensive, lumbering public sector, public dissatisfaction with the government is high and climbing.

According to a June survey conducted by the International Republican Institute think tank, 87 percent of Jordanians believed the most recent parliament had accomplished nothing worthy of commendation. More than half said they were unlikely to vote in the upcoming elections – and this may have been a generous estimate.

“I visited seven polling stations before noon and nowhere had more than single digit numbers for turnout. They were all between one percent and nine percent,” said Anja Wehler-Schoeck, director of Friedrich-Ebert-Siftung, a German pro-democracy foundation.

Wehler-Schoeck and her colleagues had predicted turnout of around 38 percent, although into the afternoon it looked like the country might not even pass this threshold. By 4pm local time, monitors said turnout was just 22 percent, and by 6.30pm – half an hour before voting was originally due to close - it had only climbed to 27 percent.

The numbers rose significantly in the last two hours after voting was extended but the turnout is a far cry from the 50 percent-plus figures previous elections have boasted. While absolute numbers may be higher due to a surging population and a lower voting age, proportionately, 2016 is certain to be one of the lowest turnouts in years.

Katrina Sammour, a 28-year-old political analyst living in Amman, said she did not vote because she felt it was a pointless vote in a broken system.

“The lower house doesn’t have any real legislative power in the country due to amendments to the country’s original 1962 constitution. Parliament doesn’t act like the people’s representatives anymore, because it doesn’t have the power to,” she said.

It is not just apathy keeping voters at home. Jordan is one of the Middle East’s freest and more politically open countries, but it is in many ways struggling with democratic concepts. Cronyism, one of voters’ most common complaints about previous governments, dogs Jordanian politics, as do complaints of corruption and gross inefficiency.

“We’re in the process of moving away from the tribal system here, but it’s going to take time,” said Nadia, a 49-year-old office worker in Amman.

“Candidates write a log of things, but you ask, can I really go for it? People don’t believe election promises, so they look for other motives to vote,” she said.

This election, those reasons kept Nadia at home: the only candidate she was prepared to endorse was a relative – one who shares her last name – but he was running in a different district.

Last time, Nadia’s father managed to get the family’s district switched on paper so their support could propel the relative to victory; this year, no such fiddle could be found.

For the majority of Jordanians who did not vote, these reasons are part of a veritable buffet of excuses for not participating in the democratic process.

Transparency is another reason.

Khaled Kalaldeh, chairman of the Election Commission, recently told a group of reporters he would “put in handcuffs” anyone who conducted exit polls. The same authority also instructed disaffected youths to cast a blank ballot rather than abstain altogether.

At least one expert says these ideals are the wrong lens to look through.

Ayoub Alnmour, an elections analyst with RASED, a Jordanian civil society organisation, said he will not measure the election’s success by votes cast but by the process’s social impacts.

In March, Jordan’s King Abdullah introduced new election laws that moved from a majoritarian system to a proportional approach, via candidate lists. The result is that parties must field lists of candidates designed to appeal to a diverse range of voters. Collaboration is the order of the day.

Alnmour offered an example of the Balqa’ governorate, where lists in a diverse electorate must appeal to Christians, educated urbanites, poor villagers and Palestinians: “People are campaigning together here, and this leads to community coherence.”

For the first time in nearly a decade, that coherence includes the Muslim Brotherhood, a party dismantled and largely neutered in April of this year after coming afoul of new legislation. Ending a nine-year boycott, the Brotherhood’s Islamist successors and several left-wing parties took part in today’s election.

This, for Alnmour, is the real win behind today’s election.

“In Jordan, parliament doesn’t have sufficient constitutional authority to prove itself as a change-maker at a policy level, which is unfortunate. It is more focused on tribal representation, local services, and job opportunities for family members,” he said.

“For me, the major short-term impact this election is bringing isn’t political. It’s social.”