Members of feminist groups and Iranian migrants hold a demonstration in support of Mahsa Amini in Santiago, on 23 September 2022 (AFP)
By
MEE staff

Iran's President Ebrahim Raisi said protesters condemning the killing of Mahsa Amini should be "confronted decisively", after state media said 41 people had been killed during more than a week of protests, double the previous figure given.

Amini died in police custody after Iran's morality police arrested the 22-year-old Kurdish woman in Tehran on 13 September for wearing her hijab in an "improper" way.

Her death led to demonstrations in Iran and across the world in support, with women taking off their headscarves in solidarity with her.

Raisi said on Saturday that Iran must "deal decisively with those who oppose the country's security and tranquillity", Iranian state media reported.

The president made his comments in a condolence telephone call to the family of a security agent stabbed to death this week, allegedly by protesters enraged over Amini's death.

Earlier on Saturday, Iran's state-backed Born agency said: "The number of people who died in the recent riots rose to 35 people."

The official toll had previously stood at 17 dead, including five security personnel.

Iranian police in just one province have arrested over 700 people, the Tasnim news agency reported Saturday.

Iran switched off Tehran's internet for one day on Wednesday to quell the protests, but images posted online showed women across Iran continuing to protest in support of Amini.

Thousands of Iranians also marched through Tehran after Friday prayers as part of a "pro-hijab" rally in support of local security forces. Demonstrations in support of the government also took place in Ahvaz, Isfahan, Qom and Tabriz.

The crowds condemned the anti-government protesters as "Israel's soldiers", live state television coverage showed. "Offenders of the Quran be executed," they chanted.

Amini died after spending three days in a coma after Iran's morality police imprisoned her. Activists say that Amini fell into a coma after the police struck her head. Interior Minister Ahmad Vahidi said Amini had not been beaten and that authorities were investigating her death.

"Reports from oversight bodies were received, witnesses were interviewed, videos were reviewed, forensic opinions were obtained, and it was found that there had been no beating," Vahidi was quoted as saying by Iranian media.

The minister said the government was investigating the cause of Amini's death, adding: "We must wait for the final opinion of the medical examiner, which takes time."

Tehran police said in a statement last week that, while in custody, Amini had "suddenly suffered from a heart problem" and was "immediately taken to hospital".

Her father has repeatedly said his daughter had no health problems, adding that she had suffered bruises to her legs. He held the police responsible for her death. 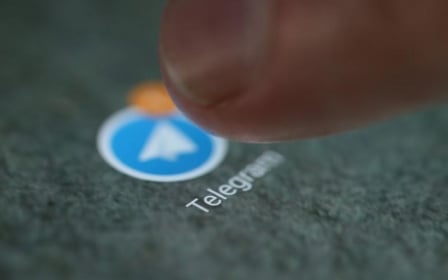