Fountains across Tehran turned red overnight after an unknown artist dyed them the colour of blood to reflect the government's crackdown on the protests that have swept Iran since the death of Mahsa Amini in custody.

Water fountains in Daneshjoo Park, Shahr Theatre, Fatemi Square and Artists' Park in the Iranian capital were turned red as part of an artwork reportedly entitled "Tehran Covered in Blood".

Video footage of the pools on social media showed the water coloured a deep red. The water has since been drained.

Since then, the protests that have rocked Iran have been met by a brutal crackdown from authorities, with the Oslo-based group Iran Human Rights saying that at least 92 protesters have been killed so far, while other groups have put the death toll much higher.

Iranian security forces have rounded up high-profile supporters of the movement, including activists, journalists and pop stars.

Despite all this, demonstrations have continued for 20 consecutive days and nights in towns and cities nationwide.

Images of the blood-red fountains were shared online by the 1500tasvir social media channel, which monitors violations in Iran. 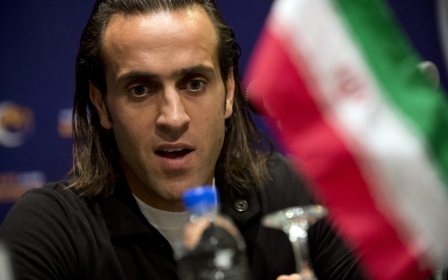 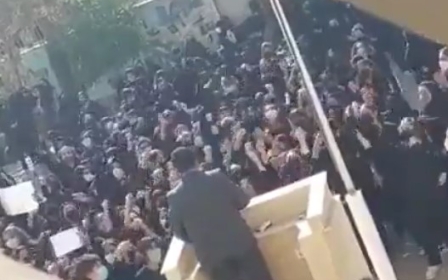 2022 Iran protests
'Get out, Basiji!': Iranian schoolgirls chant and wave their headscarves at IRGC official