Man arrested in Saudi Arabia for having breakfast with woman 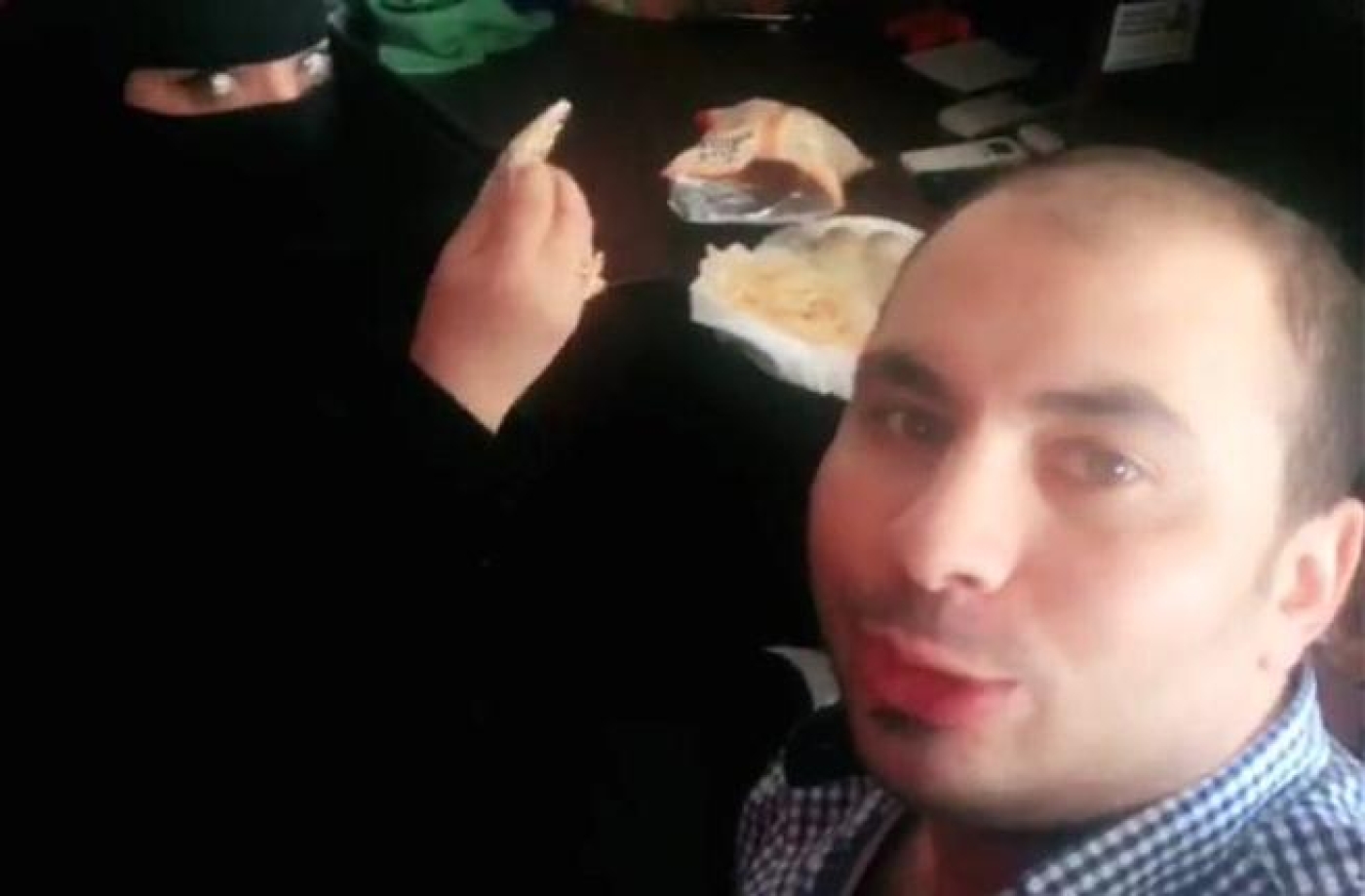 Bahaa, an Egyptian migrant worker, having breakfast with his colleague before his arrest in Saudi Arabia on Sunday (screengrab/Twitter)
By
MEE staff

Saudi authorities arrested a man on Sunday after he posted a video of himself having breakfast with a female colleague in Jeddah.

The video, posted by an Egyptian known only as "Bahaa", showed the man and the Saudi woman, who is eating with her full face veil on, at breakfast at the hotel reception where they both work.

“Come have breakfast with us,” Bahaa told his followers at one point in the video, which also shows the woman feeding him a piece of food. Rather than coming to breakfast, the man is now going to jail.

The post, which went viral on Saudi and Arab social media under the hashtag “Egyptian having breakfast with a Saudi woman”, drew condemnation from many Saudis who said the clip was incompatible with Saudi culture.

Translation: “The government should prosecute those who dare to disrespect Saudi laws and systems, distort the image of our conservative society, and promote moral degradation with the strictest punishment…”

Some of the attacks said that the woman should also face prosecution.

Translation: “You should also arrest the woman; she is a participant in this farce.”

Translation: “The woman should be punished first because she represents the morals of the women of the Kingdom. As for the offensive man, he should leave on the next airplane.”

'Women allowed to drive, but not to eat fries'

But some were quick to jump to the defence of the radical pair.

Translation: "The Saudi regime allowed for women to drive... but not to eat fries"

And others complained of double-standards, saying that such behaviour was common for Saudi princes abroad and Saudi tourists visiting other countries, where men and women often have breakfast with one another.

In August, Abdelaziz Elrayes, a hardline Saudi cleric, said in one of his sermons that a ruler who publicly commits adultery or drinks alcohol should not be admonished. Rather, the public should pray for his repentance.

Translation: "Fake religiosity: when you are aggresive with the weak and lenient with the powerful..."

Translation: "If you are a ruler and commit adultery on air, we will pray for your [divine] guidance. But if you are an Egyptian migrant worker, eating fries with your female colleague?? Straight to prison, you infidel!"

The Saudi public prosecutor was quick to post a reminder that foreign workers in the Gulf kingdom should “respect Saudi values, traditions, and feelings,” including, it would seem, the feeling that it is not good for men and women to eat breakfast together.

After the attack on his first video, "Bahaa" posted a second video criticising the response as “exaggerated”, and saying that he was simply having breakfast with his co-worker.

But then the Saudi ministry of labor and development posted pictures of Bahaa being arrested on Twitter. It said that an “Arab expatriate” had been arrested for “an offensive” video on social media.

Khaled Abalkheil, the ministry spokesman,  said in a statement that the man committed several violations and worked in a job that should be exclusive to Saudis.

The hotel owner, who has not been named, has also been summoned for questioning over failing to adhere to regulations related to a woman’s behaviour in the workplace, he added.

As one person put it: