Known for his progressive views, Odah is the first Sunni scholar to be sentenced to death in crackdown led by Saudi crown prince 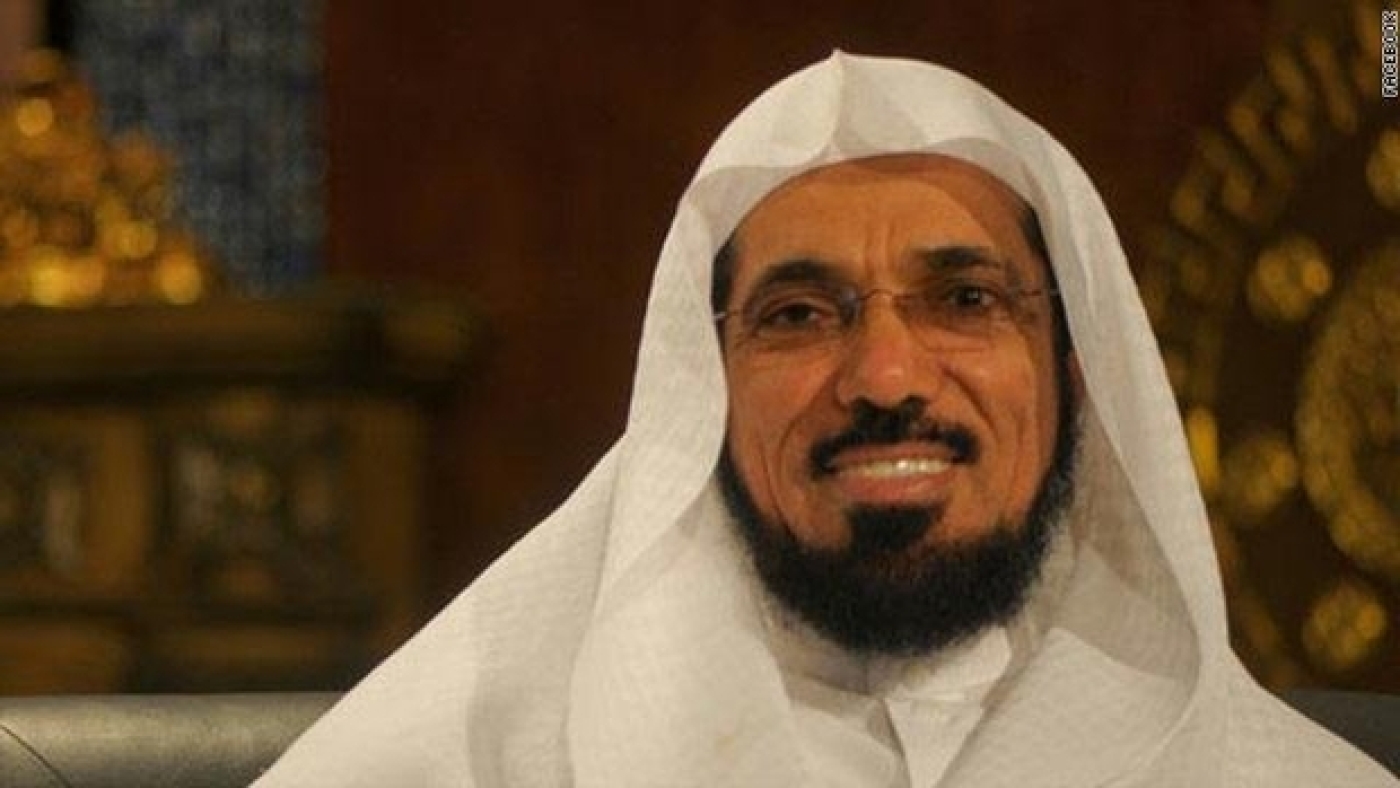 Odah, 61, is an internationally renowned Sunni Muslim scholar and cleric known for his progressive views on controversial social issues.

He was referred to a secret trial in mid-August in Riyadh after nearly a year in detention without charges.

Saudi official media announced on Tuesday that “a person affiliated with a terrorist organisation” was sentenced to death, but did not name Odah.

Saudi rights activists told Middle East Eye that leaked news from a Riyadh court confirmed that the person is Salman al-Odah, who is affiliated to the International Union of Muslim Scholars, which the kingdom has labelled as a “terrorist organisation”.

Charges were not declared at the beginning of the trial. Instead, on Tuesday, the state prosecutor brought 37 charges against Odah, including “leading a terrorist group” and “inciting public opinion against the ruler”.

🔴 BREAKING NEWS
The Saudi Criminal Special Court has started the secret trial of Sheikh Salman al-Odah, and so far 37 charges of "terrorism" are directed towards him. The General Prosecution is calling for sentencing him to death because of those charges. pic.twitter.com/BG21osppuF

In response to the news, thousands of Saudis took part in a viral hashtag on social media “Salman al-Odah is not a terrorist” and demanded his release.

“The death penalty against Odah would be a bad omen for what is yet to come,” Yehia Assiri, activist and director of the London-based AL-Qist human rights organisation, told MEE.

Odah, Assiri said, was not a typical political opponent. He did not publicly criticise Crown Prince Mohammed bin Salman or the Saudi government, but it is his reformist views which threaten the state, Assiri said.

“By declaring such sentences, the Saudi authorities seek to silence everyone, or to force people into non-peaceful means of opposition,” he said.

Odah was detained on 10 September 2017, along with 20 other people, as part of a crackdown that saw many moderate Islamic clerics detained after Mohammed bin Salman became the kingdom's crown prince and heir to the throne in June 2017.

The wave of arrests also targeted feminist and human rights activists and powerful business figures in what has been seen as a campaign to purge Saudi Arabia of dissent.

Odah, who has more than 14 million Twitter followers, was arrested after tweeting a prayer for reconciliation between Saudi Arabia and its Gulf neighbour Qatar: "May God harmonise between their hearts for the good of their people," he said before his detention.

Back to the future: Saudis on the Sahwi warpath
Madawi al-Rasheed
Read More »

On 6 August, the state prosecutor sought a death penalty for female human rights defender Israa al-Ghomgham, who had campaigned for the rights of the marginalised Shia minority in Saudi Arabia.

A prominent Saudi Shia cleric, Nimr Al-Nimr, was executed in January 2016 after being convicted of “terrorism”.

According to the anti-death penalty group Reprieve, execution rates have doubled in Saudi Arabia since Mohammed bin Salman was appointed crown prince in 2017.

The Saudi embassy in London did not immediately respond to MEE's request for comment.