UK government was 'complicit in torture' of Hashem Abedi in Libya

Convicted brother of Manchester bomber was allegedly tortured and asked questions fed by British intelligence agencies while in custody in Libya, court hears 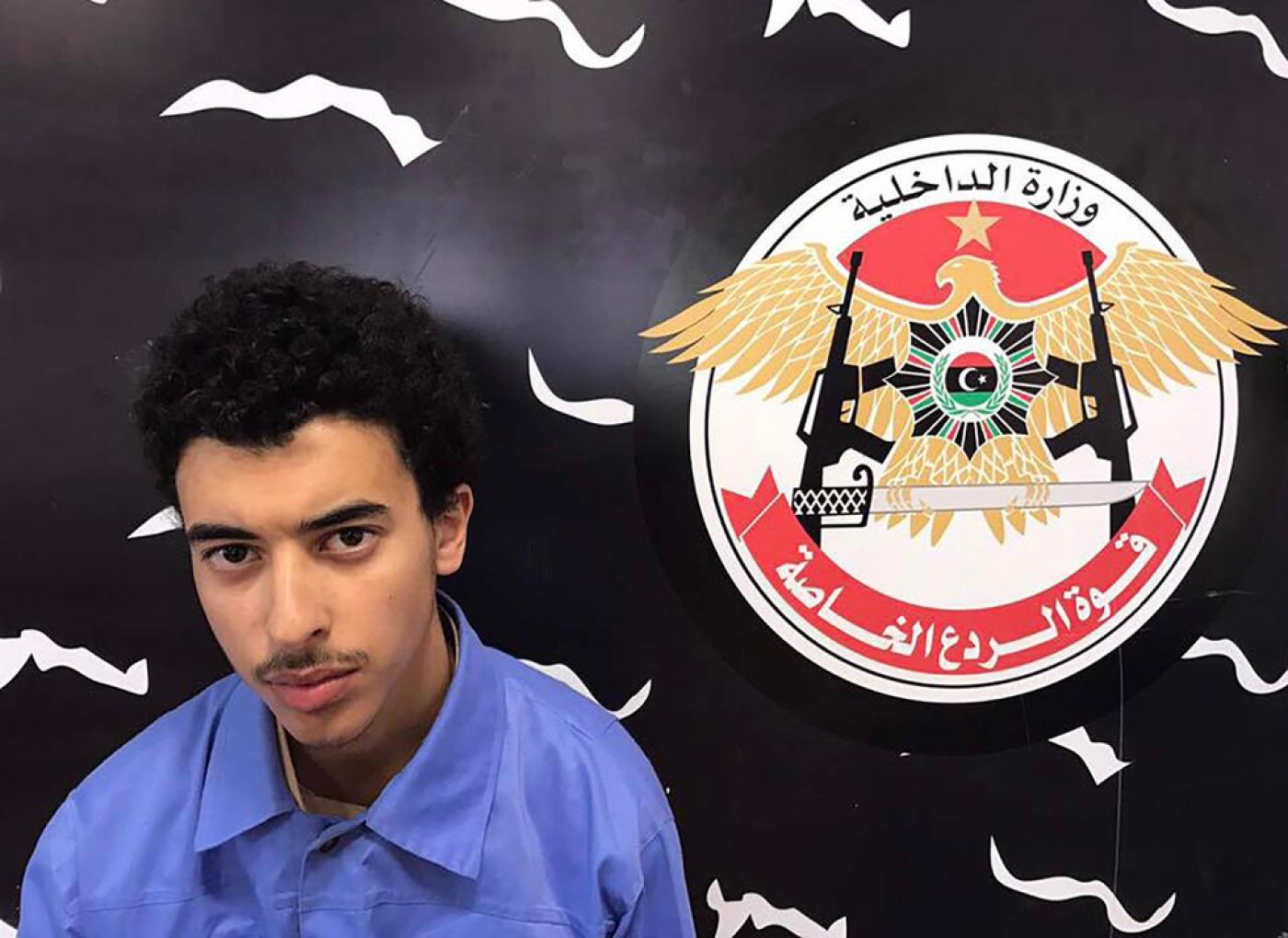 A photo of Hashem Abedi, released on the Facebook page of the Libyan Special Deterrence Force in 2017 (AFP)
By
Ian Cobain
in
London

The brother of the Manchester suicide bomber Salman Abedi was detained in Libya and allegedly tortured while being asked questions submitted by the UK’s intelligence agencies.

Hashem Abedi’s claims emerged in court before he stood trial over his own role in the 2017 attack, but could not be reported under British law until the jury had reached its verdict.

On Tuesday, Abedi was convicted of the murder of the 22 concert-goers killed when his brother Salman detonated a bomb that he was carrying in a rucksack. A further 260 people were injured.

Abedi, 22, had denied murder and attempted murder, but refused to give evidence in his own defence. He now faces the prospect of a mandatory life sentence.

In an account that recalls the episodes in which MI5 and MI6 became embroiled in serious human rights abuses in the years after 9/11, Hashem Abedi said he was detained in Tripoli after the 2017 bombing and tortured while being asked questions about people and places in Manchester.

On two occasions, MI5 and MI6 officers visited him at the prison where he was being held by an interior ministry-linked militia known as the Rada Special Deterrence Forces. His British lawyers denounced the detention centre where he was held as “a torture establishment”.

Abedi’s barrister Stephen Kamlish told the Old Bailey court in London: “He was arrested the day after the bombing, and until the end of May, he was asked questions about people in Manchester and addresses, none of which could have been known to his [Libyan] torturers – it would not have been possible.

“They must have received the questions from either Operation Manteline” – the name given to the investigation of the Manchester bombings – “or the security services or both. Those questions under torture went on for almost a month.”

Kamlish added that Abedi’s family had told the British government that he was being tortured in Libyan custody.

Evidence believed to support Abedi’s allegation include a report of physical and psychological injuries. A British consular official is said to have photographed Abedi’s injuries while visiting him in custody in Tripoli. He is also said to have been taken at one point from the detention centre to a clinic, in order to receive treatment for a groin injury.

“He was held at the airport, which was - and it must have been known to the British government - a notorious torture establishment where people are known to have been tortured and killed,” said Kamlish.

“There was extreme torture on occasion. This was all reported to representatives at the consulate, well before an application for extradition was made.”

During legal arguments before the trial began, prosecuting lawyers did not deny the allegation that “the British government was complicit in the torture of the defendant”. Instead, they argued successfully that his trial should be allowed to proceed regardless of the way in which he was treated in Tripoli.

At one point, Kamlish said, British intelligence officers questioned Abedi in the presence of members of the militia that was allegedly torturing him. One of the officers is said to have offered him a packet of Cadbury Heroes chocolates during the questioning. Kamlish told the court that it was “of more than passing interest” that the prosecution did not deny that British intelligence was complicit in Abedi’s mistreatment.

“We would expect to see a point by point response but they have not sought to gainsay any factual or legal assertions,” he said.

Abedi’s lawyers also objected to the way in which he had been extradited to the UK to stand trial, arguing that the process had been unlawful under Libyan law.

Abedi was removed from Libya after British Prime Minister Boris Johnson – who was then the country’s foreign secretary – visited Tripoli and offered a £9.2 million aid package to help the country deal with terrorism and illegal migration.

“The British were effectively having to bribe the Libyans,” Kamlish said.

In the years after 9/11, British intelligence officers repeatedly submitted questions to be put to detainees by intelligence agencies known to use torture, received information from prisoners whom they knew were being tortured, and financed and arranged so-called rendition operations. 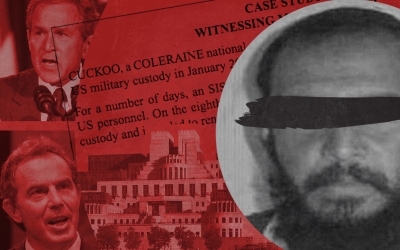 Media reports of these abuses were routinely denied by government spokesmen until 2018, when the UK parliament’s intelligence and security committee (ISC) confirmed that the reports had been correct, and reported that MI5 and MI6 officers had engaged in human rights abuses on hundreds of occasions.

The same year, the British government apologised to a Libyan couple for the role that MI6 played in their kidnap and rendition to Tripoli, where the husband was detained without trial and tortured. A second Libyan family received an out-of-court settlement after bringing proceedings over MI6’s involvement in their kidnap.

However, the ISC reported that these abuses had been an historical problem, brought to an end following a change of government in 2010.

By this time, the new Conservative-Liberal Democrat coalition government had ordered the rewriting of a protocol known as the Consolidated Guidance, which is intended to help intelligence officers from becoming involved in human rights abuses.

Since 2017, a judge known as the Investigatory Powers Commissioner has been responsible for reporting to government on the effectiveness of the Consolidated Guidance.

His report covering the period when Abedi was allegedly being tortured in Tripoli raised no serious concerns about the way in which the Consolidated Guidance was being applied.

During its own investigation, the ISC established that when MI6 operates under the Consolidated Guidance, it also asks the UK foreign secretary to sign a warrant under a section of a 1990s piece of legislation, the Intelligence Services Act, which can “disapply” UK law.

Such a warrant is intended to shield its officers from prosecution or civil proceedings in the UK after becoming involved in the torture of a prisoner held outside the country.

In May 2017, when Hashem Abedi was first detained and allegedly tortured in Libya, the UK foreign secretary was Boris Johnson.

MEE has asked the UK government to comment, but had not received a response at the time of publication.