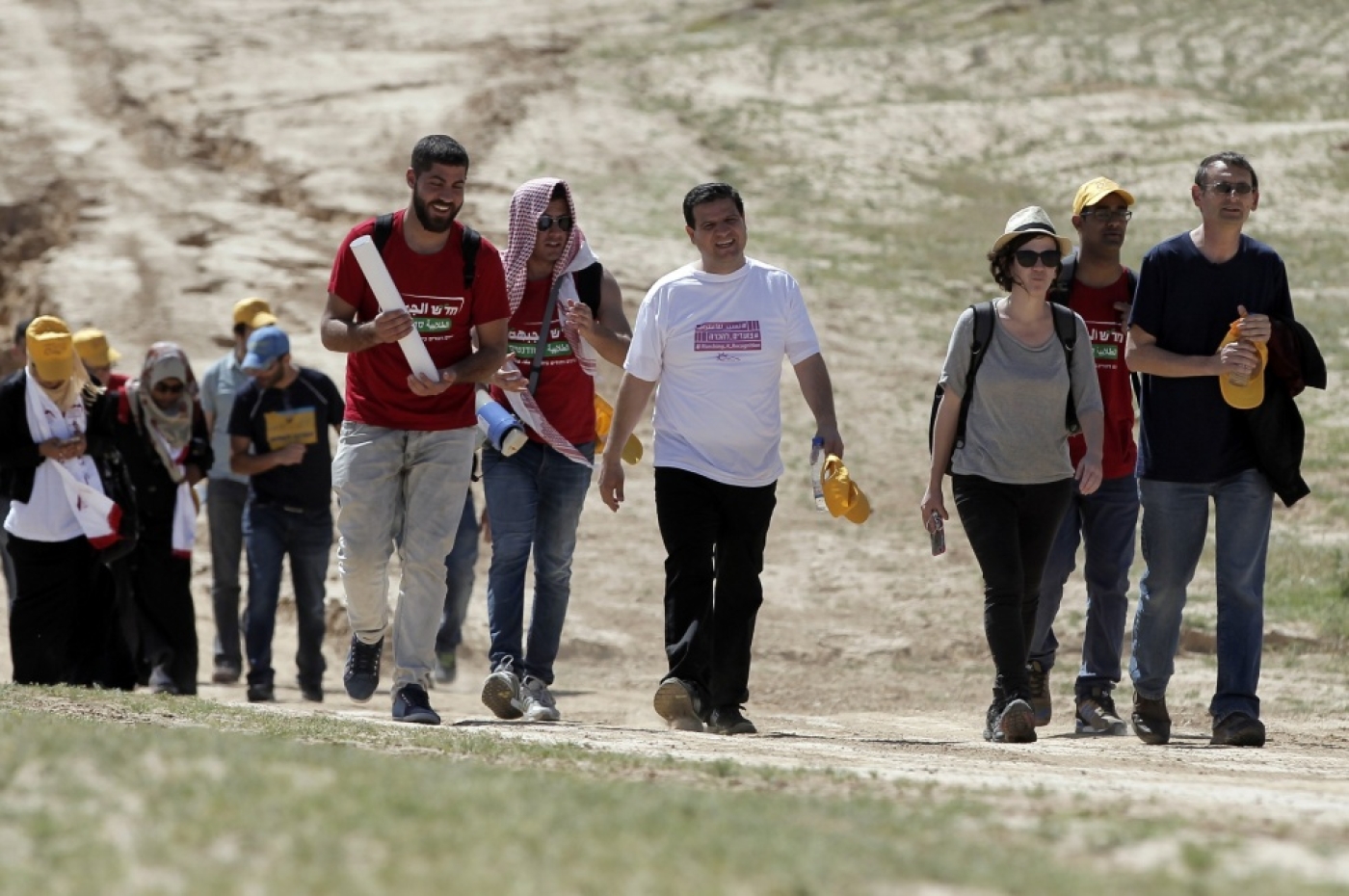 Ayman Odeh (C) alongside several dozen protesters march in the Bedouin village of Wadi al-Naam on 26 March, 2015, near the city of Beersheba (AFP)
By
MEE staff

The head of Israel’s third largest political party Ayman Odeh began a four-day walk on Thursday from the Negev desert to Jerusalem in order to bring attention to the issue of unrecognised Bedouin villages.

Odeh has long campaigned for the rights of the Bedouins in the desert, where there are as many as 40 unrecognised villages that are not connected to the state’s electricity or water grids and lack basic infrastructure.

“The existence of unrecognised villages, which have no water, electricity, schools or institutions is not just a stain on the government but a continuous crime and tragedy,” Odeh said. “These villages existed before the creation of Israel by decades. I decided to walk from the Negev to the Knesset before the formation of the new government to emphasise the priority of the issue and the depth of the ongoing crime.”

In a statement, the bloc said that a document of the planned alternative to recognise the villages will be delivered to Israeli President Rivlin, in order to “urge him to make all efforts to end the suffering of the people and children of these villages”. Odeh will also deliver his first speech to the Israeli parliament on the first of April, to ensure that the recognition of those villages will be on the Knesset’s agenda.

The march began from the unrecognised village of Wadi al-Naam, located near Beersheba, and will spend the night at the unrecognised al-Araqib village which has been demolished over 80 times since 2010.

The group chanted “The Negev is precious to us!” and wore shirts with the emblazoned slogan “March for recognition.”

Israeli authorities regularly carry out demolitions within these villages, severely impacting the Bedouins’ livelihoods. Last year a bill titled the Prawer Plan was put on freeze by the government, but there are fears that the next administration might enforce it. If implemented, 800,000 Bedouins will be forcibly displaced from their lands and 38 unrecognised villages will be destroyed.

As many as 260,000 Bedouins live in the Negev, with more than half in unrecognised villages and in extreme poverty.

Pic: Ayman Odeh holds a goat as he marches from the #negev to #jerusalem #marching_4_recognition pic.twitter.com/XVBAKpZkLN 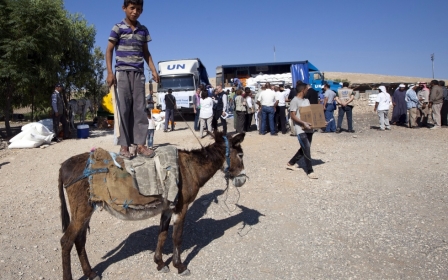 Inside Israel
'Eliminate' Arabic in Israel? Go ahead!
Michal Zak