As many as 800 bodies could be buried at the site, which contained men in IS-style jumpsuits and women likely stoned to death 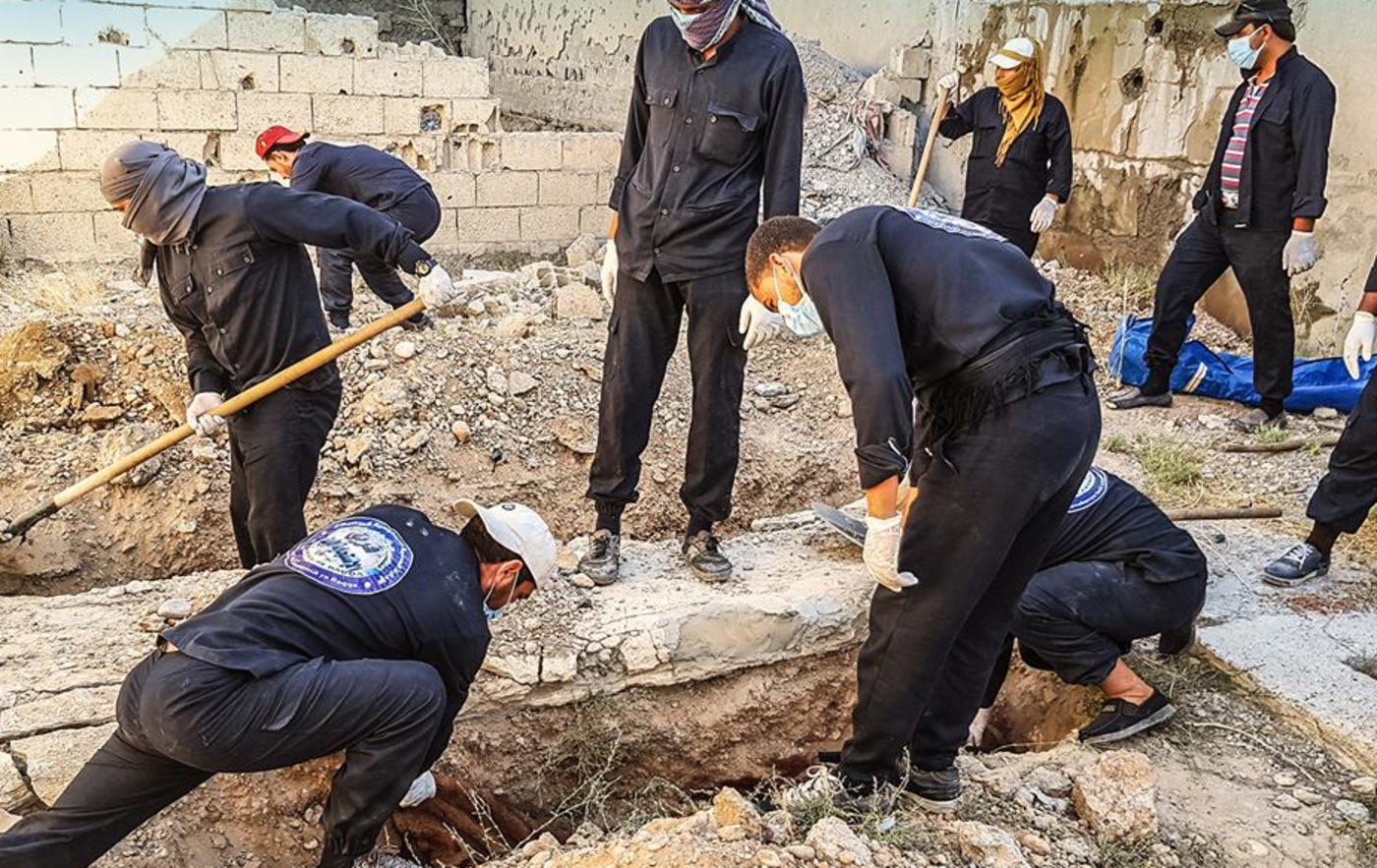 Two hundred corpses, including those of people believed to have been executed by the Islamic State group (IS), have been found near the Syrian city of Raqqa, a local official and and activist group said on Wednesday.

The mass grave contained the bodies of five middle-aged men in orange jumpsuits of the kind typically worn by IS hostages, Yasser al-Khamees and the UK-based Syrian Observatory for Human Rights said.

"They were shackled and shot in the head," said Khamees, who heads a team of first responders. Those found were believed to have been killed more than two years ago, he said, adding that his team was not immediately able to identify them.

The grave also included the bodies of three women who were believed to have been stoned to death, Khamees and the Observatory said.

"Their skulls were severely fractured and displayed signs of stoning," the local official added.

As many as 800 people could be buried there in total, he said.

The discovery could help identify more of the several thousand people whose fates remain unknown, including foreigners imprisoned by IS, the AFP news agency reported.

IS took full control of the city of Raqqa in early 2014 and made it the de facto Syrian capital of its cross-border "caliphate". US-backed forces ousted IS from the devastated city in October 2017, leaving the Raqqa Civil Council (RCC) to run it.

The RCC has been gradually retrieving bodies from the rubble across Raqqa, which was left in ruins by the months-long assault.

In February, an exhumation team uncovered a mass grave holding an estimated 3,500 people in Raqqa's al-Fukheikha agricultural suburb - the largest to date.

Several other mass graves have already been identified around the city, including one in the neighbourhood known as "Panorama," from which more than 900 bodies were exhumed.