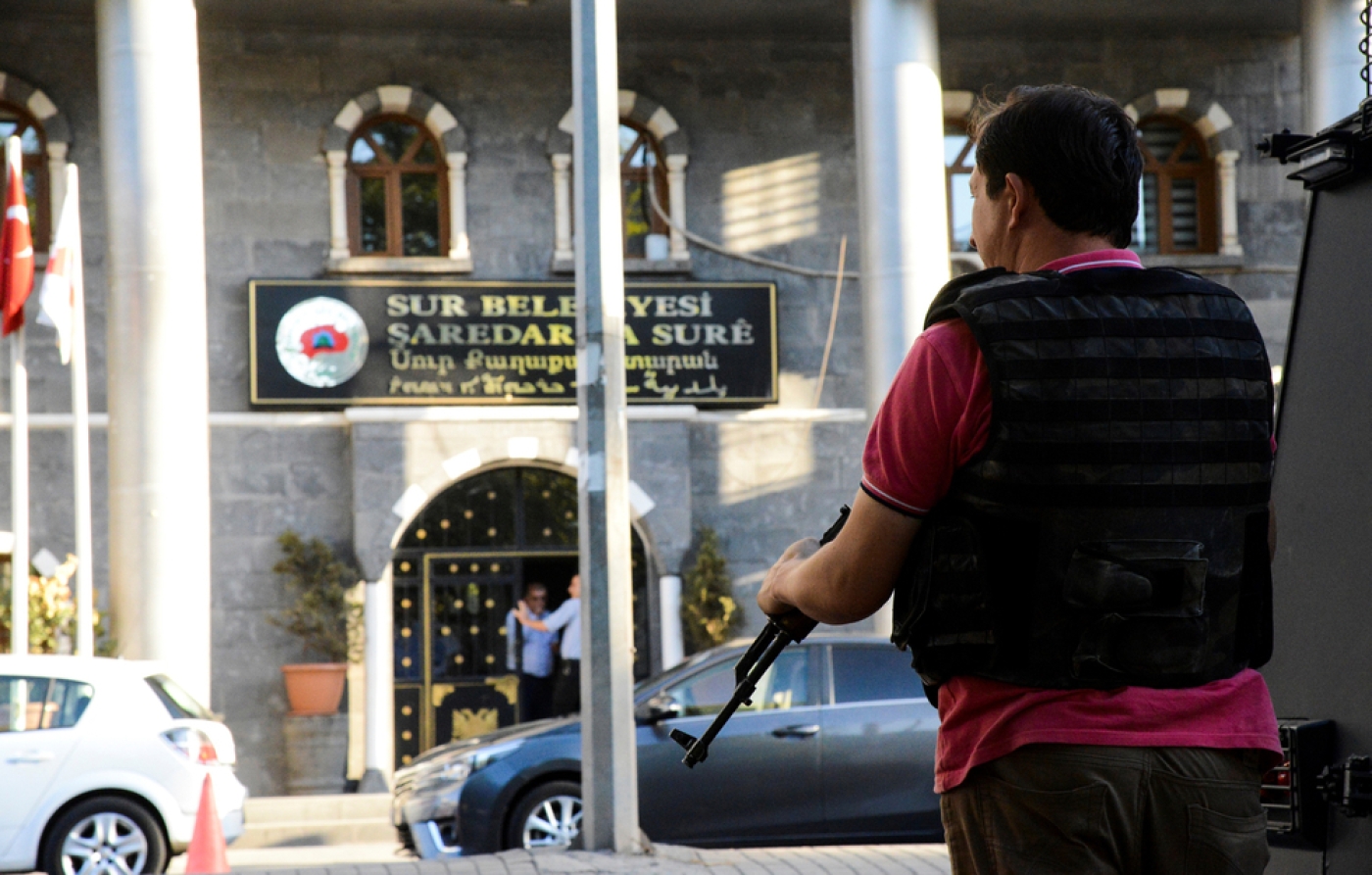 A Turkish policeman stands guard outside the Sur municipality building during a police operation on 11 September 2016, in Diyarbakir (AFP)
By
MEE staff

The co-mayors of Turkey's Kurdish-majority Diyarbakir were arrested on Tuesday night as part of an investigation into "terrorism," the state news agency reported.

Gultan Kisanak and Firat Anli, who jointly run the largest city in south-eastern Turkey, were detained by local anti-terrorism police.

Kisana, elected in 2014 as the first female mayor of Diyarbakir, had given evidence to the 15 July Coup Hearing Committee, established to probe a failed coup earlier this year, in the capital Ankara.

There were reports of a lockdown amid a police raid on the city's main municipal building, as well as a search of the house of one of the co-mayors.