IS militants set up checkpoints in Egypt's north Sinai 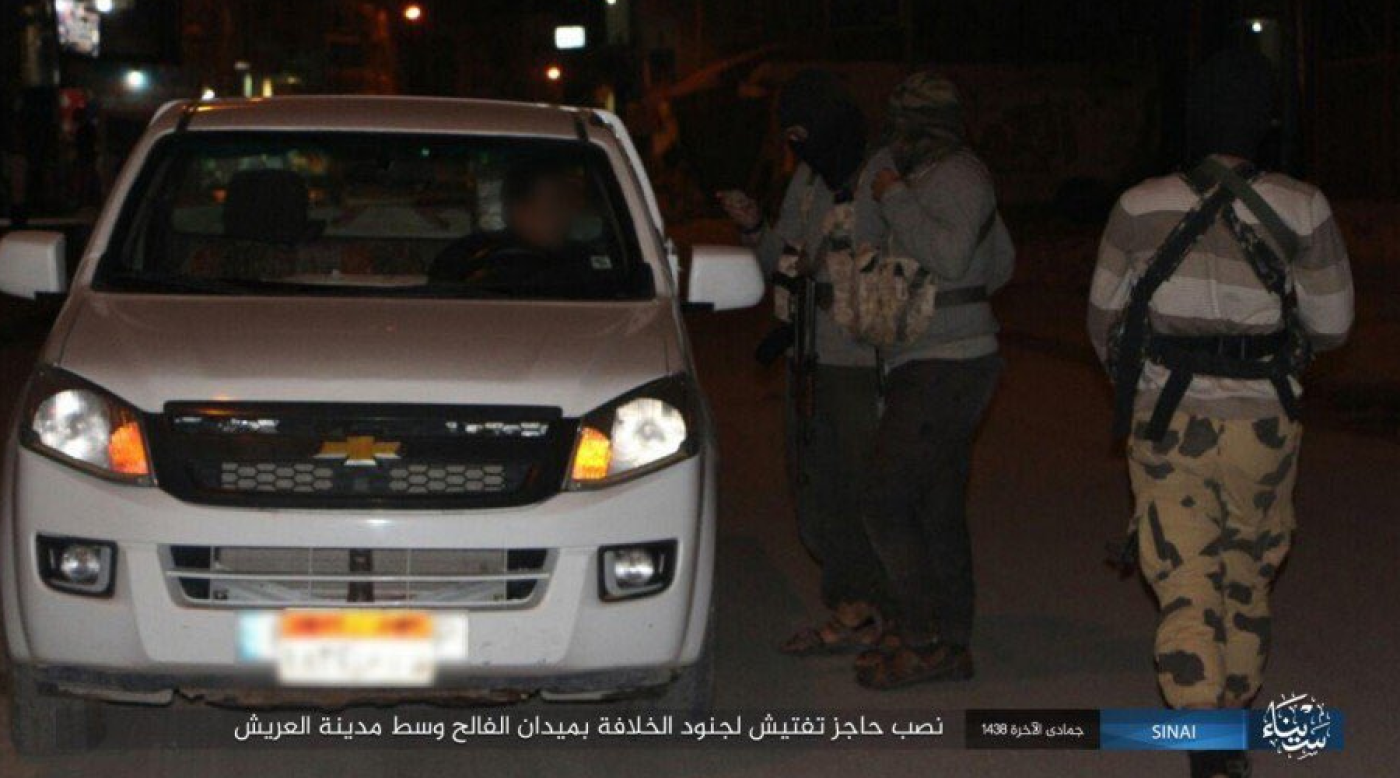 North Sinai's IS affiliate had set up checkpoints across the city of Al-Arish (Screengrab: AMAQ)
By
MEE staff

The photos, published online, come after a number of security convoys and police stations were targeted by the IS affiliate, known as the Sinai Province, over the last week.

It also showed IS militants carrying different types of guns, along with heavy military equipment like rocket-propelled grenades.

According to Mada Masr, an Egyptian news website, IS militants who were manning the checkpoints had said that they were "looking for Copts."

Captions under the pictures published by the AMAQ news agency had said that militants had searched several vehicles in a bid to find and arrest individuals cooperating with the army and police force.

An eyewitness told Mada Masr, "after 50 metres, we found more militants standing next to a cigarette kiosk and smashing it, while another was holding a laptop and checking people's IDs."

The militants had appeared for nearly 15 minutes with the aim of showing that they are still a presence following a heavy police and army crackdown against the group following a series of bomb attacks in Al-Arish over the last week.

The Islamic State group's online outlet Amaq Agency published a photo showing masked men stopping civilian cars to which it attached a caption that claimed the photo was of a Province of Sinai checkpoint.

Both Egyptian police and the army have been waging a bloody war against the Sinai Province in North Sinai.

The emergence of checkpoints by Sinai Province militants prompted the local MP of Al-Arish to call on the Egyptian Army to review the current security measures in place within the province's largest city.

Hossam El Refaay told Daily News Egypt that the "security presence in the city of Al-Arish is weak."

Commenting on the army's presence within the city he said: "It is necessary that the army be present in the city and not only on its outskirts.”

The crackdown, which has focused on the cities of Arish, Rafah and Sheikh Zweid, has allegedly claimed the lives of thousands of militants, according to the Egyptian army.

Since 2013, state security forces have been engaged in violent clashes with "Sinai Province", known previously as Ansar Beit Al-Maqdis. In 2014, the group declared its affiliation to IS and has launched deadly attacks on army and police checkpoints.

In the last two years, the Egyptian armed forces launched counterattacks against militant strongholds across the Sinai Peninsula, particularly in the cities of Sheikh Zuweid, Rafah, and Al-Arish. 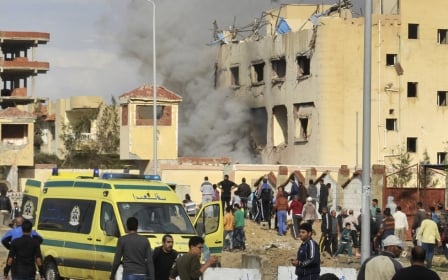