The war in Syria has killed upwards of 240,000 people and shows little sign of abating with fierce fighting across the country continuing 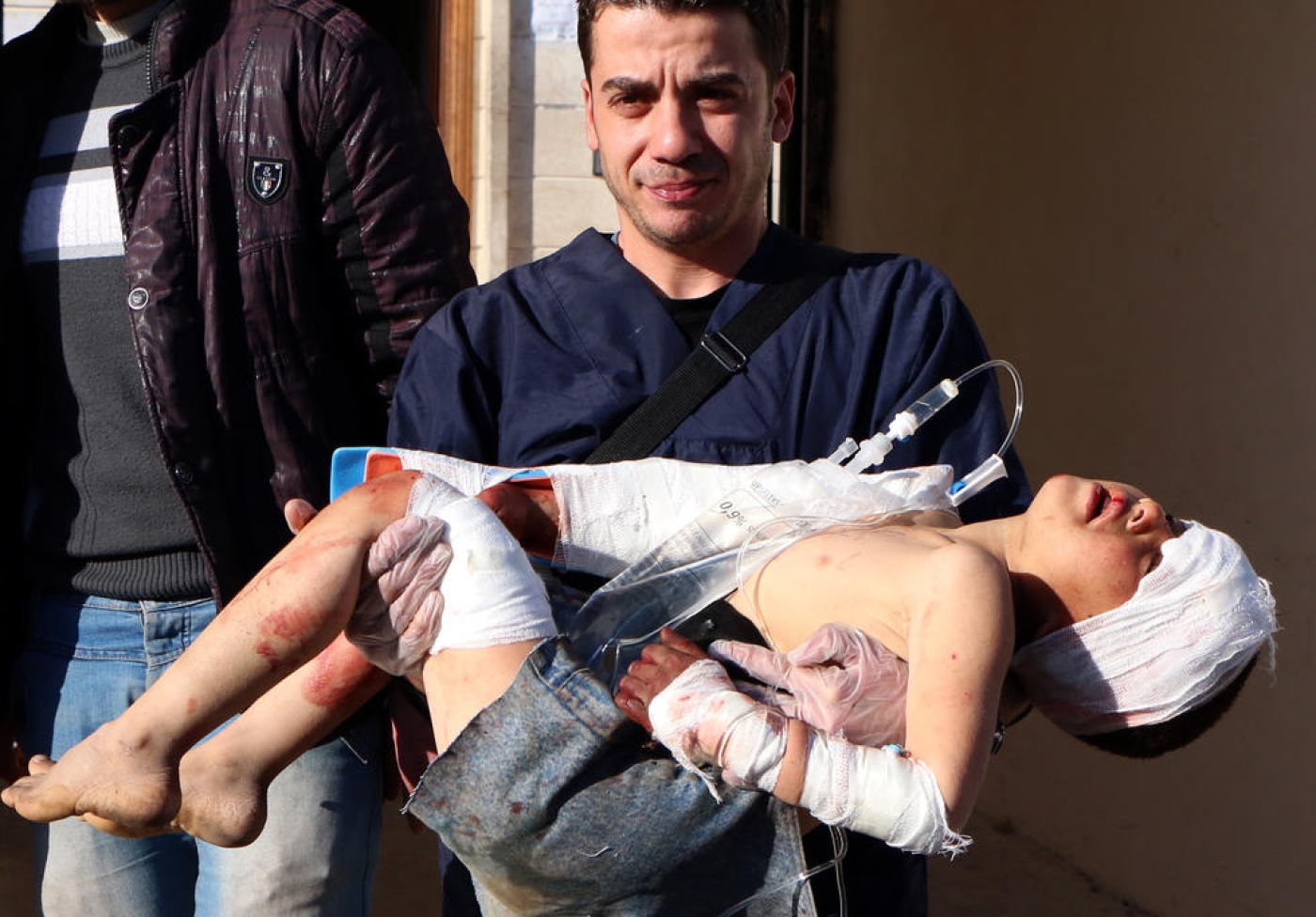 A man carries an injured child following a reported air strike by Syrian government forces (AFP)
By
MEE and agencies
More than 240,000 people, including 12,000 children, have been killed in Syria's conflict which broke out in March 2011, a monitoring group said on Thursday.
The Syrian Observatory for Human Rights said it has documented the deaths of 240,381 people, up from its tally of 230,618 announced on 9 June.
The latest toll compiled by the Britain-based group shows that 11,964 children were among 71,781 civilians killed in Syria.
At least 88,616 government forces were killed - or one thirds all deaths documented by the Observatory - including 50,570 soldiers and the rest allied fighters.
The monitor, which relies on a wide network of sources on the ground, put the death toll for rebel fighters at 42,384 and said 34,375 foreign militants have also been killed in Syria.
The identity of another 3,225 people killed in the conflict remains unknown, according to the Observatory.
The fate of 30,000 people who have gone missing in Syria, including 20,000 said to be held in Syrian jails, was not documented in the toll.
It also did not take into account the fate of thousands of loyalist forces held by rebel factions or by the Islamic State group.
The Syrian conflict began with anti-government protests before spiralling into a multi-front war after a brutal government crackdown. 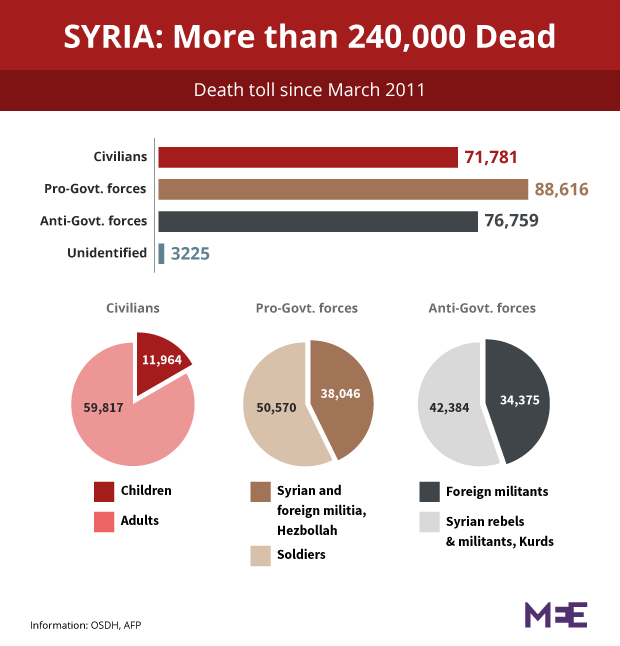