Experts say legalisation is only first step to supporting Moroccan farmers, with more work to be done 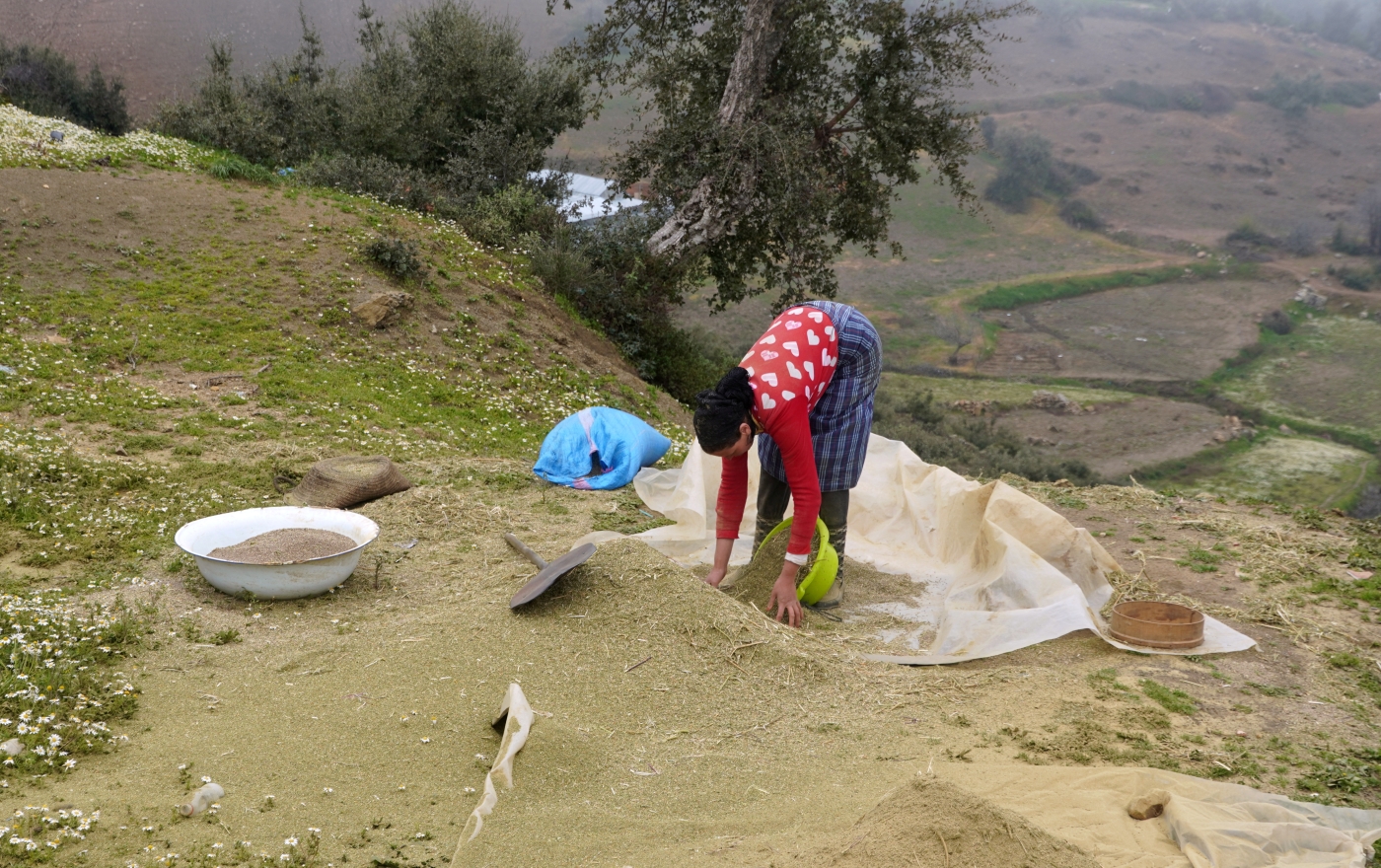 A farmer cleans cannabis seeds at a village near Ketama, in the northern Rif mountains, Morocco 13 March 2021 (Reuters)
By
Dario Sabaghi

As Morocco legalises the production of cannabis for medical and industrial purposes, tens of thousands of Moroccan farmers can now separate themselves and their livelihoods from prolific drug cartels, but some experts say that the new market might not be big enough for most.

By legalising medical cannabis and industrial hemp, in a bill adopted by parliament on 26 May, Rabat aims to attract investments and regulate the work of around 100,000 households whose income depends on the cultivation of cannabis. 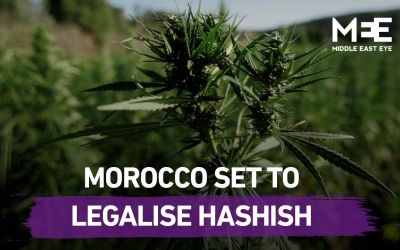 Alongside Afghanistan, Morocco is one of the world's chief producers of cannabis and cannabis resin - hashish, or what is locally known as kif. Moroccans cultivate cannabis on almost 50,000 hectares, mainly in the Rif region, in northern Morocco. The cannabis resin produced in Morocco is mainly destined for other markets, including North Africa and Europe.

Although recreational cannabis remains illegal, its use is traditionally tolerated in the kingdom. The cannabis culture in Morocco has also created an underground tourism industry over the years, which attracts foreigners who want to experience the renowned Moroccan hashish and see the production process.

The legalisation of medical cannabis and industrial hemp is a step forward for a country like Morocco. The bill, introduced by Interior Minister Abdelouafi Laftit, found opposition from the conservative and Islamist Justice and Development Party (PJD). But although criticism was based on religious and cultural grounds, some members of the party have supported and approved it.

"Today, we had the political courage to approve this bill because farmers only cultivate the cannabis plant. The harm of cannabis comes from those who transform the plant into drugs," said Ibtissame Azzaoui, a Moroccan lawmaker and member of the Authenticity and Modernity Party.

"They are the criminals, not the farmers."

Farmers had only one way to market their cannabis, by selling it to drug dealers, who would then transform and sell cannabis products wholesale in Europe. Under the new law, farmers can now sell cannabis crops legally and detach themselves from dependence on drug dealers.

Chakib al-Khayari, a cannabis activist and coordinator of the Moroccan Collective for the Therapeutic and Industrial use of Kif, told Middle East Eye that the introductory note to the bill showed that one of its objectives was to disengage cannabis growers from the criminal networks that are active in drug trafficking.

"In financial terms, the feasibility studies have confirmed that farmers will double the incomes that they currently generate dealing with drug traffickers," he said.

- Khalid Tinasti, director of the Global Commission on Drug Policy

On the social level, Khayari highlighted that the law will also relieve the lives of farmers. With around 16,000 people convicted in absentia for their cannabis farming activities, the illegal cultivation has negatively affected the social situation of their families and consequently severely impacted the lives of their children.

Khayari said the law does not expunge the records of those convicted. However, he added that "the king will certainly respond to the request to pardon them to start a new page, as he has always done".

He also highlighted that several studies have shown that the illegal Moroccan cannabis market is steadily declining due to a significant rise in cannabis production in Europe.

"Farmers will fear drug cartels less. They can plant cannabis crops legally, and there will be less land to be used for illicit cannabis products," she said.

Khalid Tinasti, director of the Global Commission on Drug Policy, also believes that the illegal market will shrink in the years to come as the legal debate and reform progress.

"[The drug cartels'] almost 70-year monopoly on Moroccan cannabis is being breached for the first time," he told MEE.

But he also cautioned that transnational organised crime is infiltrated, resilient and flexible, which enables it to survive in any situation and find cracks in every legislation. By not legalising recreational cannabis, Morocco will remain an important hub of illegal cannabis export in the world.

While regularisation of cannabis cultivation is pivotal for Moroccan farmers, Tinasti said the future of Moroccan cannabis farmers will depend on the implementation of the law.

He said that not all farmers will be able to enter the medical and industrial cannabis markets as they are not large enough to provide an economic space for most.

Tinasti has drawn his conclusion by observing the market in the United States, where both recreational cannabis and medical cannabis are legally allowed, with the latter representing no more than 10 percent of total usage.

Based on this, he believes the demand for medical cannabis in Morocco, which will depend on the conditions allowed for its use, will not be sufficient to absorb the supply.

Still, Tinasti views legalisation law as a giant step forward and a discussion that will only progress with time, empowering people to themselves decide on future steps.

"This medical legalisation will open the door for an industry that can develop and find other economic opportunities for farmers by providing them with better perspectives than the usual criminalisation and repression," Tinasti told MEE.

"When the whole framework is incomplete, the weakest actors should not pay the highest price."

The new cannabis law is only the first step to create a comprehensive legal framework to set up a cannabis market for medical and industrial purposes. The Moroccan government will need to build an efficient infrastructure to obtain economic and social benefits from cannabis.

The pivotal element of the bill is the establishment of an ad-hoc agency that will supervise all aspects of the cannabis sector, including authorisations. Experts nominated by the head of the government and other institutions, including the ministries of health and agriculture, will be appointed to the agency.

To cultivate cannabis crops for medical and industrial purposes, farmers must have Moroccan citizenship and be the owner of the land for cultivation or receive an authorisation from a landowner. Farmers will also need to be associated with cooperatives to be allowed to grow cannabis.

Tinasti recommends that, in order to create a competitive international market, Morocco should focus the next five years on the local one. Regulations should focus on accessibility, quality production, research and evaluation while developing industrial capacity, training and infrastructure.

"A strong national industry brings credibility on the international scene and allows for exports, in the middle to long term. And there is time to focus on capacity building since the targeted European medical markets are themselves nascent," he said.

Forecasts for the Moroccan cannabis market are promising, with its value expected to reach $28m by 2023, according to a report by Prohibition Partners. However, the efficiency of the medical cannabis market will depend on several factors, including patients' access, conditions for usage, and the investment in the sector planned by the government.

Regarding the industrial use of cannabis, there are many opportunities to track. Cannabis is a versatile plant, and many industries can benefit from it, including construction, wellness and food, as many studies have shown.

But if one of the ultimate goals of the bill includes fighting the drug trafficking networks, full legalisation is needed.

Several case studies, including of the US and Canada, show that a combination of decriminalisation and legalisation of recreational cannabis is more effective than repressive policies of punishment and incarceration.

'Morocco has its particularities, and it is a Muslim country. As a politician, I couldn't accept this kind of use [recreational] of cannabis'

For many experts, full legalisation is the necessary step to strip drug trafficking networks from the monopoly of recreational cannabis.

"I believe that, ultimately, the legalisation of all uses, with appropriate regulations, is not only feasible but is the only option ahead," said Tinasti.

"Nevertheless, it is an immediate option since this is a societal debate that needs to take into account concerns and voices, fears of all those concerned.

"Furthermore, drug policy will work only when all stakeholders are aligned on the same objectives."

But for Azzaoui, legalisation of recreational cannabis is not feasible in Morocco.

"Morocco has its particularities, and it is a Muslim country. As a politician, I couldn't accept this kind of use of cannabis." 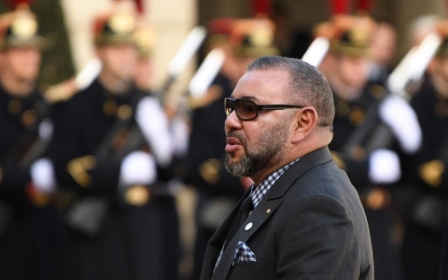