Morocco bids farewell to Rayan, the boy who died trapped in a well 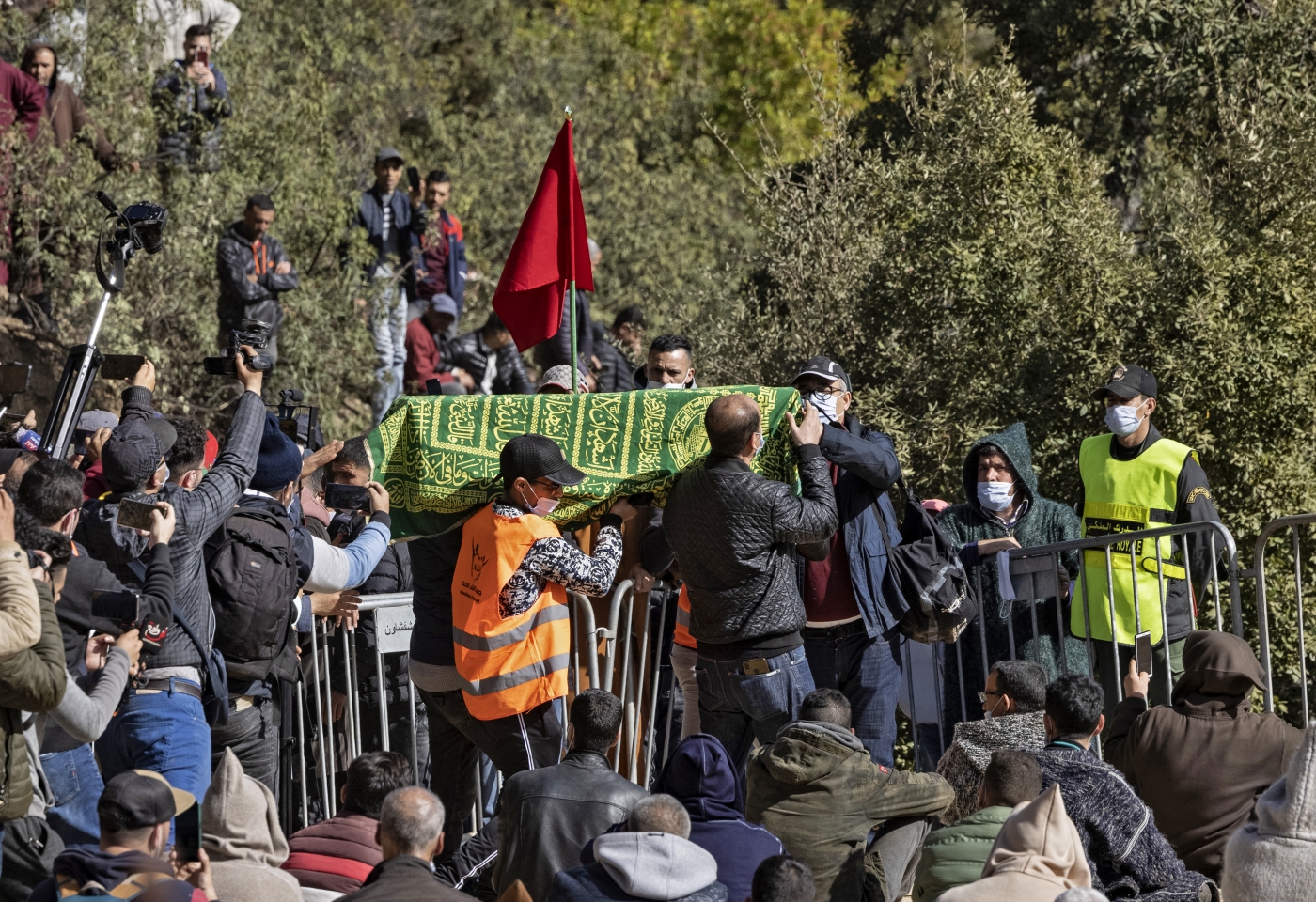 Moroccans bury five-year-old Rayan Oram in the village of Ighrane in Morocco's rural northern province of Chefchaouen, on 7 February 2022 (AFP)
By
Chaymaa Mohamed

Global tributes poured in following the death of Rayan Oram, the five-year-old boy who lost his life on Sunday after spending five days trapped in a well near Chefchaouen in the north of Morocco.

Social media ignited with condolences over Rayan's fate, uniting people over the tragic event that has gripped not only the North African country, but people across the world.

The hashtag #SaveRayan had captivated the world and was trending on social media after the boy fell into the well last Tuesday, as the vast rescue operation was streaming live. Users left messages of solidarity and sympathy as rescue teams worked around the clock to save him.

The striker then called upon other athletes, actors and celebrities to follow his example and assist Rayan’s family.

Hundreds of mourners on Monday gathered for his funeral following noon prayers in the village of Ighrane in northern Morocco's impoverished Rif mountains.

"I am over 50-years-old and never seen as many people in a funeral. Rayan is the son of us all," one villager told Reuters.

Khaled Aourram, Rayan's father, said he had been repairing the well, close to the family home, when his son fell in. The whole country took interest in the family's ordeal, with social media users launching an online campaign calling for help and solidarity.

The well's shaft was too narrow for Rayan to be reached directly, and widening it was deemed too risky, so rescue workers painstakingly excavated the surrounding earth down to the level where the boy was trapped, before drill teams dug a horizontal tunnel to reach him from the side to avoid causing a landslide.

Civil protection services attached a mobile phone to a rope and lowered it down to communicate with Rayan and monitor him through live images throughout the rescue effort. It is believed that he sustained injuries to his head after images of his bloodied face had circulated online.

Over the course of five days, hundreds of people gathered around the site where Rayan was trapped, offering their help to save him, while others set up make-shift kitchens to provide food.

On Saturday night, crowds had cheered as rescue workers cleared away the final few metres, but by the time they reached Rayan, it was too late.

Morocco's Royal Court on Saturday announced his passing, causing a wave of sadness and shock across the country and beyond.

Once recovered, the child’s body was taken to the military hospital in Morocco’s capital Rabat, accompanied by his parents.