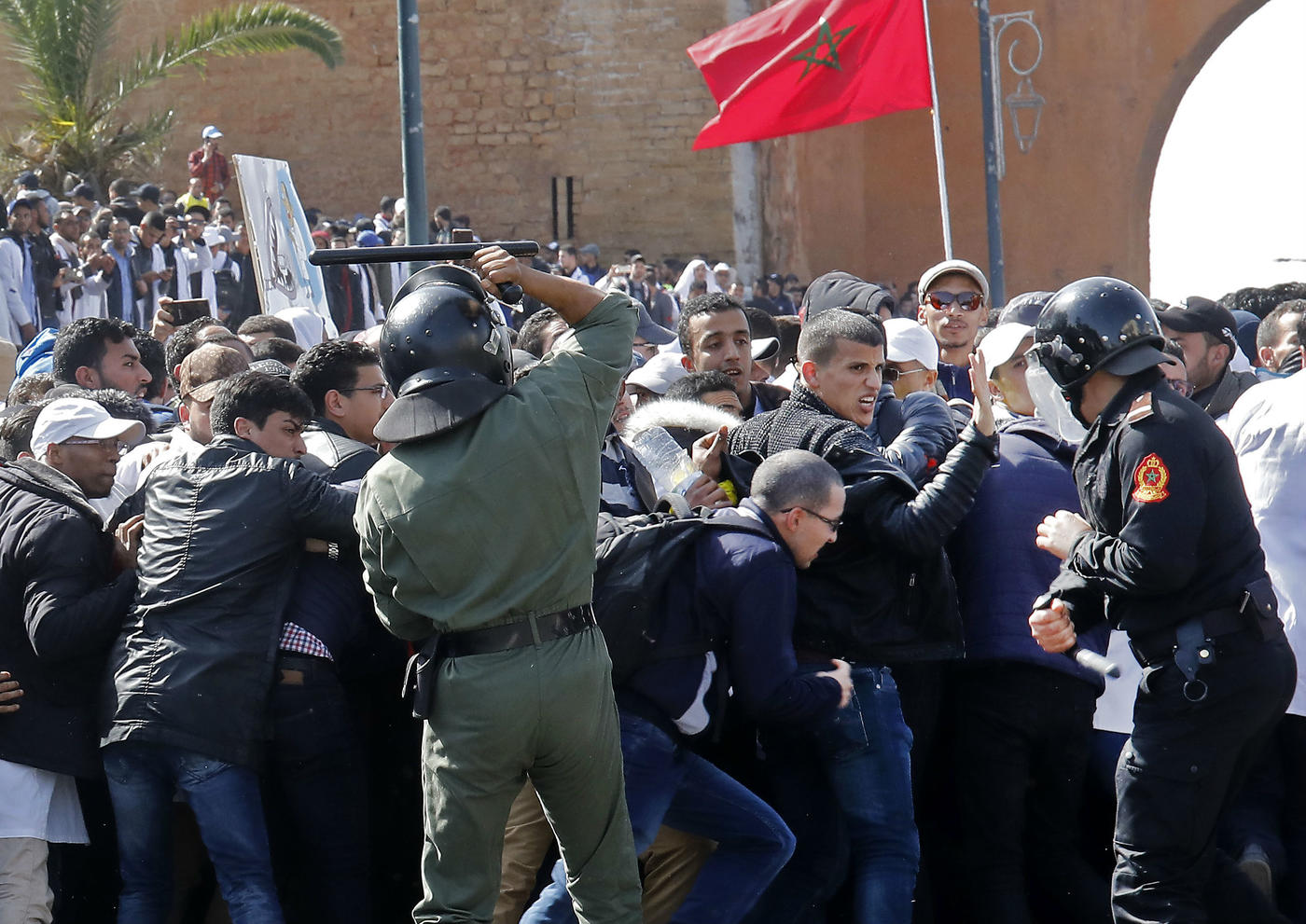 Ambulances evacuated the injured to hospital, the AFP news agency reported on Wednesday.

Thousands of teachers had taken to the streets of the capital to protest against fixed-term contracts which have been in force since 2016.

The demonstrators gathered in central Rabat, holding up banners that read "no to fixed-term contracts" and "no to the dismantling of public schools".

Some of the protesters decided to march on the city's royal palace and diverted from the main group, heading for an avenue that skirts the site.

Some protestors also chanted calls for an "end to dictatorship" in the North African kingdom.

Authorities said security forces intervened because the protesters were not authorised to protest in the area near the palace.

"We are acting for the good of public schools," said Rajaa Aitsi, a teacher on a fixed-term contract who took part in the protest.

"Teaching must be durable and teachers must have stability in order to educate children," added a colleague, Abdessamad El Amrani.

A spokesman for the education ministry told AFP on condition of anonymity that a meeting was expected to be held Monday with the teachers' union to discuss their demands.

The demonstration coincided with the anniversary of the pro-reform February 20 movement, born out of the Arab Spring protests of 2011.

"We chose to hold our march on this day which commemorates the February 20 movement because it symbolises the fight for dignity," said Omar El Gasmi, a member of a group of teachers on fixed-term contracts.

The protest was backed by trade unions and Morocco's banned but tolerated Islamist movement Justice and Dignity.

It also coincided with calls by trade unions for a nationwide one-day strike in the public sector on Wednesday to protest against inflation. Women
'They raped and tortured me': How girl's ordeal sent shockwaves through Morocco